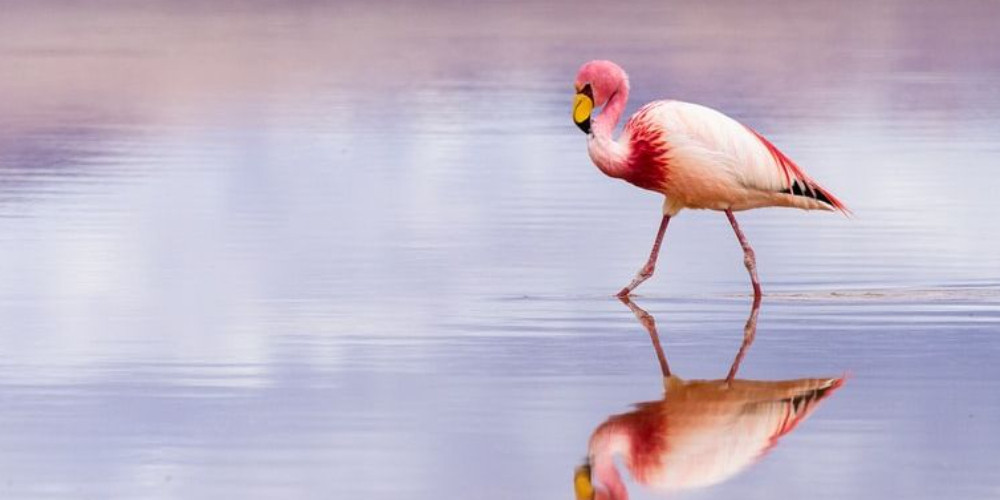 As I mentioned above, La Paz has an altitude of 3,640 meters. It is, of course, not so easy for everyone to get accustomed to higher altitudes. Some people may have problems with breathing due to a relatively lower amount of oxygen. Mostly, older people may have difficulties adapting. According to medical reports, lower oxygen in La Paz affects most of the visitors, leading to symptoms like headaches, fatigue, and loss of appetite. Unlike La Paz, Santa Cruz de la Sierra is only 416 meters above sea level, making its air and weather more compatible with the human health system.

The higher altitude of La Paz affects not only the amount of oxygen available but also the weather around the city. Unlike Santa Cruz De la Sierra, La Paz’s weather through the year is relatively colder. Also, the temperature difference in La Paz is higher, meaning that it is warmer during the day and colder at night. That is why even if you travel to Bolivia to spend time in La Paz, don't forget to bring warm clothes. There is about a 10-degree Celsius difference between the average temperatures in La Paz and Santa Cruz de la Sierra, with the latter being much warmer.

Due to its more population and business opportunities, Santa Cruz de la Sierra is a more dynamic and active city than La Paz. It is arguably the fastest-growing city in the country, where traditions and cultural norms are combined with modernity and westernization. Santa Cruz de la Sierra is an amazing place to experience Bolivian culture and how the local people and the modern lifestyle are embedded. There are many international companies, including American franchises, creating workplaces for local people.

If you are a history buff, there are some amazing museums for you to explore in Santa Cruz de la Sierra. Being located in an old colonial building, the Museum of Modern Art offers only temporary collections of modern art exhibits. You will find gorgeous paintings and sculptures made by both local and international artists and sculptors. The Museo Etno-Folklorico is another excellent place for observing different tools of Bolivia's ethnic groups, as well as their old weapons. Museo Guarani is a place for you to enjoy fascinating objects from Guaraní indigenous sites, cultural and musical events, etc.

Tourists find nicely built churches around the city, which prompts them to take a photograph there. Dating back to the 19th century, the Cathedral de Santa Cruz, aka the Cathedral Basilica of St. Lawrence, will attract you thanks to its ornate exterior design. It is the main catholic church in the city. If you go inside to the top of the clock tower, you will be fascinated by the panoramic view of the surrounding areas. You can also see the ancient gold and silver relics, as well as the world's one of the smallest books in the Cathedral. Other churches worthy of a visit include Trinity International Church, Ministerio Internacional Jesús Rey de Gloria, etc.

What to do in Santa Cruz de la Sierra

? One of the favorite options of visitors is to explore the 7 Calles Market to buy amazing fabrics and other traditional products. For the movie fans, there is the city’s largest cinema operates at the heart of Santa Cruz; that is the CineCener. Estadio Ramon Tahuichi Aguilera is a special place for football (soccer) lovers. If you are lucky enough, you can watch Oriente Petrolero and Blooming, two main rivals, play.

You will find many fabulous cultural landmarks and historical places to visit in Santa Cruz de la Sierra. One prime example is the ruins of El Fuerte, which is a designated UNESCO World Heritage site. Other historical and cultural places are the Jesuit Missions of Chiquitos, Iglesias de la Chiquitania, Parroquia de la Inmaculada Concepcion, Pabellon Sandoval, and many other amazing sites.

As I mentioned above, nature in Bolivia is so varied and beautiful. In Santa Cruz, tourists can go to Guembe Biocentro Resort, where they will get the best out of their visit to the city. It has a phenomenal park, where you can see a massive butterfly dome and do some fishing in the lagoons. Lomas de Arena is another fascinating place allowing visitors to enjoy sandboarding. Other must-visit places in Santa Cruz De la Sierra include Jardin Botanico, Amboro National Park, Kaa-Iya del Gran Chaco National Park, etc.

The city is blessed with gorgeous parks and gardens. Parque El Arenal is, for example, one of the oldest parks in Santa Cruz. It is an amazing place to peacefully stroll among trees and all the greenery, or even go paddling in the lake. Kaa-Iya del Gran Chaco National Park is a breathtaking place for those who like observing wild animals, such as Jaguar. It is the biggest national park in the country. In Jardin de las Delicias, you will find peaceful greenery and a waterfall.

How safe is it to travel to Santa Cruz de la Sierra?

Topics
Apply for any visa in two clicks!
Cities
Do you want to get a Bolivia visa easily?
Get your visa now 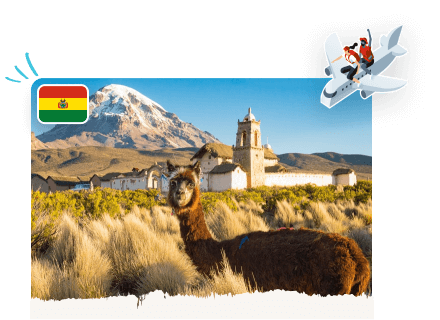