10 reasons why you should travel to Xi'an instead of Beijing 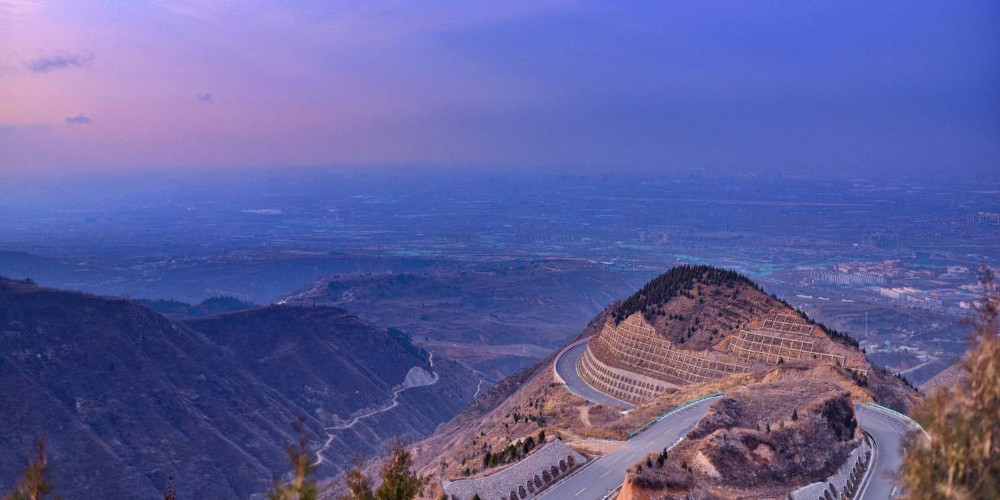 China, the world’s most populous country, is rich in natural and cultural attractions. The history of China is thousands of years old, and the unique thing is that 47 travel destinations of China are included in the World Heritage. It is not surprising that tourists travelling in China are the first to visit popular tourist destinations here. China is a country that is counted among the brightest, vibrant, colourful and life-rich countries in the world; that’s why people travel to China in that large numbers.

Some cities like Xi An, Beijing, Shanghai and Chengdu of China are stunning and worth visiting. Millions of tourists visit China to see those magnificent destinations. But because you have less time, you cannot travel to all these places. If you want to know which city you should choose, Beijing or Xi An, to visit, the answer to your question is hidden in this article. Let’s start.

Which city is better for travelling, Beijing or Xi An?

● Xi An - The city is famous as a historical city. Apart from travelling here, you can also enjoy much favourite local food. Liang Pi, Rou Jia Mo, Crumbled Flatbread in Mutton Stew, Gourd-Shaped Chicken, etc., are usually eaten here. Also, you can enjoy Biangbiang Noodles, Vegetable Stew with Lamb/Beef Ball, Glutinous Rice with Jujube and Jello Stew with Rice Noodles. Therefore, in terms of cuisine, the city is several times ahead of Beijing.

● Beijing - A roasted duck, jiaozi, Jing Jiang Rousi, Donkey Burger etc., are famous dishes of Beijing, which symbolize the cuisine here. Whenever you visit Beijing, do not forget to taste these dishes, because you will not find them anywhere else in the world.

● Xi An - After visiting Xi An and its sightseeings, you will need a hotel in Xi An. So we want to tell you that a lot of luxury hotels are available in Xi An. Apart from this, you will find many hotels in the range from low-budget to high-budget, which you can choose at your convenience. You can also stop here at the unique local guesthouses and residences. Rooms are available for around $100 to $600 for your stay in China. Therefore, more affordable accommodation choices are available here than in Beijing.

If you are planning to travel to Xi An or Beijing, first of all, you should know the weather and climate and the best time to travel here. China has a typical monsoon climate, but the dry and cold season is the longest. Tourists are generally advised to visit both cities between April and November. September to October is the autumn which is considered to be the best time to visit here because during this time these cities have the most beautiful weather. If you are thinking of travelling to China, then it is better to travel between December and February, because then the tourist congestion is less and the cost of hotels and flights is lower. If you wish, you can also visit Xi An this season.

● Xi An - Few people would ask where is Xi An? As everybody is familiar with this great city in China. This city of China was known as Changan before. The city is one of the birthplaces of Chinese civilization, which was the capital of China for 1200 years with a great history of about 6000 years. About 13 dynasties of China made this city their capital. Hence the city has become a dominant city of economic and cultural exchange. Before Beijing, Xi An was the capital of China.

● Beijing - Along with being the capital of China, Beijing is a city where one of the ‘7 Wonders of the World’ can be seen. Historical buildings, forts and monuments of many ancient kings and dynasties can also be found here. The grand ancient civilization of China, associated with the Yuan, Ming or Qing dynasties, can be seen in the grand historical buildings here. Beijing has the largest central square in the world. Like other big metros of the world, there are multi-storey buildings, fashionable people, heavy traffic, big shopping malls and business establishments. All the sites here are mainly ancient and historical.

● Xi An - In this city, you can experience both ancient past and magnificent present. The lifestyle of the people here is the best combination of Chinese culture and history, which creates a unique form of local tourism. People here will be seen walking in the parks of Xi An city in the morning. Even in the group practising Tai Chi, you can see people doing martial arts. You too can enjoy this city, and make your trip more memorable. So it would be better to travel to this city instead of Beijing.

● Beijing - Located in the northern part of China, Beijing is a mix of historical and modern sites with a blend of modern and traditional architecture. The people of Beijing have significant contributions in history, business and economy, culture, fashion and art, sports, technology.

● Xi An - Xi An is known for colourful folk customs, folk arts and traditional sports activities. Here you can enjoy traditional Sanskrit like sculpture, theatre, dance, opera, weaving and construction crafts etc. The northwest Los-style charm is definitely felt here. Perhaps this is one of the reasons many tourists from all over the world travel to China.

● Beijing - Those visiting the city for the first time can feel overwhelmed by seeing all of the city’s places, temples and massive stone walls and large doors that are rich and full of life here. Beijing, the capital of the People’s Republic of China, can be called a treasure of art and culture.

● Xi An - Are you curious to know more about what to do in Xi An? I am keen to tell you that you can go shopping in Xi An apart from eating amazing dishes and visiting different places. There is another place where you can never get bored. This place is the market here. Yes, when it comes to Fashion Street, here you can do unlimited shopping from lots of great markets. Luxury malls are seen by tourists here, so this city is exceptional in terms of shopping.

● Beijing - The city is known for its architectural monuments, historical relevance, culture and delicious cuisine; the city has something for tourists of all ages. Being the capital of China, there are many shopping markets available, but tourists shop less here compared to Xi An.

● Xi An - The nightlife here is different and more delightful than the nightlife of all the cities in the world. People live colourful and enjoyable lives here. Tourists visiting the city can listen to music and watch the Light Fountain Show at the enormous Wild Goose Pagoda North Square. Dinner can be served around Tang Heaven or at the Muslim Quarter and Yong Jing Phang. The beautiful bars and clubs here have fabulous nightlife, which attracts more tourists.

● Xi An - Do you want to know what to do in Xi An? Terracotta warriors, ancient city walls, etc., are old places to visit here. Around Xi An City, there are some pleasant scenic views, for example, Mount Hua.

● Beijing - If you want to find out about the country’s long history, culture, then there are many incredible and wonderful sights for your choice here. There are historic places to visit, such as the Great Wall of China, Tiananmen Square, Beihai Park and The Temple of Heaven.

Xi An’s Terracotta Army - Xi An Terracotta is the largest underground military museum displaying army warriors discovered during excavations by farmers. These armies represent all other Chinese heritage armies during the period of the Warring States. In 1987, the Terracotta Army was listed as a World Cultural Heritage Site of China by UNESCO. The museum has four main categories, including chariot warriors, infantry, cavalry and horses. Millions of tourists come to see this cultural heritage site.

Beijing’s Forbidden City - In ancient times, this forbidden city was only for the nobility, and the ordinary people were not allowed to enter here. Known as “The Palace Museum”, the Forbidden City was the royal palace of the Ming and Qing dynasties for 560 years until 1911. The forbidden city of Beijing is a grand display of Chinese architecture with over 8,000 rooms and golden roofs. It was also home to 24 emperors. If you are interested in travelling to historical places, then definitely go here.

Knowing so many things about these two cities, you must have decided which city is better? Yes, Xi An City is better than Beijing. Now you have already a better vision of where is Xi An and know that Xi An city of China is famous worldwide for its delicious cuisine, luxury hotels, nightlife, and many historical sites.

Topics
Apply for any visa in two clicks!
Cities
Do you want to get a China visa easily?
Get your visa now 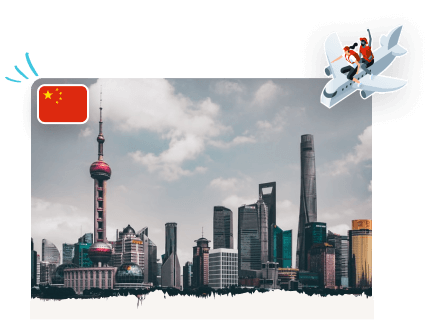