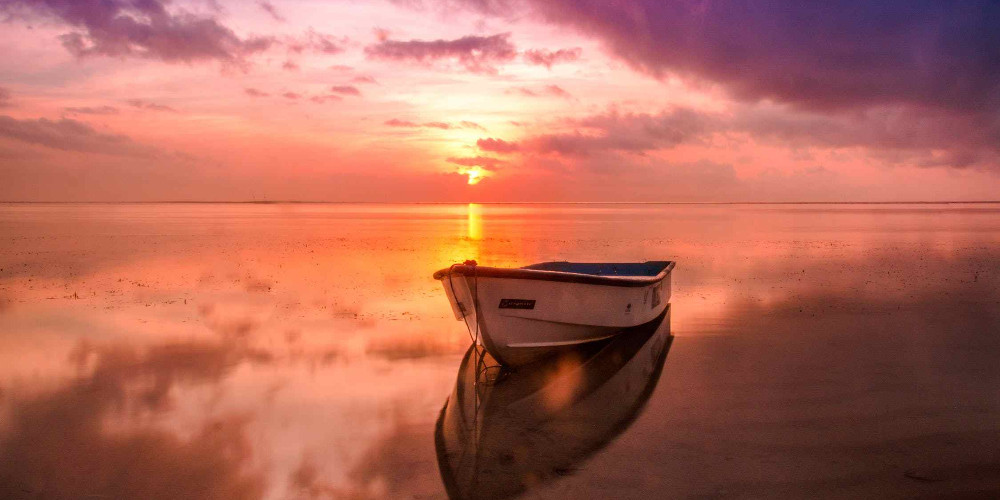 Where are Cocos Islands?

The Cocos (Keeling) Islands are a group of small coral islands in the Indian Ocean that are the Australian outer territory. There are 27 small islands. The area is only 14.2 square kilometres. The capital is the West Island, located on the island of the same name. The Cocos Islands Airport is also located here. The island was discovered by Captain William Killing in 1609, so it is also known as the Keeling Islands. In a vote in 1984, the people chose to join Australia. Australia Day is celebrated in the Cocos (Keeling) Islands on the last Monday in January, and the Queen's Birthday is celebrated on the second Monday in June. The first Monday in October is dedicated to the celebration of Labor Day. Cocos Islands Western Australia, are suitable for tourists who prefer to spend their holidays on tropical Cocos Islands beaches. Fans of suburban resorts will love the small uninhabited islands of the archipelago, where tourists are taken by boats or yachts. The Keeling Islands are a popular destination for ocean yacht owners as they are favourably located en route from Bali to Mauritius. At the same time, ironically, the quality of the beaches is much superior to Bali and even Mauritius. For active vacationers, canoe tours, boat trips, as well as group and individual diving lessons are organized. Tourists with interest in the underwater world will be able to snorkel in the clear coastal waters. Cocos Islands Australia are very popular among surfers. During the trip, vacationers will have the opportunity to go on exotic fishing, after which the organizers prepare the catch of Keeling's guests according to the national recipe.

What is the best time to visit Cocos Islands?

The archipelago is influenced by a humid tropical climate. The average annual temperature is +27 - +31°C. The amount of precipitation reaches 2300 mm per year. It is rainy here in July and August. It is not recommended to come to rest during the cyclone period from October to April. The best time to visit Cocos Islands for a beach holiday is the dry season, from August to January.

How many people live in Cocos Islands?

The population in July 1997 was 617 people. The country is now home to only 544 people, 84% of whom are Malays, 9% are Europeans (mostly British). Most of them settled in the village of Bantam on the island of Home. Home Island and West Island Cocos (Keeling) Islands are the only inhabited islands in the archipelago. Although the ethnic composition of Cocos Islands Australia is not large, there is a certain diversity. The majority of the country's believers are Muslim - 91%, Christians - 7%.

How to travel to Cocos (Keeling) Islands?

There is no direct flight between Cocos Islands Australia and the countries of the CIS and the European Union. To reach the archipelago, tourists and their fellow travellers will have to take a flight to Perth, Australia, from where a Virgin Australia plane can fly to their destination via Christmas Island. They have their own Cocos Islands Airport (CCK). The plane en route from Perth stops at Christmas Island, which is also Australian territory. Thus, it makes sense to try to visit both islands in one trip. Connecting flights to Perth are operated by airlines such as Singapore Airlines, Qatar Airways, Malaysia, Emirates, Aeroflot, and Royal Jordanian. As soon as you land at Cocos Islands Airport, you will be amazed by the magnificent views of the Cocos Islands Western Australia!

The Cocos (Keeling) Islands are mainly inhabited by Malays, so the local cuisine is a mixture of Australian and Malay culinary traditions. In addition, Islam, which is the dominant religion, has had a great influence on cooking. Key foods: rice and ocean food. Pork is not eaten on the islands due to religious restrictions. During the trip, tourists will be offered chicken meat with lemongrass, curry and Ayam Begana, coconut water, meat with Renlang spices, chicken or beef saute, as well as meat cooked with beans. Fans of gastronomic tourism will be delighted with a wide selection of seafood dishes. Vacationers will be able to taste shrimp, lobster, and a variety of fish. First, the guests of the Cocos (Keeling) Islands and their fellow travellers will be offered Laksa Johor Malay noodle soup. As a side dish, rice is usually served in all kinds of variations. We recommend trying the Nasi Goreng Berkat dish based on fried rice. At the end of the meal, vacationers will be able to enjoy Ais kacang with ice cream, basil seeds, and peanuts, sweet milk Dadhid, halva, coconut Ladoo, fruits, and desserts based on them. The most common drinks in Cocos Islands are tea, coffee, bottled water, and juices. Locals practically do not drink alcohol, so it is not customary to serve alcohol in restaurants. However, while travelling, tourists will be able to purchase alcoholic drinks in some shops.

The official currency of Cocos (Keeling) Islands is the Australian dollar (AUD). You can exchange currency on vacation at the airport and in some hotels. We recommend stocking up on local money since cashless payments on the islands are practically not practised. There are no ATMs in Cocos Islands Western Australia. Travellers' checks can be cashed at several West Island Cocos (Keeling) Islands hotels. It is impossible to use a travel check on vacation in suburban areas. The best places to explore in Cocos (Keeling) Islands: On the territory of Cocos Islands, Australia, there is not a single object from the list of World Heritage or claiming to be protected by UNESCO.

is one of the island's most popular tourist attractions. You can come across many birds and living species in this national park, which is also used as an important and scientific research area of the region. Pulu Keeling National Park, one of Australia's smallest national parks, is the favourite of those who want to explore the plant and animal species on the island.

If you are dreaming of snorkelling on the crystal clear beaches and enjoying the Instagrammable view, you should stop by Direction Island. This island, where you can swim in turquoise-coloured waters that do not deepen suddenly and get tan with the effect of the warm sun, is one of the points worth seeing in Cocos (Keeling) Islands.

When you visit this holiday paradise dazzling with its magnificent beaches and picturesque nature, discover the local characteristics of the region, traditions, and culture of the Cocos Malay people, as well as sun and sea tourism. Do not forget that you have to catch the ferry to Home Island for this enjoyable exploration.

West Island Cocos (Keeling) Islands, one of the meeting points of amateur and professional surfers in the region, is also home to Trannies Beach. Trannies Beach is one of the most popular beaches on the island. This island, where you can observe turtles, sharks, and many bird species, is also famous for its forested area consisting of palm trees.

, which was called Prison because it used to have a prison on it, is also known as Pulu Beras, which is a Malay word. Remains from the prison and cute walking paths await you on this island surrounded by shallow waters. If you like hiking, you can be sure that you will enjoy this island quite a lot.

Cocos Islands is a premium tourist destination, so hotels are expensive (room rates start at $ 150 per night). In high season, you need to book in advance, as all hotels are full. Cocos Castaway, Cocos Seaview, Cocos Village Bungalows, Cocos Beach Resort, and Oceania House - Cocos Island are just a few of these amazing hotels.

In memory of the trip, tourists often buy: 1. T-shirts, scarves, and bags with local symbols; 2. Postcards, photographs, and magnets depicting island landscapes; 3. Lamps made of nutshells; 4. Decorative items made by local artisans. If you want to travel to Cocos Keeling Islands, you need more information than the answer to the basic questions such as "Where are the Cocos Islands?" or "How many people live in the Cocos Islands?" And here it is, your perfect travel guide to Cocos Islands, Australia!

Apply for any visa in two clicks!
Topics
Islands
Do you want to get a Cocos (Keeling) Islands visa easily?
Get your visa now 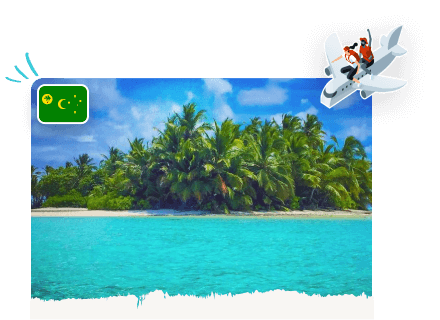