Standing tall: Most notable pyramids of the world 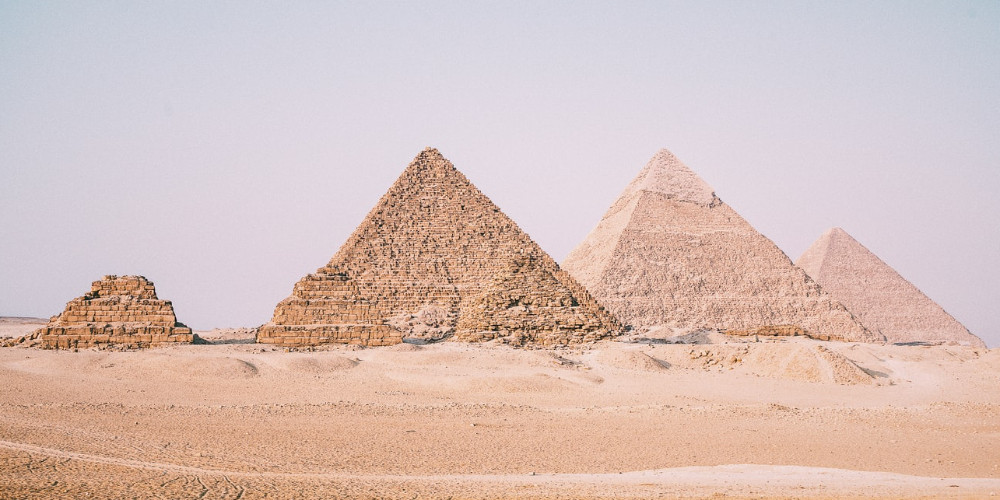 Greatness and luxury have always been a symbol of power. Today, we see that the purpose of giants, who are both politically and economically influential, in constructing the largest and tallest buildings in an extraordinary design is to demonstrate their power by competing with each other. It is a real claim on "behaving like a pharaoh." In this article, you will find the most notable pyramids that exist in our world.

Egyptian pyramids, one of the magnificent monuments that history has inherited to us, are also a message of greatness and power. Religious views and unusual burial rituals of ancient civilization are indeed of great importance here. If you ever interested in where is the great Pyramid of Cheops? This giant pyramids in Giza, near Cairo, is the Pyramid of Cheops and is on the list of Seven Wonders of the World. The pyramid, built 4,500 years ago, is known as the burial place of the Pharaoh Khufu (Cheops), and its construction had started built he was alive. The length of the big pyramid is 138 meters. However, it is said to be 146 meters long before it is exposed to abrasion. Pyramid of Cheops consists of 2.3 million stone blocks. The volume of the giant, weighing 5.9 million tons, is 2.5 million cubic meters. It was constructed over 20 years. These figures rightly raise these questions: How did the Egyptians manage it? Who built Egyptian pyramids?

The stone blocks used for the construction of the temples weigh in tons, and it is known that the granite stones were brought to Cairo from remote areas - the Sinai Peninsula. How would it be possible to build a pyramid without any technical equipment? Who built Egyptian pyramids? At this point, those who give several theories also suggest the role of the aliens. But recent research has revealed a mystery. First, let's see how the blocks were transported from a long distance. Archaeologists have uncovered 1224 pieces of wood at the bottom of the pyramid during excavations. As a result of joining these pieces, a giant ship emerged. Scholars say that this is a symbolic means for Pharaoh to move on to another life after his death. However, the fact that the boat has a dismantling mechanism is another question. It is assumed that boats, used to bring the stones from the Sinai Peninsula, were pulled down to the Red Sea by land. Another hypothesis is that rocks were brought to the area of a pyramid through the canals excavated in the Nile. The scientists found the three thousand years old dairy confirming this during the excavations. The diary is said to belong to an Egyptian named Merer, who took part in the construction of the pyramid. Archaeologist Mark Lehner notes that sketches of these canals have already been developed. Special supports were used to lift such heavy stones during construction. Accurate calculations were also made to obtain the shape of a pyramid, as it would not be possible to produce such a perfect structure as a result of a slight misalignment of the stones.

The construction of these famous Egyptian monuments in the form of a pyramid was purposely chosen to be seen from a distance. Pyramid of Cheops is distinguished not only for its greatness. In other pyramids, the pharaohs' tombs are under the pyramid. A particular room was built in the centre of the pyramid for the Pharaoh's mummified body in the pyramid of Cheops. The Egyptians believed that man had another life after death. It was essential to keep the body as it is, so the spirit separated from the body could find it easily. For this purpose, the body was mummified by particular substances. The deification of the pharaohs led them to build such luxurious pyramids to preserve mummies.

Egyptian pyramids also function as the sun clock. As a result of correct astronomical calculations by engineers, the pyramids are exposed to sunlight twice a year: on the birth of Pharaoh and his ascension to the throne. Apply now for Egypt visa to explore the pyramids and enjoy the magic of history.

Among the world-renowned pyramids, Chichen Itza also holds a special place. The legacy of the Mayan culture is attributed to Itza people of Maya, and its meaning is "At the mouth of the well of the Itza."  One of the largest pyramids in the world - Chichen Itza located in the ancient city of Chichen Itza in the Yucatan province of Mexico. The height of the Chichen Itza pyramid, also known as Kukulkan, is 24 meters. The monument, which is in the UNESCO Cultural Heritage List, has been ranked among the Seven Wonders of the World since 2017.

The Chichen Itza pyramid has a different style than the other pyramids. The building with four staircases was built for astronomical research of Mayans. The pyramid with 91 steps on each side is said to represent the days of the year (91×4=364). When adding the top step on the pyramid, you can get the days of the year. It is also known that the Mayans held several rituals in Chichen Itza. With these rituals of human sacrifices, the two-headed feathered serpent deity named Kukulkan was worshipped. In the construction of one of the most notable pyramids - Chichen Itza Pyramid, the Mayans have shown excellent engineering skills. For example, during Equinoxes in the spring and autumn (night and day equalization), the sun rays falling to the pyramid shadow the letter "S" towards the two snake-heads at the end of the steps due to the protuberances.

These monuments which I mentioned are just two of the largest pyramids in the world in other countries of the world and the most magnificent in architecture.