Travel to the new 7 wonders of the world 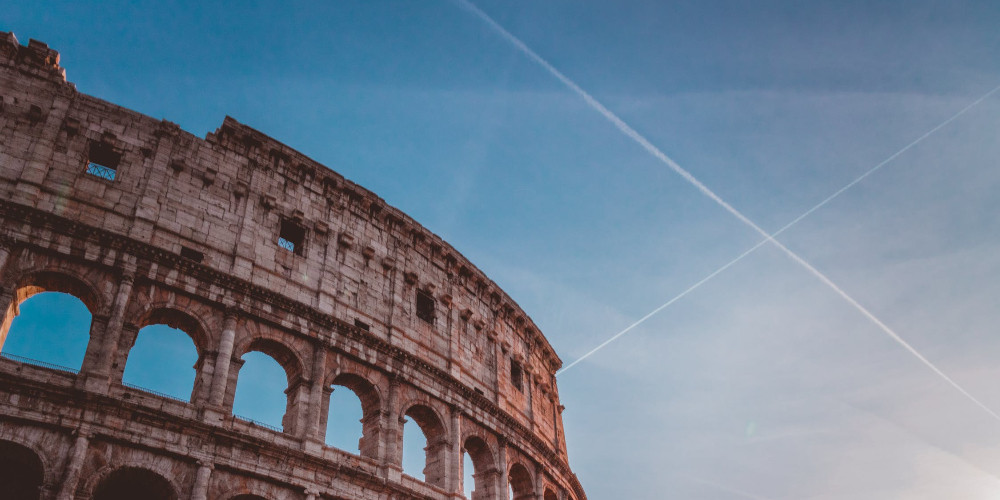 7 Wonders of the World ... It is likely that the first thing that comes to mind when reading this phrase is the Egyptian pyramids. This is due to the worldwide popularity of the pyramids, as well as the fact that the Giza Pyramids complex is the only structure that remains behind the list of "7 Wonders of the Ancient World" and survives. In fact, there are several lists under the heading "7 Wonders of the World." The first and most famous of these were the buildings that began to form before our era and are now known as the "Seven Wonders of the Ancient World." However, both in the Middle Ages and at the beginning of the 21st century, various movements and authors have compiled lists of monuments that still exist under the title The Seven Wonders of the New World. The most famous of these is a list of "New 7 Wonders of the World" selected and created by people in 2007 based on online and classic voting methods, a movement that began in 2001 and lasted for several years. The buildings on this list are still monuments that have managed to survive around the world.

What are the seven wonders of the world today?

It should be noted that the "Pyramid of Giza" is the only building on the list, both new and old 7 wonders of the world. Now we will introduce you to 7 New Wonders of the World that you can travel and see with your own eyes. In fact, there are 8 buildings on the list!

1. The Pyramids of Giza

The complex, known as the Pyramids of Giza, includes the Great Pyramid of Cheops, the Pyramids of Hephrem, and the Pyramids of Menkaur. The most famous of these is undoubtedly the Pyramid of Cheops, known as the Great Pyramid. The stones of these pyramids are estimated to weigh about 2 tons, and given those ancient construction methods that built these incredible structures, we can easily understand why they are so popular on this "New 7 Wonders of the World" list. Traveling to Egypt, you can see this complex, located around Cairo, with your own eyes and one of the millions of tourists who admire this miracle. It should be noted that the Pyramids of Giza were not included in the list as a result of voting, but as a "candidate of honor" by those who compiled the list directly. In fact, in the list of "7 New Wonders of the World," there are 7 buildings in addition to the pyramids of Giza.

2. The Great Wall of China

What is the maximum length of a wall, a wall built by people? More than 21 thousand kilometers! The Great Wall of China was first built in 221 BC by the order of the Chinese emperor for only ten years. During the following centuries, the dam's construction continued at various times and was extended by thousands of kilometers. During the first ten years, 2,450 kilometers of the dam was completed, and construction was carried out under very difficult conditions. During the decade-long construction work, more than 400,000 Chinese died from harsh working conditions, frost, hunger, and thirst. Those who perished were "built" on the wall by order of the emperor. That is why there is a saying among the Chinese people about the wall: "These walls, which absorb as many people as every brick, are the longest cemetery in the world." Despite all these spitting facts, millions of travelers dream of seeing this miraculous structure with their own eyes. That is why this dam is one of the most visited places in the world for many years.

Its unique architecture makes the city of Petra, a region in Jordan, one of the Wonders of the World. Thus, most of the city's monuments were carved from the stones of the mountains and highlands that once surrounded the city. In our modern world, this architectural marvel is of great interest to people. The ancient building, known as the "Temple of Petra", is one of the monuments that increase the city's glory. In 2019 alone, more than one million tourists visited the city of Petra.

This monument, which has become a cultural icon of Rio de Janeiro, Brazil, and the whole Christian world, is included in the list of the most outstanding buildings of our modern world and the new world's wonders. This monument, 38 meters high and 28 meters wide, was built at the beginning of the last century for 9 years. Every year, millions of people, regardless of religion, visit Rio de Janeiro, one of the world's most popular tourist destinations, to see this huge statue, a cultural symbol.

Located in northern Peru, in the region known as the Eastern Cordillera, at an altitude of 2,430 meters above sea level, this town is considered a symbol of the ancient Inca people who were wiped off the face of the earth. The city center stretches from the Andes to the Amazon rainforest. "Machu Pichu" means "Old Mountain", "Old Peak". The town was built in the middle of the fifteenth century but existed only a hundred years later. The lost city was rediscovered in the early twentieth century, just four hundred years after the city's population fled due to illness and war. Without affecting the town's ancient architecture, certain reconstruction works were carried out and restored for tourists to visit. Due to its location in a dangerous area and its intolerance of any natural disasters, the town is expected to be added to the UNESCO World Heritage List. However, the region remains one of the main tourist centers, and in 2019 alone, more than one and a half million tourists visited Machu Picchu.

Located in the Yucatan region of Mexico, the Mayans built this large city in the sixth century AD and continued until the thirteenth century. Its architectural style, history, nature, and many other features are enough to made this city on a list of the Seven Wonders of the World. In 2017 alone, more than two and a half million people visited Chichen Itza, one of the world's most popular tourist destinations, to see this uniqueness with their own eyes.

Located in Italy, the Colosseum, the most magnificent historical monument of ancient Rome, is also known as the Flavian Amphitheater. It took 8 years(in the first century AD) to build this magnificent wonder. For centuries, this monument has hosted battle scenes of world-famous gladiators and wild animals, imitating naval battles. The elliptical Colosseum, 48 meters high and 527 meters in circumference, was severely damaged during the reign of Emperor Macri and was subsequently rebuilt, but was later partially rebuilt. The building is currently being carefully guarded by the Italian government. The Colosseum, one of the Seven Wonders of the Modern World is considered one of the brightest tourist attractions as the most famous symbol of Rome. According to the chronicles, "As long as the Colosseum exists, so will Rome, and when the Colosseum disappears, so will Rome, and with it the whole world." We should also note that this is the only World Wonder in Europe.

Jahan Shah, who ruled India in the Middle Ages, decided to erect a tomb in memory of his beloved wife, Arjumand Banu. This tomb was to be beautiful, eye-catching, and at the same time, magnificent, symbolizing pure love. That is why Jahan Shah, who brought the world's greatest masters to India and sacrificed all his treasures to this tomb, laid the foundation of the Taj Mahal, which is visible to the whole world today. The construction of this magnificent monument, which began in 1631 and was completed after 19 years of construction, is 82 meters above the ground. The symbolic golden crescent on the white marble monument with bright blue veins adds to this height. Considered one of the Seven Wonders of the Modern World, this monument was visited by more than ten million tourists in 2018 alone. Seeing with your own eyes the 7 Modern Wonders of the miraculous world is many living travelers' dream. As long as you have a chance to see these monuments, which attract millions' attention, it is not worth wasting time. Happy travels!

Topics
Apply for any visa in two clicks!
Travel