The best holiday destinations in Cuba 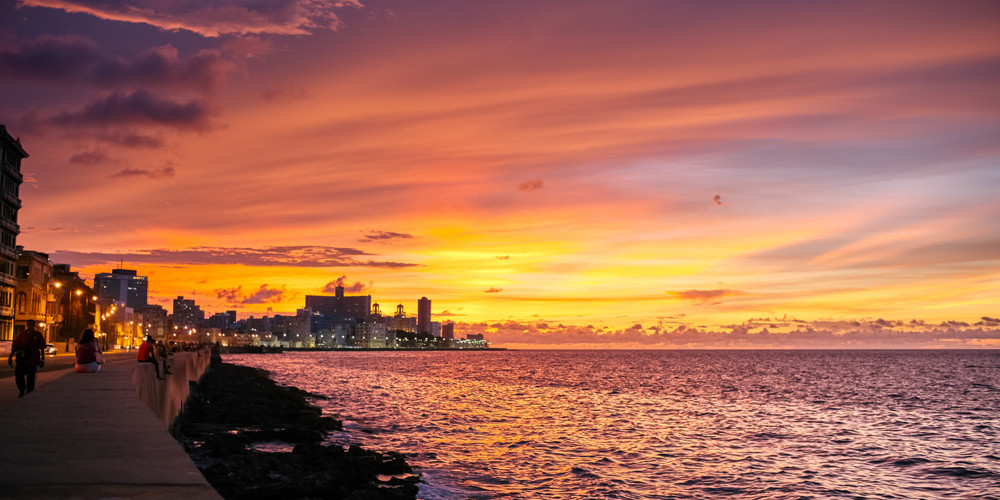 The Republic of Cuba is a conglomerate of the islands of Cuba, Isla de la Juventud, and several other smaller islands. It is located at the confluence of the northern Caribbean Sea, Gulf of Mexico, and the Atlantic Ocean. Cuba is located east of the Yucatán Peninsula (Mexico), south of the American state of Florida and the Bahamas, west of Hispaniola (Haiti/Dominican Republic), and north of Jamaica and the Cayman Islands. Cuba is the largest of the island groups in the Caribbean and is filled with a montage of culture, history, and a landscape that enthralls and enamours at the same time. The island has a coastline running up to almost 5000 km, adding to the island nation's mystique. However, before we embark on an epic journey, a quick reminder is to get your Cuba visa and passport in order since those are the most important travel documents you would require to enter the country. To acquire all your information regarding visa processes to travel to Cuba, you may visit our website's "Services" section.

Havana is the capital city of Cuba and its largest city. Old Havana is a UNESCO World Heritage Site and is well preserved. The Baroque and neo-classical architecture adds lustre to the cityscape, complete with cobbled streets. It illustrates the life spent by citizens almost 200 years ago. The crowd pullers in Old Havana are Plaza de Cathedral, Catedral de San Cristobal, Bodeguita del Medio and Castillo de la Real Fuerza. A few other places can be added to the list, notable of which are Plaza Vieja and Casa del Conde Jaruco.

A visit to the beach when in the Caribbean is akin to a ritual. If you miss it, then the visit remains incomplete. Varadero is among the top destinations in Cuba, and it is also a major tourist attraction in Cuba. It has the best beaches in the Caribbean, and past visitors will vouch for it. It is located at the Peninsula de Hicacos, jutting out into the sea off the North coast, and is connected with the mainland by a drawbridge.

Varadero has a cluster of hotels that cater to the ever-growing number of visitors. It is, for a reason, one of the best summer holiday destinations. Do visit the Parque Ecologico Varahicacos (Varadero Ecological Park) and Cueva de Ambrosio and Cueva de Musulmanes, which are caves waiting to be explored. The beaches witness lots of activities throughout the year like diving, snorkelling, deep-sea fishing. Those who wish to do a thing not related to the beach and the seas can play a round of golf, skydive to glory and attend numerous cultural events year-round.

It is a picturesque town situated in the west of Cuba. The town is devoid of any colonial hangover or remnants and does not boast of the island nation's cultural life. However, it is still one of the best summer holiday destinations and probably amongst the best family holiday destinations in the country solely because of its marine life. The spectacular beaches and the undulating landscape gradually merging into the azure of the sea is what makes Maria la Gorda the perfect answer to the question: What is famous in Cuba.

It is a small resort off the coast of Cuba and is locally known as Cayo Largo. Another answer to the question: What is famous in Cuba? So Cayo Largo or Long Cay attracts thousands to its beautiful beaches. It is at the top of the list of the best family holiday destinations in the world. If you travel to Cuba and do not visit its beaches, then it is time you go back and visit it.

Most often, tourists ask questions like the main tourist attractions in Cuba or the cheapest holiday destinations, the answer to both lies here. Santiago de Cuba is situated in Eastern Cuba along the coast and is one of the vital stops to any coastal tour. The city is deeply entangled with its colonial past, and every street corner illustrates that. The Parque Cespedes or the central plaza is host to many colonial structures, and missing this part of the city would mean missing a large part of it. Castillo de San Pedro de la Roca, a 17th-century fortress, is both breath-taking and huge and provides an awesome view of the ocean.

The Vinales valley has tobacco plantations and is enclosed by mountains from all sides. It is amongst the most beautiful of all the national parks in the country. Several caves are must-visits, the most famous being Cuevas del Indio or the Indian Caves. Vinales is an avid answer to the question of what are the main tourist attractions in Cuba. It is also an ideal place for those who seek adventure. Your travel to Cuba would be incomplete without a visit to Vinales.

An amalgamation of history, architecture, natural beauty, and the best cuisines in the region, Trinidad is a whirlpool of emotions and must be at the top of the list of the itinerary when you travel to Cuba. There are loads of antique shops, cafes, and restaurants to make a trip to Trinidad a memorable one. The Palacio Brunet is a mansion that houses an exquisite collection of 19th-century artifacts and antiques. Trinidad also offers the best Cuban cuisine as well as answers the question often asked by its visitors: where are the cheapest holiday destinations.

It is rightfully called the pearl of the south because of the well preserved 19502 homes along with several mid-century structures. The city has a thriving cultural scene and many museums, parks, and cafes to entertain you. And once you are exhausted learning more about the city, the white beaches are the perfect place to unwind.

Another coastal paradise, Guardalavaca is what the doctor had prescribed to calm the nerves. It is located on the northern shore of the island country and offers a wide array of activities including experiencing the countryside on horseback. Another trip that tourists most often undertake is the speedboat ride from Bahia de Naranjo to the Dolphinarium. A local tour is also one of the best ways to get to know the countryside better while interacting with the natives and gorging on sumptuous Cuban cuisine.

It is rightfully called the first city of Cuba, with all the trappings of a past colonial giant. The remains of the architecture add to the mesmerizing skyline whilst the rainforest, the city is situated within, is a bonus. The stunning view from the mountain top is equally magnetic where the coastline and the city of El Yunque can be seen in its entirety. There are numerous beaches within a range of a 30 minutes' drive. Most of these beaches are spectacular and cannot be missed.

Is Cuba Safe for Holidays?

Another pertinent question that is asked by tourists: Is Cuba safe for holidays. The answer to that would be the award it earned from FITUR (Madrid's International Tourism Fair) in 2018 as the safest country for tourism. However, as with any other place on the planet, it is better to be safe and aware than sorry.

To enter Cuba, one would need a valid passport, health insurance, and a return ticket along with a Cuba visa. The visa can be availed online through the Cuban embassy website or through PickVisa, the one-stop shop for anything related to travel. Cuba has its consulates and embassies across the length and breadth of the planet, and it wouldn't be a tough task to get hold of a visa. PickVisa ensures that all travel-related documents are in order for a smooth transition. The recent developments arising out of the pandemic also need to be taken into consideration while making plans for a trip. Every country has established its protocols to deal with the catastrophe. As a traveller, one would need to be aware of all the developments occurring in the suggested part of the world. Cuba too has put in place processes that one will need to follow. There are no exemptions for nationalities from any country barring those who are fully vaccinated. The double vaccinate certificate must be carried while applying for the visa and if the process is online submitted in the accepted form. Those not vaccinated fully will have to present a negative RT-PCR test report carried out within 72 hours before the arrival.

Cuba is one of the most colorful countries on the planet and has never disappointed a visitor. From beautiful beaches to spectacular Cuban cities, the island nation has something for all. Hence, if you are still wondering where to visit this winter, head to the most amazing of places custom built by nature, Cuba.

Apply for any visa in two clicks!
Topics
Countries