The best time of year to travel to Costa Rica 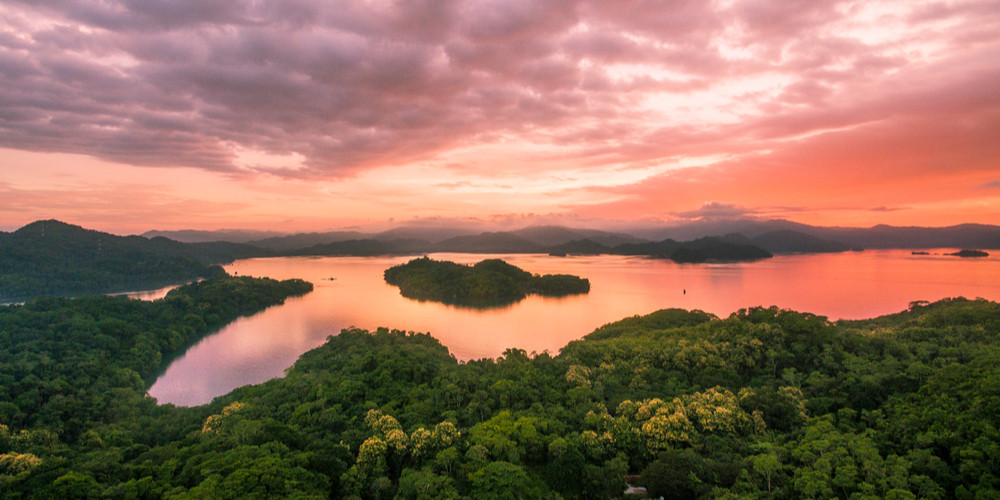 Costa Rica is as diverse as they come. This country is a beehive of activity filled with some of the most colorful and varied landscapes. The country has plenty of attractions, one of which is the wildlife. The tropical country is also known for its unseasonal rain. However, before we embark on an epic journey, I want to remind you to get your Costa Rica visa and passport in order, as these are the most important travel documents you will need to enter the country. What better place to acquire all your information regarding the visa than Pickvisa.

When is the best time to travel to Costa Rica?

The worst time to visit Costa Rica is in September and October. It is the period of heavy rainfall though being a tropical country, about of the skies pouring can be expected anytime. Even dry seasons can have unexpected rain, so visitors should always be prepared in advance. One of the advantages of visiting the country during the heavy rainfalls is witnessing the lush fauna, which gets invigorated due to the relentless monsoon, but severe challenges exist. The spotting of wildlife becomes difficult, and the roads turn into a cesspool of slush and mud. Traveling on these roads becomes not just difficult but extremely risky too. Overflowing rivers and landslides pose a major issue, too, making venturing beyond the highways near impossible.

A few events that take place during this period are:

What do I need to travel to Costa Rica?

Costa Rica is connected by flights and ships from all parts of the world. It also is connected via road with its neighbouring countries. However, there are a few travels to Costa Rica requirements.

The digital form called the Health Pass has to fill completely and correctly. It has to be done within 72 hours of arriving in the country. Each form has to be filled individually, and there are no exceptions, including minors.

As of the 1st of August, 2021, all individuals under 18 can enter Costa Rica without any COVID restrictions. All tourists of all ages should be vaccinated with any one of the following vaccinations: Moderna, Pfizer-BioNTech, AstraZeneca or Johnson & Johnson.

1. Name of the person who received the vaccine

2. Date of each dose

An insurance certificate in English or Spanish is mandatory and needs to have the following information:

Name of the individual

The policy will have to be valid during the entire stay

Guarantee of coverage of medical expenses arising out of COVID infection amounting to $50,000

The travel to Costa Rica requirements are stringently followed, and any failure to do so may cancel the entry.

What do I need to travel to Costa Rica becomes irrelevant if you are a Costa Rican yourself? However, if you are transiting, then the minimum insurance coverage of five days is required.

What are the best months to go to Costa Rica?

One of the pertinent questions that travelers ask is what are the best months to go to Costa Rica. As mentioned, December to April are the best months to visit Costa Rica since they are the driest and the brightest months, which provide an excellent opportunity for beach lovers and jungle travelers. The rainy season causes much mayhem across the country, and visiting during this period may not always be a good idea. There are numerous landslides and blocked roads, which will put a dampener on your trip. However, because of them, it is also the cheapest time to travel to Costa Rica. That is because the rates of hotels are down due to the lack of travelers and one can get the country all by themselves devoid of bustling crowds and long queues. However, some risks may prove to be a costly proposition. Off seasons in Costa Rica is usually the rainy season, which sees a trickle of tourists. However, that too is slowly gaining attraction since travelers now want to savor the heavy rainfall and watch the lush forests transform into green behemoths. The off-season is also a great way to get ahead of the crowd and have some privacy, sitting on the beach and watching the evening sun slowly disappear into the distant azure of the sky. One can also indulge in activities like ATV rides, sportfishing, etc.

The pertinent thing to be remembered by travelers is that the best time to travel to Costa Rica is never the cheapest time to travel to Costa Rica. The best months, which are between December and April, see a whole lot of visitors and hence the rental prices of hotels and guest houses go up considerably. The cheapest months are the off-seasons; usually, the rainy season and Costa Rica see a lot of rain. It is a tropical country, and rain can be expected anytime. However, the rainy season sees torrential downpours for a prolonged period and most parts of the country become inaccessible, especially the forested areas. Those braving the weather would have to face slush and muddy roads. Landslides, too, are quite commonplace in this part of the woods.

This Central American country, bound by Nicaragua to the north, the Caribbean Sea to the northeast, Panama to the southeast, the Pacific Ocean to the southwest, and Ecuador to the south of Cocos Island and has a population of 5 million, is a traveler’s delight. The ecological biodiversity that the small nation contains is sought after by environmentalists and ecologists from across the globe. It also does have a favorable Human Development Index, indicating a fairly well-informed citizenry. It also has one of the highest standards of living in Central America. In this article, we have mentioned the best time to travel to Costa Rica and the off-seasons. With December approaching, it is time that travelers start making their plans for this gem of a country.

Topics
Apply for any visa in two clicks!
Countries
Do you want to get a Costa Rica visa easily?
Get your visa now 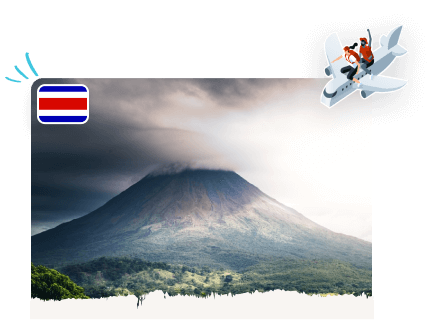