The best time to travel to Greece 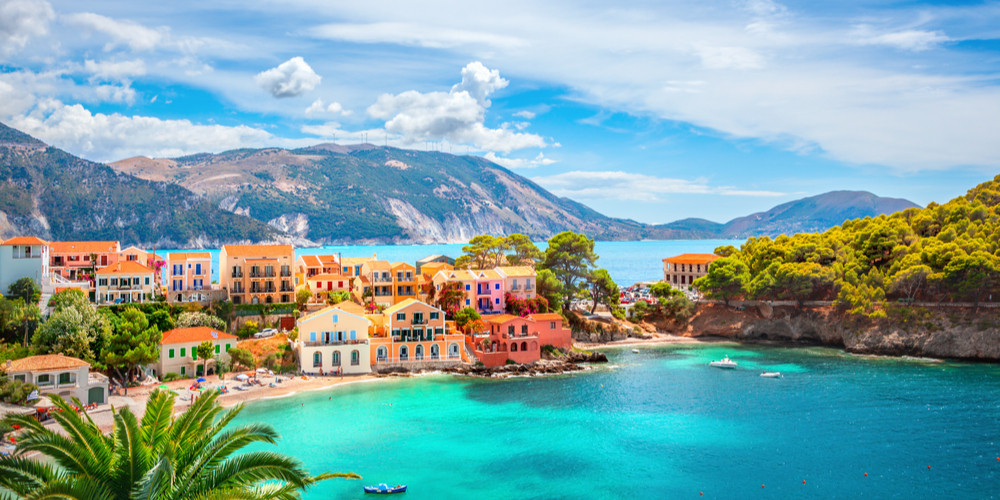 Whenever we talk about history and mythology, the first thing that comes to our mind is the fantastical world of Greece. The country has been at the centre of mythical tales and ancient history since Herodotus began documenting events and creating tales around them. Situated at the crossroads of Europe, Asia and Africa, it has been frequented by traders, travellers, artists, invaders for millennia. Today it stands proudly as the fountainhead of civilization. Comfortably ensconced within its old lands, the country throws one pleasant surprise after another to the unsuspecting guests. However, don't forget that most probably you will need a visa. You can get more detailed information on the "Services" section of the website.

What do I need to travel to Greece?

There is travel to Greece requirements that are mandatory for everyone to follow. The raging pandemic has heightened border security, and additional regulations have been put in place to control the spread of the virus. Greece allows restriction-free travel from the following countries: European Union and Schengen Area countries, including Andorra, Iceland, Lichtenstein, Norway, Switzerland, San Marino, Vatican, and Monaco. Travel to Greece Requirements are as follows: • Passenger Locator Form, which has to be correctly filled up no later than the day before arrival. • A negative COVID-19 test result Travellers from listed countries are allowed to enter after providing any one of the following documents: • Certificate of Vaccination at least 14 days before the arrival. Approved vaccines are: BioNTech, Moderna, AstraZeneca-Oxford, Novavax, Johnson & Johnson, Sinovac Biotech, Sputnik V, Cansino Biologics, and Sinopharm. • Proof of negative COVID-19 test, not older than 48 hours • A certificate that proves recovery from COVID-19 in the past nine months To get more information regarding what do I need to travel to Greece, please visit https://pickvisa.com/services.

Reasons to travel to Greece

Now it is futile to discuss the reasons to travel to Greece, but since it is also an important question, often asked by travellers, let us go ahead and see them: Hospitality: The Greeks are notorious for their warm and friendly demeanour and welcoming hearts. Food: One of the foremost attractions of the country is its cuisine. Greek food is famous all over the world, and the sheer variety of it is mind-numbing. Drinks: Greek wine is as ethereal as its ancient architecture. The Assyric, Retsina, Agiorgitiko and Vinsanto varieties are some of the most sought ones. History: Well, most think that this is the only reason to visit Greece. It sure is a reason, but the only one. There are ancient ruins spread across the length and breadth of the country. 18 sites are listed as United Nations World Heritage Sites. Beaches: The turquoise waters, the white and soft sand, the setting Sun are too ethereal to miss. Greek beaches are as famous as their ancient ruins, and travellers throng to them in hordes. Climate: Mediterranean climate never lets you want to leave the place. Greece, however, has a varied climate from extremely hot in the summers to an occasional snowfall in Athens during winters. Easy on the pocket: Greece is unlike many other nations in Europe. The destinations are quite friendly to the pocket and don't cost a bomb to travel within the country. The Athens-Piraues joined Tours, and the Olympia-Katakolon joined Tours are budget-friendly tours covering most of the country. Safety: The country is considered to be one of the safest destinations for tourists in the world. as is the norm, travellers are advised to observe the usual precautions.

Are you wondering when is the best time to travel to Greece? Well, the best time to visit Greece for a honeymoon is from April to June or September to October. The country provides a heady mix of the ancient and the modern, laced with charm and exquisiteness. One can tour the country with their partner and visit various places, each more alluring than the other. The tour should be starting from the capital of the country, Athens, which is a piece of heaven by its merit. There are numerous ruins, museums and history to look for. The Diomedes Botanical Garden to the Lycabettus Hill for watching the sunset, Athens is tailor-made for young lovers and the newlywed. Santorini is another location that has acquired a mythical status amongst couples. The wine tasting sessions here are world-famous and cannot be missed at any cost. A hearty Mediterranean meal amidst the beauty of Santorini is what the heart looks forward to. The Red Sunset cruise and the Caldera Cruise in Santorini are pleasures that couples can partake in to make their honeymoon pleasurable.

Greece comes across as a nation with varying temperatures and climates. Athens experiences the typical Mediterranean weather, with mild and moderately rainy winters and hot and sunny summers. Greece temperature by month varies as per the seasons and also because of its coastal proximity to the Mediterranean Sea. In July and August, the temperature quite easily reaches 35/36 °C (95/97 °F), but it can sometimes reach as high as 40 °C (104 °F). Greece also attracts a fair bit of rainfall since the summer temperatures are high. The average annual sunshine hours Greece gets is 2805 hours.

The worst time to visit Greece

There is no worst time to visit Greece. It is a pleasure all-round the year. However, due to huge crowds and the surge of travellers, the ideal time to visit would be June and August. July is generally humid and tasty and may get uncomfortable for most. This wave of humidity especially hits Athens. August too may be avoided since the humidity levels remain as high as July. However, Greece attracts crowds all-round the year, which is something one has to bear in mind. September counts as a month when the crowd is less, and so is the tariffs of hotels. September has less humidity than July and August though the days are long, warm and sunny. However, if I am pressed for an answer about the worst time to visit Greece, it has got to be July and August.

Best time of year to travel to Athens, Greece

The best time to travel to Athens, Greece, is between March and May and between September to November. The weather during this period is agreeable, and the Sun would be soft though pretty much guaranteed. This is also when the crowds are thin, so getting a booking or a reservation would not be a hassle. With fewer crowds, the tariffs of hotels too would be suitable for the budgeted pockets. As earlier mentioned, June to August are the months that bring in the hottest part of the year and hence travelling across the country and Athens, in particular, becomes a challenge. March to May is the Springtime in Athens and also the best time to visit. With flights and accommodations becoming more affordable, the spring is ideal for spending some time in this wondrous city. Most Athenians head towards the nearest beaches from June to August to get respite from the beating heart. Because the tourist flow is slow or minimal during this time, quite a few local businesses close for a short period. It is also the time when many festivals take place in and around the Greece capital. However, tourists might find it hard to find many eating and shopping options due to the lack of local and small businesses.

Best time to travel to Santorini Greece is between September to October and April to May. Similar to the entire Cyclades, Santorini welcomes visitors during the summer months. Hence, if you wish to experience the beauty of this ethereal location, plan much since the last-minute rush will only result in heartbreak. However, winters in Santorini see the number of tourists drop and hence the rates of hotel rooms plummet. However, winters are not ideal for sunbathing or taking a dip, and the precipitation is high too. The spring also witnesses low crowds but not for long since the visitors start hoarding in from May. April to May is when the Europeans start coming in, whilst June to August is the peak tourist season.

Despite the varied climate and the extremities of them, Greece seldom sees a dull month. There are a rise and ebb of tourist inflows, but it is never empty of them. The country is a beehive of activity. With an illustrious past rivalled only by some of the other older civilizations, Greece has firmly placed itself in the hearts and souls of those who have visited the country.

Topics
Apply for any visa in two clicks!
Countries
Do you want to get a Greece visa easily?
Get your visa now 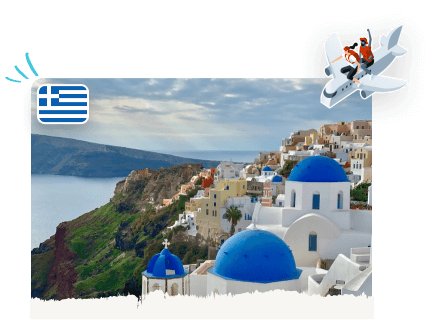