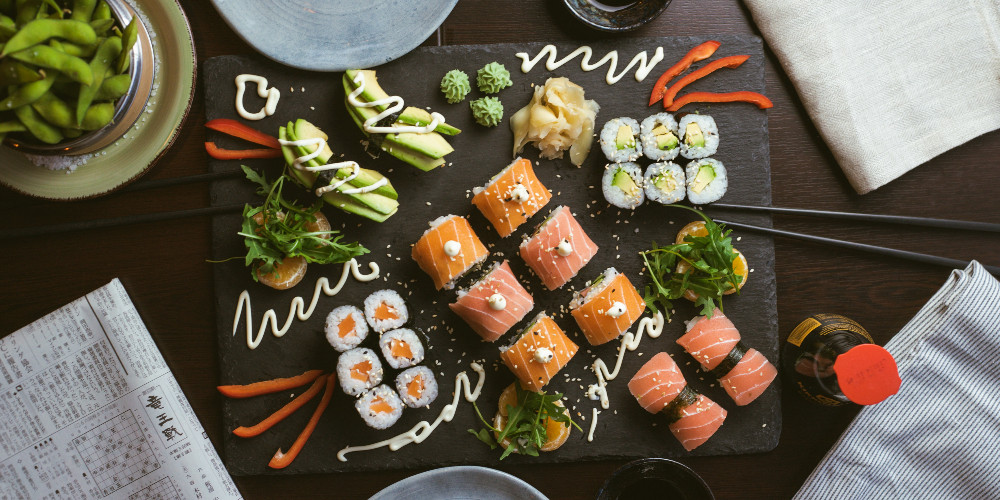 The history of sushi

Each of us sometimes wants to try the cuisine of different cultures and gain new experiences. Indian cuisine famous for spicy dishes, Mexican cuisine known for hot meals, Italian cuisine for its pizza, and Japanese cuisine loved for its sushi. I think there is no need to answer what is sushi? because everyone knows something about it. We cannot finish this list by counting the tasty dishes. However, have you ever been interested in the history of the food you have ever tasted? Who cooked it for the first time, and in general, could think of bringing all these ingredients together with these combinations? Thinking of these questions over sushi, which has become more prevalent in recent times, we can get new answers to the questions like: When was sushi invented? Who made sushi first? by looking into sushi history.

Although Japan owned sushi, the history of sushi dates back to the rice fields in South Asia. Here the fish was fermented with rice vinegar, salt, and rice, and then the rice was not used. The dish is known as "narezushi" today and was used in Japan during the Yayoi period. During the Muromachi era, people began to eat fish along with rice. In the Edo era, vinegar was used instead of fermented rice. Nowadays, it is known as fast food closely related to Japanese culture.

When was sushi first made? In the history of sushi, the first sushi was introduced in 718. By the 19th century, both sushi and Japanese cuisine gradually began to change. The Japanese started to eat three times a day, rice started to be boiled instead of steaming, and the spread of the rice vinegar was of great importance at that time. As the production of sushi by rice fermentation of fish continued, the addition of rice vinegar significantly reduced the fermentation time, and used rice was already eaten along with fish.

By looking into history of sushi we can see it clearly that sushi has come a long way since then and has undergone many changes until now. Sushi, the closest to the modern era, was introduced in Japan by Hanaya Yohei at the end of the Edo period in the mid-1800s. But I would like to bring you interesting facts about sushi, not historical facts in sushi history. For example, at first, the question was, "Why to pay for a piece of raw fish and eat it?" It is a very valid question for those who first saw sushi and have no idea about it. However, it is essential to remember that Japanese chefs, who are indeed masters in this field, know how to cook in terms of colour, harmony, taste, and presentation.

Forget about any cheap sushi found on the market and known as California Roll sushi by its current name. Ingredients for real makizushi (sushi rolls) are selected by masters to create a harmony of taste and even colour. The masters sliced the rolls so that customers could see the artwork. Although we are more familiar with sushi stuffed in black nori (seaweed), makizushi in Japan is sometimes wrapped with soy paper, cucumber, or egg.

One of the interesting facts about sushi is that first sushi is intended to be eaten by hand. Chopsticks were only used to eat sashimi.

Earlier in history of sushi, sushi was frozen for 24 hours at -200C. But this method was not loved because it distorted its original texture and taste. Generally, all these measures were taken to prevent customers from infecting any bacteria, as it was hazardous to give raw fish. The masters of this dish have been trained to identify problems. Even for the preparation of some sushi, the masters had to obtain a certificate and reaffirm their professionalism.

As you can see, a dish we eat every day while chatting with friends has its history, secrets, delicacies, and difficulties. Today we have looked into the history of sushi. People who have spent years doing this work skillfully - those heroes that we have never seen are always behind the scenes. As nothing is accessible in the world, the preparation of hundreds of different dishes that satisfy customers throughout the day is not as easy!

Be brave, taste different! The artwork of Peter the Great 5 countries to visit for history lovers