The history of the first passport 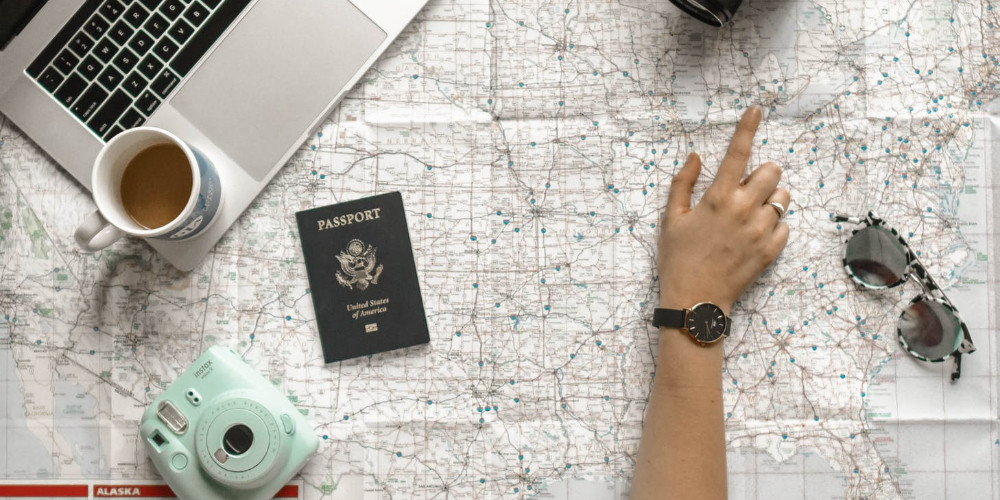 As it is known, the first document we need to have to travel to different countries is the passport. In more detail, the passport is a document issued by the government to its citizens, confirming the identity and nationality of its holder primarily for international travel. Standard passports include a person’s name, place and date of birth, photo, signature, and other information relevant to the holder. However, of course, everything goes beyond just getting a passport; each country has its own rules and bans and permits for the citizens of other countries.

Regardless of the citizenship of any country, the most critical issue for travel-lovers is how secure their passports are. More specifically, they are interested in which countries do the passport issued by the country’s government allows them to travel without a visa. The higher the numbers of these countries, the more powerful the passports are. To travel to other countries, you must go through specific procedures and obtain a visa. It is sometimes straightforward, and sometimes it is a very challenging process for some countries (Russia, North Korea, Iran, Pakistan, Turkmenistan, etc.). It may even change depending on the state of your citizenship. Mostly, the citizens of the United States have to go through a multilevel process that can take weeks. Moreover, if there is war in those countries, this could be another factor creating the obstacle in the issue of a visa. As you can see, many different factors set the rules.

But have you ever wondered how rules have changed throughout history up to now? In general, how and why did the first passport appear? Who put forward this idea? Which country has first issued a passport? How did this rule go to other countries? In sum, what is the history of the passport? If you are interested in these questions, then let’s take a tour of the pages of history and get to know where, how, and most interestingly, who the first passport was created for.

One of the earliest known references to paperwork that served in a role similar to that of a passport was found in the Hebrew Bible. Nehemiah 2: 7-9: approximately in 450 BC, Nehemiah, serving King Artaxerxes I of Persia, asked permission to travel to Judea. The purpose of Nehemiah’s visit was to rebuild the walls of Jerusalem. The king granted leave and gave him a letter “to the governours beyond the river,” requesting safe passage for him as he travelled through their lands. Besides, Arthashastra (an ancient Indian Sanskrit treatise on statecraft, economic policy, and military strategy) mentions the first passport and passbooks in world history. According to the text, the superintendent of passports must issue sealed passes before one could enter or leave the countryside.

Etymological sources show that the passport term is from a medieval document that was required to pass through the gate or to pass through a territory. In medieval Europe, such certificates were issued to foreign travellers by the local authorities (as opposed to local citizens, in modern practice). Generally, they contained a list of towns and cities the document holder was permitted to enter or pass through. Documents were not required for travel to seaports, which were considered open trade points, but documents were required to travel inland from seaports.

If we are talking about the history of passport, we must mention who invented the first passport. King Henry V of England is credited with having invented the passport we use today. The earliest reference to these documents is found in the 1414 Act of Parliament. In 1540, granting travel documents in England became the role of the Privy Council of England, and the passport term was used around this time. A passport issued on June 16, 1641, and signed by Charles I, still exists. In 1794, issuing British passports became the job of the Office of the Secretary of State. The records of every English passport issued since then are available. They were available to foreigners and were written in French until 1858.

The rapid expansion of rail infrastructure and wealth in Europe, beginning in the mid-nineteenth century, led to significant increases in international travel and a steady decline of the passport system during the nearly thirty years before World War I. Significant increases in the number of people that crossed the border have made enforcement of passport laws difficult. In the later part of the nineteenth century and up to World War I, passports were not required for travel within Europe, and crossing a border was a relatively straightforward procedure. Consequently, comparatively few people held passports.

When were passports first required? Generally, no international passports were required until World War I. During World War I (1914-1918), European governments introduced border passport requirements for security reasons and to control the emigration of people with useful skills. In general, it was necessary to put in place a control system, as the number of immigrants had increased dramatically due to the war. These controls remained in place after the war. Though these new rules and changes were controversial, the procedure has become a standard. British tourists of the 1920s complained, especially about attached photographs and physical descriptions. These passports included details such as “face shape,” “skin colour,” and “facial features,” along with the photograph and the signature. Characteristics of these details were as follows: “The forehead: Wide; Nose: Big; Eyes: Small,” etc. Indeed, people considered it degrading and humiliating.

The history of the passport is really interesting! Having said all this, I would like to talk about the achievements we have today and see the difference. The world is now introducing other types of passports with biometric data such as microchips and photos, fingerprints, etc., due to the latest technology. Malaysia was the first country to introduce this technology. Later Australia, New Zealand, Japan, Sweden, the United Kingdom, the United States, Germany, the Republic of Ireland have applied this new system, and recently Poland joined them too. This process, which is not strange to us as we witness it, clearly shows how significant progress has been made in technology when compared with the history we talked about a while ago. Who knows, though it seems impossible for us now, maybe in the future, information about us will be obtained just by the fingerprint and scanning our faces without the need for a passport, and we will no longer have to suffer. Do not say, “Never!” Remember that if people who lived two or three centuries ago were told the point where we came, they would also say: “Never!” So, everything is possible, and we can’t predict the future!