The Sun fear of Trolls 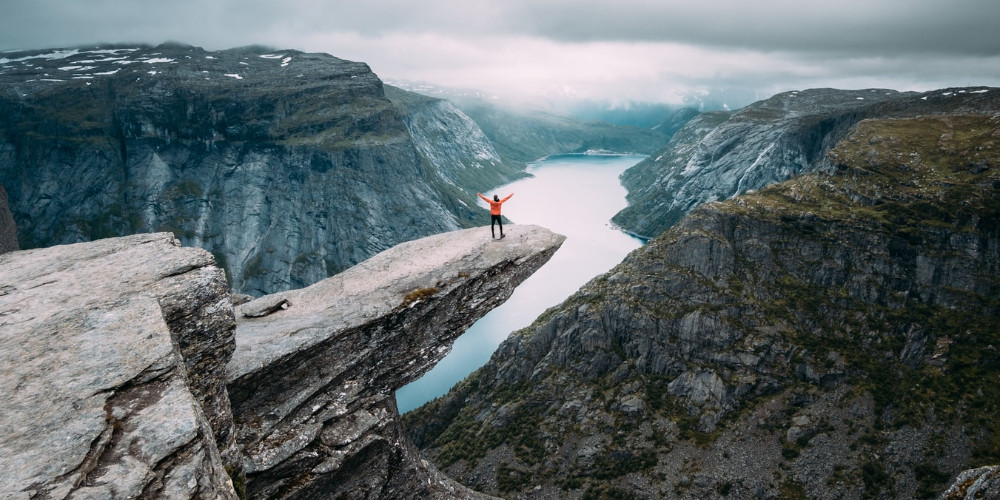 One of the best places in Norway - Trolltunga, which is located in the skirts of the Norway mountains, looks like a Troll's tongue. The story of this monument’s name comes from Norway legends, from the giants which named Trolls lived in this area. According to another legend, these ogres were afraid of the Sun; thus, there is the Sun's impact on the name of the Giant’s tongue, Troll's tongue. They believed that the Sun brings them Trolltunga deaths. Whereas once, one of the ogres decided to approve that this belief is not true, therefore she has shown tongue to the Solar within sunrise. This attitude was not appreciated by God, and suddenly the tongue turned to the stone.

How to get to Trolltunga?

The easiest way to reach this one of the best places in Norway is to cross Tyssedal from Bergen. There is great parking at the start point of the footway. The daily fee is approximately 20$. Apart from this, you could travel by Bergen train to Voss, then using a bus in Odd you could reach Teyselda, but it takes 7 hours. Interesting evidence is travelling by car takes 3 hours. Based on 2016 statistics, you need hypothetically 120$ for transport to see this amazing view. From this point to Trolltunga, you need to walk 11km by yourself because there are “T” signs which help you to reach the point.

It is very dangerous to stand on Troll's tongue, but it is worth it. In sum, there is no troll, but the soul of the troll still here...

Topics
Apply for any visa in two clicks!
General
Do you want to get a Norway visa easily?
Get your visa now 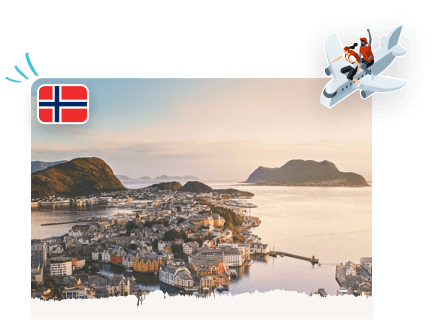