Picturesque Altai Mountains: what to expect from travel to this unique region of pure nature 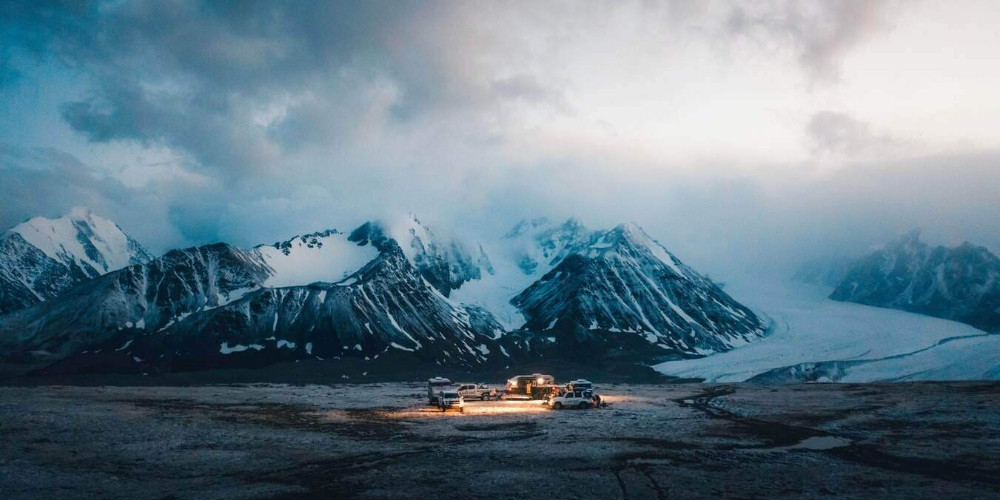 Heading into the wild nature and leaving the city life behind for a while can be the bravest move made by a travel enthusiast—those who are interested in backpacking trips and ecotourism love wild nature. Our colourful planet is home to countless natural beauties and wonders. Due to its large size and geographical diversity, the natural treasures of Asia are particularly fascinating. Central Asia has a magnificent wild nature that is entirely untouched by urban civilization. The endless mountain ranges, myriad of forests, beautiful lakes, intensely flowing rivers, colourful fauna, and endemic flora are typical for Central Asian wild nature. One of the most beautiful and unique regions in Central Asia is the range of Altai mountains that is well known worldwide due to its astonishing natural and cultural riches. Where are the Altai mountains? The content of the Altai mountains is where the territories of Russia, Kazakhstan, Mongolia, and China intersect or come together. Altai mountains are mainly in the Central and Eastern parts of the Asia continent. Travel to Altai mountains is the dream of many adventure lovers and travel enthusiasts. In this blog, we will talk about why travelling to the fascinating Altai mountains is excellent. We will mainly focus on the climate, flora, fauna, culture, and society of the Altai mountains region in Russia and Mongolia. Also, we will mention some interesting Altai mountains facts.

How to travel to the Altai mountains?

There are several ways of travelling to the Altai mountains. Firstly, you can fly to Barnaul Gherman Titov International Airport, which is the main airport in the Altai Republic, Russia. If there is no direct flight to Altai Krai, you can travel with connected flights via Moscow city. After arriving at the airport, there will be buses that will take you to the tourist destinations and hotels of the Altai mountains. You can also travel from the airport to any village by bus or train. You may get to the Altai mountains by flying to the Altai Airport located in western Mongolia, as well. The Govi-Altai Province of Mongolia has a capital town called Altai. Flights to the western cities of Mongolia are available via Russian and Mongolian airlines. When you arrive at Altai Airport, getting to the mountains and forests will be accessible via bus travel. You can go to the Altai mountains also from Almaty, Kazakhstan. Flights from Almaty airport to Barnaul Gherman Titov International Airport are available several times per month. Taking a drive from the airport to the forests is pretty easy and affordable.

The region of the Altai mountains Russia is perfect for hiking and winter sports. Hiking up to the mountains through wild forests will refresh your mind and soul. The cold winds blow intensely during the winter season when the temperature falls below zero—also, the rivers and most parts of the soil freeze due to the extreme cold in Siberia. Many travellers describe their surreal experience of hiking through Altai's snowy and icy steppes and forests. You need to be specially equipped in order to hike in the Altai mountains. Walking on the hills can get really dangerous in the winter season because the surface is icy and quite slippery. Special winter shoes and thick clothes would help a lot while hiking. Also, it is worth noting that you should walk with groups of other tourists. Usually, the local ecotourism companies organize hiking trips for travellers. However, if you have strong self-confidence and hiking experience, you can walk alone as much as you want. While hiking, you will have great chances to explore the wildlife of the Altai mountains. You can even stumble upon some endemic animals and plants.

Altai mountains people in Russia are well known for their generous hospitality. Many travellers, especially backpackers, who have been to the Siberian Altai mountains, describe how welcoming the local people are. The local Siberian villagers of Altai Krai are very friendly toward foreigners. Historically, Siberians made their living by fishing, hunting, and trading. Ob and Irtysh rivers, which start from the Altai mountains, are home to a myriad of fish species. Nowadays, local people organize fish trips together with other villagers. Sometimes, Siberians invite tourists to fish together with them for fun. If you know the Russian language well, the trip to the Siberian Altai mountains will be an excellent experience for you because you will be able to communicate with local villagers and have a great time together. You can join cooking parties after fishing and observe how the villagers prepare delicious fish meals.

Altai mountains people also live in the western part of Mongolia. Those who wish to travel to Altai mountains can choose Mongolia as a great ecotourism and backpacking destination. Continental climate is typical for Altai mountains Mongolia. In other words, due to the continental air masses, winters are very cold, stable, and dry in western Mongolia. Summers are extremely hot and dry in Altai mountains Mongolia, creating natural zones such as steppes, deserts, and forest-steppes. In this part of Altai, you can get much less snow than you see in Siberia. The reason is that the Mongolian part of the mountains is closer to the tropic. You can see ice and snow only close to the highest points of the mountains. The Mongolian part of the mountains is perfect for climbing, hiking, and other winter sports activities. While hiking, you will see many endemic Mongolian plants that have significant medical value. The local Altai people of Mongolia have benefited from endemic flora to cure diseases and improve health for thousands of years. You will also stumble upon wild Altai animals, such as argali and Altai snowcock, that are typical for Mongolian mountains and steppes.

Altai mountains Mongolia is home to magnificent tourist attractions. Horse riding is one of the fascinating tourist activities. There are particular kinds of horses in the Altai region of Central Asia that are traditionally bred for thousands of years. Local farmers mainly make money by breeding horses for tourism purposes. Foreigners are highly interested in local horses of Mongolia's Altai province. Indigenous Turkic people have preserved and produced horses of the particular sort since ancient times. The fight horses of Mongolia are unique to the Altai region that has attracted global attention. Therefore, many foreigners travel to Altai mountains to see the Turkic fight horses of the ancient sort. Another fascinating tourist attraction is hunting. Altai gazelles and deer are perfect for hunting that is only possible after getting permission from local authorities. Local tourism agencies organize hunting trips that you can join by paying a very affordable fee.

The Altai region of Mongolia is home to Mongolians, Turkic Altai people, and Russians. Therefore, the Mongolian part of the Altai mountains features very diverse cultures. Local tourism agencies organize themed culture trips that you can join alongside other foreigners. Ethnic Russians have preserved their language and traditions, although they have lived in Mongolia for hundreds of years. On special days and occasions, Russians gather together, perform their folk music, play traditional games, and cook super delicious meals that belong to Slavic culture. Tourists can watch and join cultural as well as religious events that have significant educational and spiritual value. Moreover, Turkic Altai people organize monthly events to exhibit their cultural values. Ancient Turkic music, food, language, rituals, and games will amaze you from the early moments. Indigenous Mongolians are also very tourist-friendly who invite foreigners to their homes, wedding ceremonies, and religious rituals. Overall, the trip to the Altai region of Mongolia will teach you a lot about the cultural traits of the local Altai people of various ethnic backgrounds.