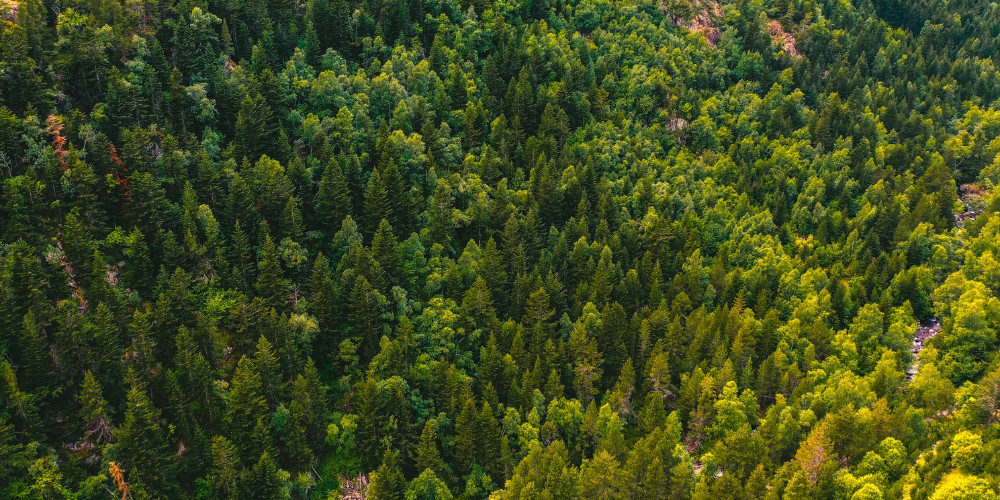 6 things I wish I knew before going to Andorra

2. The climate of Andorra

4. Cuisine of the Principality of Andorra

Andorra is a small principality that will win your heart. Where is Andorra located? Andorra is located in the Pyrenees between Spain and France. This independent principality is famous for its ski resorts, as well as shopping, because in the capital of Andorra, in the city of Andorra la Vella, there are many boutiques, jewellery stores and spacious shopping centers. By the way, many shops located on the same street – the main Maricel.

The dwarf state of Andorra has no access to the sea and, despite its location, is not part of the European Union. The principality was once closed, but now thrives thanks to the rapidly developing tourism.

According to the constitution, the official Andorra language is Catalan, but Spanish and French are also spoken in the country. Schools are also divided into three language groups.

Andorra covers an area of 468 square kilometers, and the Andorra population is only 67,159 people. This dwarf state is considered the highest mountain country in Europe and on its territory there are about 65 peaks with a height of 2,000 meters or more.

So, the highest peak is considered to be the peak of Coma Pedrosa and its height is 2,942 meters, and the lowest peak of the country in height is 840 meters.

About nine percent of the entire territory of the state of Andorra is built-up, and the rest of the territory is all pristine alpine meadows, mountains and forests. In addition to the four rivers – North Valira, East Valira, Greater Valira and Madriu, which are the main ones in the country, there are many more thermal springs in the area of Escaldes-Endorgani. The temperature of the springs reaches seventy degrees Celsius and their waters are considered therapeutic, so people from all over the world come here to improve their health. All doctors in one voice advise visiting the thermal springs of Andorra for treatment of rheumatism and various skin diseases.

2. The climate of Andorra

In the Principality of Andorra, the climate is favorable and mild with many sunny days a year. Due to its healthy climate and geographical location, the landscape is diverse and largely determines the richness of all its flora and fauna. Accordingly, here you can find wild deer and wild boar, martens and wild partridges, and trout are found in the waters.

On the territory of Andorra, the very first human stays were recorded at the end of the last ice age. According to legends, the foundation of Andorra as a state in 805 is attributed to Charlemagne as a sign of gratitude to the inhabitants of this state in the fight against the Saracens. However, the first mention of the state of Andorra in the documents of the bishop of Urgell is recorded in 839. It was mentioned that in Andorra there are parish plots in the possessions of the Glafs of Urgell.

Since the thirteenth century, there have been endless disputes about who rightfully owns the territory of the state of Andorra: the Bishops of Urgell or the princes of Foix. And in 1278, all the disputes, which seemed endless, came to a single end – court orders were appointed, which dealt with the joint rule over Andorra by two parties – the Bishop of Urgell, Pierre d’Urge and Prince of Foix Roger Bernat the Third. Both sides were now considered recognized rulers of the Principality of Andorra.

At the present time, the Principality of Andorra continues to have the status of a "principality" and is governed by two parties – the Bishop of Urgell and the President of the French Republic on the basis of full equality and personal participation of each of the parties. Under Henry the Fourth, when the Prince of Foix became king, control and ownership of Andorra passed into the hands of France, but after the French Revolution, at the request of the inhabitants of the state of Andorra, Napoleon Bonaparte returned to the old order. Since the nineteenth century, French ownership is carried out by the President.

The period of all changes in the State of Andorra ends on March 14, 1993, when the First Constitution of Andorra is adopted, according to which the principality became an independent democratic state with a new distribution of state and legal functions of the principality. This was followed by the worldwide recognition of the State and its entry into the United Nations.

4. Cuisine of the Principality of Andorra

The origins of the local national Andorra cuisine are laid in the way of life of all the inhabitants of the mountain valleys of Andorra. Due to the fact that the basis of the country's economy has always been occupied by cattle breeding, the main dishes consist of pork, beef and lamb. The main elements of almost all national dishes are always meat and cheeses, as well as other dairy products. The most famous cheese of the Principality of Andorra is, of course, "tupi", which is made in clay pots with the addition of garlic and local moonshine.

Even the most typical vegetable dish includes the main ingredient-pieces of lard, and it is made from green cabbage and potatoes. This dish is usually served with hot pepper, as well as with salted herring. An amazing combination of flavors. Incidentally, it was in the wintertime when the scoring pigs in the diet of the local Andorra population there are many unique and diverse taste and appearance of meat products, as well as on the shelves in all the restaurant you receive juicy, delicious ham, served with honey. The most common dishes are wild boar meat or hare meat, cooked in a wine sauce with the addition of chocolate. Salads here are mostly composed of chicory, and one of the most famous and popular dishes, perhaps, is fried trout with ham.

Throughout Europe and beyond the European Union, Andorra is famous for its trading traditions. Here, shopping is supported by low fees. Due to the fact that there is a high level of competition throughout Andorra, you can buy unique, exceptional and original items, clothing, accessories, etc. in local stores.

Sporting goods, jewelry, antiques, electronics, perfumes, fashion and optics, everything you can imagine, each outlet offers a wide range of products at affordable prices, as well as discounts. The ratio of price and quality amazes everyone who comes to update their wardrobe and not only. By the way, the work schedule always meets the wishes of customers, because everything here is subordinated exclusively to customers and desired customers.

Andorra offers a considerable number of Andorra ski resorts and tours, suitable for tourists who come alone, as well as for the whole family.

All Andorra resorts are famous for their comfort and excellent services, as well as trails of varying complexity. Surprisingly, there are trails that are suitable for children who are on skis for the first time, for beginners and even for fastidious, but already experienced athletes.

To master the art of skiing and snowboarding, experienced instructors will help every willing vacationer, who will kindly teach all the subtleties and maneuvers.

Each track is perfectly equipped and includes markings with distances, special fences, signs with directions, and there are also signs with warnings and information for everyone who rides.

Prices for sports equipment and equipment are much lower than in any other ski or alpine resort, and the variety of products can conquer even the most sophisticated person.

If you do not have special equipment, we recommend that you rent them at points located directly on the slopes.

Soldeu el Tarter Resort is located in the epicenter of the Grandvalira ski area, which is rightfully one of the highest in the Pyrenees. Its length is more than two hundred kilometers. In essence, this resort is divided into two villages – Soldeu and El Tarter, which have direct access to the slopes. It is worth noting that this resort has a high cost, but for one simple reason-the resort provides access to one of the best trails located on the territory of the Pyrenees, and also has the best snow conditions for skiing. Soldeu el Tarter is an ideal destination for both beginners and advanced skiers, as it has different levels of pistes: 16 green pistes, 51 blue pistes, 42 red pistes and, of course, 19 black pistes. The resort has several ski schools, as well as a kindergarten for tourists with young children, where your child will be looked after by experienced teachers and, if desired, they will be happy to put your baby on skis.

The resort of Pal Arinsal in the Valnord ski area is much smaller than the previous resort and the length of its slopes is only 90 kilometers, but the ski conditions here are first-class. There are high-speed ski lifts, and there is also a nice feature – you can slide down the track right from the exit of the hotel.

The Pas de la Casa and Grau Roig resorts are located on the other side of the Grandvalira ski area, close to the French border. The slopes here are as much as 210 kilometers.

By the way, due to the fact that the Andorra skiing resorts of Pas de la Casa and Grau Roig are located next to each other, they are distinguished from each other by the atmosphere and spirit. Pas de la Cas has a large shopping center, and the resort itself is very popular with young people and teenagers, as well as with snowboarders. Grau Roig, on the contrary, is a very calm resort with a measured pace and includes spa centers, quiet recreation areas, as well as luxury hotels.

The Principality of Andorra is a unique, small country with a special atmosphere of snow-covered forests and mountains, where you can enjoy the fresh mountain air and relax from the hustle and bustle of megacities. This is an ideal state for all those who want to conquer the mountain slopes and learn to ski or snowboard. Moreover, Andorra is a country where you can go not only alone but also with the whole family. There are all conditions for a full-fledged rest, starting from shopping and a variety of Andorra cuisine, ending with active recreation. Among other things, to explore Andorra, you can only rent a car and drive through all the iconic places, Andorra skiing resorts and forests, as well as visit the thermal springs and improve your health.

Andorra is just as beautiful in Andorra summer as it is in winter, because there are many places here, despite the small territory, that are worth seeing with your own eyes. In the case of Andorra, you need to see it with your own eyes, rather than listen to stories. Exploring Andorra, you will explore the virgin nature with beautiful, dense forests and rivers, glacial lakes. In this dwarf state, you feel complete unity with nature and contemplate beautiful landscapes. Holidays in Andorra are rather calm and measured, if you are not a fan of skiing, but if you still came to conquer the Pyrenees, then this is the best choice.