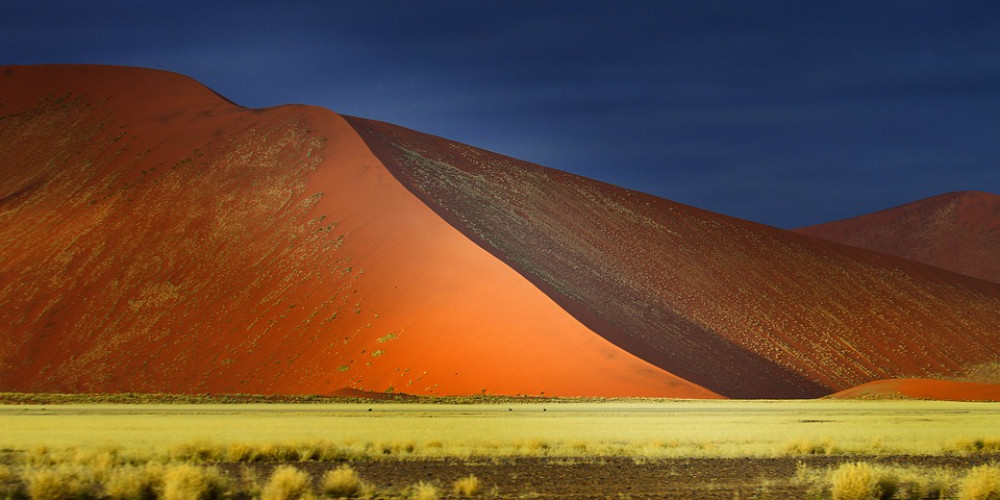 10 things I wish I knew before going to Angola

1. Places to visit in Angola

4. Is it safe to travel to Angola?

5. Vaccinations required to travel to Angola

Where is Angola? Angola is a country located in Africa, more precisely on the southwest coast of the continent. The country borders on the north and northeast with the Democratic Republic of Congo and the Republic of Congo; to the east, it borders Zambia and to the south with Namibia. Angola is washed in the west by the Atlantic Ocean and has a coastline of 1,650 km. The country has more than 31 million population. The country’s total area is 1,246,700 sq km. About 60% of the territory is plateaus from 1,000 to 2,000 meters. Angola capital is called Luanda. Luanda is also the biggest city in the country.

One of the reasons to travel to Angola is its nature. The country is blessed by nature, given the diversity of its landscapes: beautiful beaches, hills, tropical forests, the Namib desert, the waterfalls, among other natural wonders. The fauna and flora are of enormous wealth. There are more than 8 thousand species of plants along with 275 of mammals, 78 of amphibians, 227 of reptiles, 915 of birds, and more than 300 of insects. African elephant, Giant sable, African lion, leopard, hippo, chimpanzee, rhino, gorilla, antelope, sea turtle, whale, dolphin, shark, are some of the animals that can be seen in Angola.

1. Places to visit in Angola

There are many attractive places which you must visit during your travel to Angola. In Bengo Province, you can visit the Church of Our lady of Muxima. It has been a national monument since 1924. The church houses the sanctuary and receives thousands of pilgrims, especially in September, at the Feast of Our Lady of Muxima. The Muxima Fortress is also one of the must-see places to visit in Angola. It is located on a hill on the left bank of the Kwanza River. The fortress was built by the Portuguese in 1599 to defend goods and slaves against the Dutch. In the province of Benguela, you can visit the Church of Our Lady of Populo, built in the middle of the 17th century. The Presidential Palace is a beautiful example of colonial architecture. In the province of Bie, do not miss three places, which are de Silva Porto, de Munhango, and de N´Harea. In this country, there are idyllic beaches abound. For example, Praia do Mussulo, Cabo Ledo, Sangano and etc. The town of Mbanza Kongo is one of the UNESCO Heritage Sites. It was the capital of the former Kongo Kingdom, which had been existed from the 14th to 19th centuries.

Luanda has a huge historical and cultural heritage. I want to highlight the Nossa Senhora da Nazare, Dos Remedios, Do Carmo church, the Ana Joaquina Palace, the Museum of Natural History, the National Anthropology Museum, and the Slavery Museum. The Saint Michael Fortress is a place with a beautiful view over the Bay of Luanda. The Iron Palace, The Miradouro da Lua and the buildings of the National Bank of Angola are other examples of the city’s architecture.

The location of the country allows tourists to reach the state using almost any means of transportation. With its a thousand-mile-long coastline, the country has three main seaports, which enable ferry transports to the country. I think that Luanda International Airport is the easiest way to enter Angola. However, adventure lovers may take the Southern Africa tour and can enter the country from neighboring countries. It is simple to get a visa to Angola; for citizens of most states, the visa is issued on the border.

4. Is it safe to travel to Angola?

If you want a totally safe trip, Angola is the wrong destination for you. Even though the civil war lasts more than 25 years ended in 2002, the country still has higher levels of crime. Robbery and kidnapping are common in some parts of the country. Especially in Angola capital Luanda, these kinds of accidents frequently happen even with foreigners. Pickpocketing is a common issue that tourists may face. Due to these reasons, it is recommended to visit the country as a group with professional tourism companies. A single person can easily be a victim of a crime. On the other hand, the conditions of the health system are not satisfying. That is why tourists are recommended and, in some cases, are required to have some vaccinations. With special tours, it is totally safe to travel these areas.

5. Vaccinations required to travel to Angola

There are still some diseases that are spreading in Angola. That is why Measles, Yellow Fever, and Polio vaccines, as well as other routine vaccines such as chickenpox and MMR, are needed before your travel to Angola. Although none of these vaccinations are legally obliged, they are better to have. Other vaccinations required to travel to Angola include Hepatitis A, Malaria, and Typhoid.

What is the currency in Angola? Kwanza (AOA) is the national currency of Angola. It was introduced in 1999. The exchange rate of a US dollar equals 629.98 Angola currency. You can change your money in a particular bank points. Be careful of unofficial exchangers in the streets. Although Kwanza is a national currency, some other currencies, such as the dollar and euro can be accepted in some places. However, the exchange rate can be very unfavorable for you, so I recommend changing your money in one of the biggest banks, such as Bank Paribas or Banco Sol.

If you have decided to travel to Luanda Angola, there are many comfortable and safe hotels to stay. EPIC SANA and Talatona Convention are the best five-star hotels of Angola capital. If you want to stay in four-star hotels, Palmeiras Suite, RK Suite, and Hotel Presidente are the most recommendable means of accommodation in Luanda. Due to crimes renting is unsafe in this city. However, if you can speak Portuguese, you may find a more suitable place to stay. One more interesting fact is that houses in Angola are so big. The reason is the wide-spreading of polygamy.

Angola savannas are called Angola’s Scarp Savannah. It is a mountain prairie ecoregion that is located along the narrow strip of land that goes from the Atlantic coast of the country. This ecoregion has a rather varied landscape. In the North of the Cuanza River, there is a forest of tall trees surrounded by tall grasses, with areas covered with mangroves and swamps along the banks of the rivers. At higher altitudes, on the western side of the Great Escarpment, there are patches of the cloud forest, which are home to a great variety of endemic plants and animals. Finally, along the coastal strip and the lower slopes of the Great Escarpment south of Cuanza, there are dry scrubs and wooded savannahs. The area is home to many animals, including great mammals. It is protected; however, the low level of protection causes uncontrollable hunting and a decreasing number of species.

Culture is one of the essential assets of Angola. Angolan music, whether traditional (semba, rivet) or modern (kuduro, kizomba, zouk) today, has excellent international prominence. Traditional dances also stand out for their rhythm, and with each generation, creativity adds new rhythms and variants. In carnivals, music, dance, and tradition meet in excellence. Angolan cuisine is also plentiful and mixed, with influences from Portuguese cuisine and Mozambican methods. Currently, Angolan cuisine mixes Portuguese, Brazilian, and African flavors. The most famous dishes are Muamba de Galinha, Calulu de peixe, and Funge. Palm oil is always present in Angolan cuisine. Also, in handicrafts, Angola has a lot to offer so that you will return home with exotic souvenirs.

Most people think of the Angola prison somewhere in Angola. However, this penitentiary is located in Louisiana. Its name was given due to plants of the area, which are also in Angola.