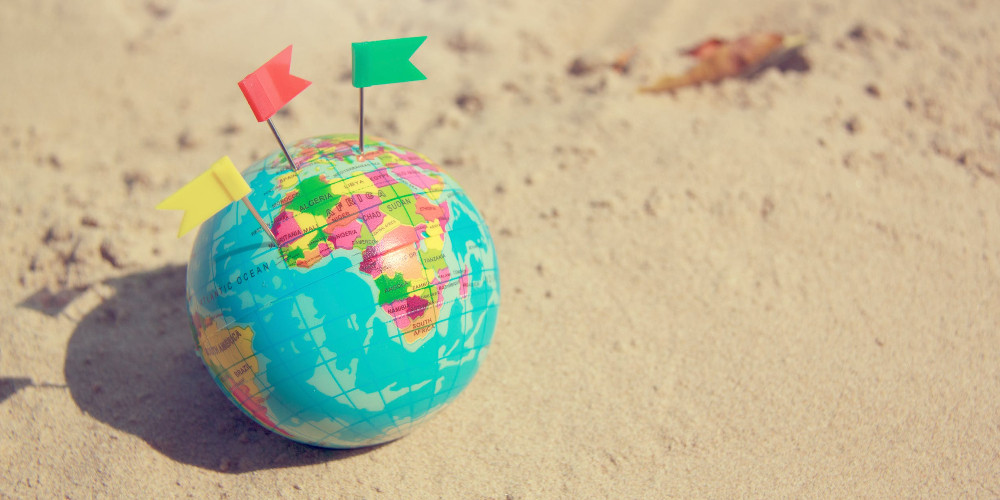 6 must-see countries in Africa and reasons to visit them

Africa is one of the most exciting continents among the tourist routes. It can meet the desire of any tourist interested in any aspect of tourism due to its exotic nature, rich fauna, mysterious seaside, unusual cuisine, and diversity of national, ethnic composition. At first glance, it seems that there are almost no unexplored places on earth. However, it is not the same as in the Africa continent. Africa is a mysterious and magical continent, as it has not been fully explored. Travel to Africa today is not so difficult. Anyone can go to the black mainland for a certain amount (it is not less). The disadvantages of travel to Africa are long flights and vaccinations mandatory for some countries. The variety of routes, the hospitality of the locals, and the beautiful nature make Africa a paradise for tourists.

Kenya is the first of the best countries to visit in Africa, I guess. Kenya is known worldwide as the symbol of Africa due to the beauty of the Indian Ocean shores and national parks. Kenya, which has become one of the most visited African countries for global tourism in Africa, has been offering its warmth to humanity for years.

Kenya is a business card of Africa with such natural reserves as Masai Mara, Tsavo, Aberdare, and Amboseli. In these parks, you can meet many wildlife - lions, leopards, rhinos, buffaloes, antelopes, elephants, giraffes, hippos, crocodiles, and many other rare animals. Kenya, the land of the Masai tribe, is beautiful and developed in terms of tourism. Mount Kenya is the second-highest mountain on the continent after Kilimanjaro. Fascinating mountains in Kenya are the reasons to visit Africa for many tourists.

Safari and Africa are inseparable concepts. Each year, more than 200,000 tourists visit the savannah in Kenya in jeeps. Previously the original purpose of the trip was hunting, but now it is a peaceful excursion to the savannah accompanied by a guide. Safari is an exciting adventure, a way to plunge into nature and watch the lions, leopards, rhinos, zebra, elephants, buffalo, and other animals in their natural habitats. Eating breakfast with giraffe, I would say, is possible only in Kenya which is one of the most well known African countries. You can do this at the Giraffe Manor Boutique Hotel near Nairobi. Don't worry; giraffes won't eat your food. You will be given special meals when you enter the hotel to feed the giraffes that got used to the tourists.

Rwanda is the world's leading country for wildlife lovers and one of the most visited African countries. The central theme of tourist interest in this hospitable East African country is the mountain gorillas. Our closest relatives live and grow on the slopes of the thousands of hills of Rwanda (there are thousands of hills per local belief). By the way, mountain gorillas are the most giant and most human-like monkeys. They are of great importance and are protected by the state. Giant monkeys bring together naturalists from all over the world. Rwanda has only three national parks, but the variety of existing flora and fauna is enough for several African countries.

Rwanda is one of the fastest-growing tourist destinations and most well known African countries on the continent. The advantages of Rwanda, comfortable Africa, are stable mild climate throughout the year, the absence of venomous snakes, the sincerity of the locals, and the richness of flora and fauna. Lake Kivu, located in Rwanda, is the most beautiful of lakes in East Africa. You can ride a speedboat, canoe, and boat on Lake Kivu.

Ethiopia is a developing country, but there are many things to see. This country can attract everyone. Tourists are attracted by the peculiar customs and traditions of the locals, rare animals, and unique landscapes. Moreover, there are enough historical and cultural monuments in the country. Exceptional nature, culture and traditions make this country one of the most visited African countries.

Although the Italians and the British regularly strived to Ethiopia, it was one of the few countries in Africa that had never been colonized. Besides, Ethiopia is known as one of the oldest centres of Christianity. Churches built here in the 12th century, as well as ancient religious books, attract tourists. There are Gospels, which are more than 600 years old, in these temples.

The capital of Ethiopia is Addis Ababa. It is worth noting that staying in big international hotels in Addis Ababa is better. Although Addis Ababa is the capital, there are still a large number of shacks. Crime rates are low in large cities, but you should not lose your vigilance while travelling across the country. It is strongly recommended not to approach the southern border of Ethiopia with neighbouring Somalia. You might meet some Somali pirates here.

If you think about where to go in Africa, the most developed country there may attract you. Yes, South Africa is rightly considered the most developed country in Africa. It is very safe here. However, guides do not recommend taking a random taxi in the street to prevent tourist kidnapping. Yes, it is possible here. It is better to visit the largest cities in South Africa first: Durban, Cape Town Johannesburg, Sun City, and Port Elizabeth. Each of these cities resembles British cities, as British colonialists built them.

The country has excellent infrastructure, and big cities are connected by rail network. It is noteworthy that there are special trains for tourists in South Africa. The trails of these trains pass through the particularly picturesque places, and some wagons are decorated in antique style. There is no need to talk about national parks and reserves again. Everyone knows that the richness of flora and fauna in South Africa will delight any tourist from the North.

A vacation in South Africa cannot be imagined without visiting Knysna. The city in the south of South Africa is popular among tourists due to its mild, warm climate. Distinctive nature, exceptional reserves, national parks make South Africa one of the most well known African countries. South Africa’s perfect infrastructure and comfortability for tourists are the reasons to visit Africa.

Egypt, one of the oldest countries in the world, is located on two continents - Africa and Asia. If you try to decide what to do in Africa, probably visiting the Pyramids will come to your mind as one of the popular options. Pyramids and temples attract more tourists to Egypt. The main attractions in Egypt are the Giza Pyramids, the Sphinx, the Ancient Egypt Museum, and the Nile River. No trip to Egypt can end without visiting the Blue Hole, the submarine cave near Dahab, near the Libyan border, and the Siwa Oasis on the Qattara depression.

We are not mistaken to say that the pyramids make Egypt the most popular among African countries. It is also one of the most visited African countries. The pyramids are the most important "place of power" in the plateau of Giza, Libya, and on the continent, and perhaps one of the most beautiful places on our planet. There are temples, tombs, etc. and the Great Pyramids of Giza, which resemble a whole city cemetery. There is the Great Khufu Pyramid (also known as Cheops Pyramid, one of the 7 Wonders of the World, the slightly smaller Pyramid of Khafre, and the smaller Pyramid of Menkaure, as well as several smaller satellite pyramids in the ancient necropolis. Pyramids exist in many other parts of Egypt. But the biggest and most famous of these are the Giza Pyramids. Pyramids and ancient history of Egypt are the reasons to visit Africa.

Morocco, a picturesque North African country, is full of noisy markets, beautiful minarets, and towering mosques. It is a lovely place to see historical monuments. Morocco's capital, Rabat, admires visitors with its beautiful gardens, spacious streets, and magnificent mosques. Walking through the streets of Marrakesh, also known as the "Red City" of Morocco, is an unforgettable experience. City squares revive in the afternoon. Here you will find snake charmers, henna tattoo artists, as well as dried fruit vendors. As the night falls, the markets are full of carts of fried meat and salad.

Morocco is a cultural centre for Arabs, North Africans, and some Europeans. The country has some of the best traditional restaurants, ancient cities, and temples. This one of the best countries in Africa is a perfect place for those interested in medieval temples and Mauritanian towers. Among the sights in Morocco, the Sahara Desert should be emphasized first. However, it is better not to go there alone, but it is better to do it with local tourism companies. Travel to Chefchaouen, also known as the "Blue City" in northwest Morocco, is also recommended by travel lovers.