10 things I wish I knew before going to Benin 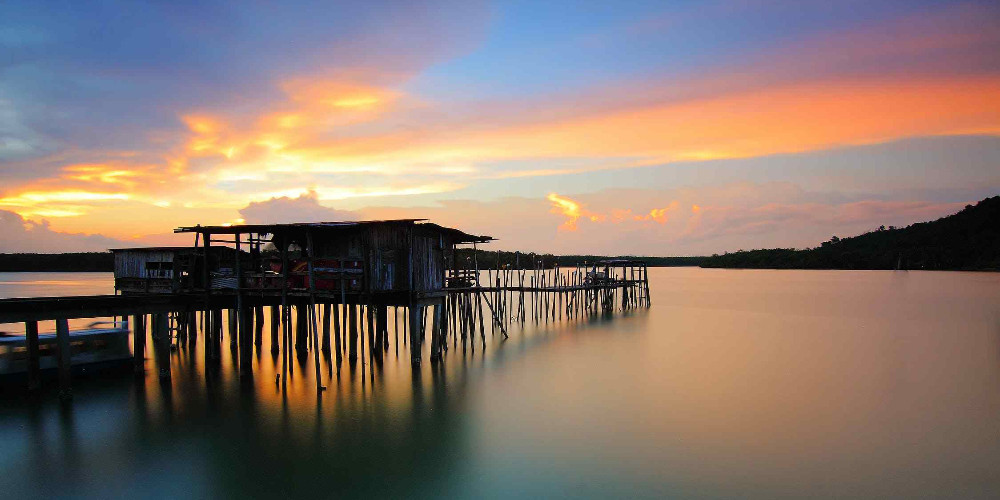 Where is Benin? In numerous ways, Benin is a perfect introduction to the continent of Africa. It’s a land of bountiful wildlife, pristine beaches, as well as, hospitable inhabitants. Due to its small size, travelling around Benin is a doodle. Outstanding infrastructure makes it easy to visit all places. Voodoo was born here, as well, and it was a dominant departure point for more than five million people who were made to leave the continent as slaves. Some of the interesting things to know about Benin are that the place has a compelling and complex history that travels down into daily life, as well as formulating a jumble of the strange and familiar. Find out here in Benin and enjoy touring some of the fantastic places you'll ever visit in Africa.

Ensure to remain in the South to catch the experience of Benin leading cities. Porto Novo is the laidback capital for Benin, along with the vibrant and chaotic commercial hub of Cotonou. Moreover, you can decide to take some time off from the palm-fringed Atlantic beaches, as well as, Porto Novo lagoon-side location; and inquire for an audience with the tribal process of Ajase. That is an ancestral name in Benin. Explore where is Benin, and find out more about interesting things to know about Benin. This article will let you know about some travel advisory points before you go to Benin.

1. The winter in Benin

People residing in Benin put on heavy winter coats during summer. That is among travel advisory before you go to Benin. At Cotonou airport, especially after 10 pm, temperatures remain at 26 degrees and above. That is probably one of the most amusing travel advisory beige you go to Benin. It can sound quite absurd for you to be caught up with the winter cold without proper clothing. In August, it’s frigid here, with temperatures falling to as low as 20 degrees Celsius. At this time of the year, nobody enjoys going out of the house unless it is necessary. To equip yourself for this experience, always ensure that you accompany yourself with heavy clothes when you travel to Benin.

Benin is, without a doubt, the cradle of Voodoo. Voodoo cradle is one of the interesting things to know about Benin. The locals here have named the place Vodun, which implies spirits. The core aspect of Voodoo is five divine elements that control the entire universe. Before you start picturing the black magic stuff and the voodoo dolls, I would like to stop you at this point. The ceremonies conducted here don't resemble the distorted image popular in America and Europe in Hollywood movies. The worship of the serpent done here is one of the main aspects that many people would find uncomfortable and scary.

This religion was invented back in the 13th century by Allada, the ancestor of Kings. Voodoo spread later to the Caribbean and Brazil via slave ships from West Africa. Voodoo is an official religion in only one country worldwide, and that is Benin. Vodun delivers common in Benin coexist harmoniously with Muslims and Christians. People here believe that we can always live in harmony with each other despite the God we worship.

People here believe that photography claims a piece of the soul. Some may think that this is an outdated superstition. Respecting other people's beliefs will take you to greater heights. Always ensure that you request permission to take pictures from a distance, as well as avoid taking clear face shots. That is unfounded fear that originated from Voodoo and animism. Personal artefacts such as pieces of clothes, hair, blood, or nail clippings can be used to cast a curse or a spell. For this reason, it’s not a far stretch to think that images created through photography can as well be used for similar purposes. That is a huge challenge to take close up photos or coming up with portraits in Benin.

In Benin, cotton is gold. That is because cotton constitutes almost 80% of Benin’s export. Cotton is a vastly used product, especially in the fashion industry. For this reason, there are high chances that clothes here are made from pure cotton. Once you insect the quality of clothes here, you will be amused. They are made entirely from cotton, and the quality is spectacular. The fashion here is quite colourful and vibrant. Mostly in women's fashion, it is unique what they can accomplish with a single piece of cloth. When you get your Benin e visa, you can travel to this country and get lost in colourful, fashionable clothing!

A white person in Benin is referred to as yours. Once you hear this phrase, do not get mad as it is not offensive and just the norm here. A white person walking by Benin streets will hear this terminology most of the time. Due to Benin people's friendly nature, they will shout at you from a distance to smile, wave, or talk to you. Sometimes you might notice kids scared of you since you may be a white person. However, the majority of them will welcome, wave, and smile at you when you visit their country.

7. Food and drinks in Benin

It is important for anyone with plans of visiting Benin to be aware that most water found in Benin is highly contaminated, especially in Porto Novo. It is necessary to sterilise or boil any water used to brush teeth, make ice, and drink. Since milk found here is not pasteurised, it is also recommended to boil it before consumption. In terms of ensuring safety, it's advisable to take tinned or powdered milk. Refrain from all dairy products. Also, ensure that fish or meat purchased is cooked thoroughly. The peeling of fruits and cooking vegetables is also important.

When you travel to Benin in big cities like Porto Novo, you will use “zemidjans”, also referred to as Zems in short, which is a name used to refer to motorcycles zipping around cities. The original term used was Zemi johns. Zems are one of the interesting things to know about Benin. These are technically the only options available for people around in cities like Porto Novo. A tourist using Zem is expected to pay more. For a short ride, you pay about 1500-2000 CFA. Zems in Benin are only preferred for short distances, moving for long distances, you can take a bush taxi, which is considered cheaper. That is among the vital travel advisory before going to Benin.

9. Going for hitchhiking in Benin

In case you intend on engaging yourself in hitchhiking in Benin, you will be needed to take a lot of bush taxis. This is because they might be the only commendable means of transport for long distances. Big trucks can provide the best experience for hitchhiking. Since the distances here are not too long, the trucks' slow movement should not hinder you. Keep in mind that sometimes drivers might request a tip. Find out where is Benin and enjoy engaging in these fun experiences.

Is drinking water easily accessible in Benin? Well, in cities like Porto Novo and Cotonou, drinking water is technically safe. Drinking water in Benin is one of the major issues contributing to the emphasis on recommended vaccines before going to Benin. For some reason, water outside Cotonou may not be safe for drinking. So the best thing to do is equipping yourself with funds to purchase drinking water. When purchasing drinking water, two options are available: eater packed in little plastic bags or bottled water. If it’s your first time visiting Benin, it’s recommended that you use bottled water for drinking. The reason why is due to the horrible stories arising from contaminated water in these little plastic bags.

People here have other uses of these bottles for these purchased bottled water. So, you can ask anyone around if they would want to use the bottle if you drink your water and don't need it anymore. Finally, the best tip I can offer you for free is not to purchase drinking water in titles but rather in shops situated in the streets of Benin. Doing this will help you save some extra funds during your trip to Benin.

Topics
Apply for any visa in two clicks!
Countries
Do you want to get a Benin visa easily?
Get your visa now 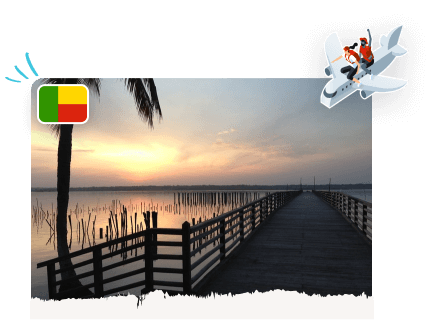