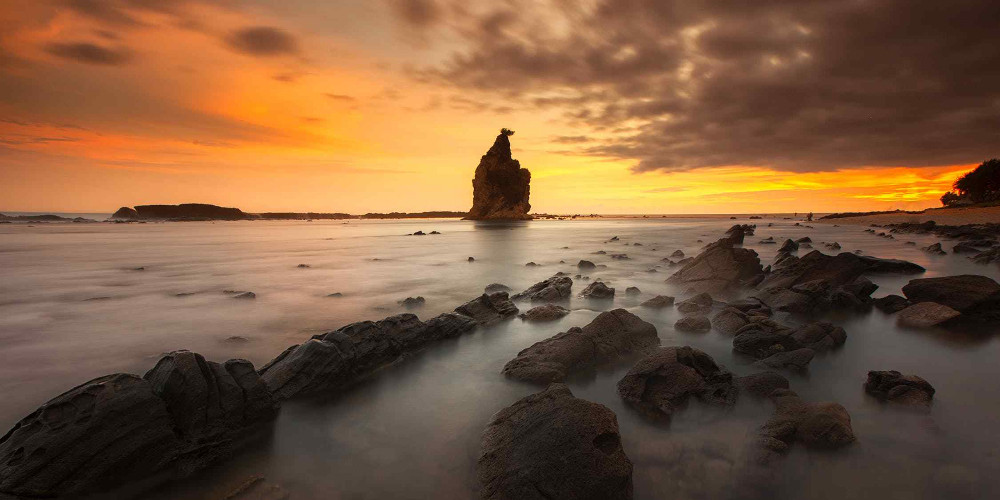 10 things I wish I knew before going to Haiti

Haiti on the map is located in the Caribbean. A country whose name comes from the word "Aichi" means "Land of Mountains". A country where rocky mountains are everywhere, and only in some places there are narrow plains. The country is occupying the island of Haiti or, as the locals call it, Hispaniola.

Christopher Columbus discovered the country in 1496, thinking that he had discovered India or Asia, and called it Hispaniola, being crazy about the beautiful and unique nature. A country, where about half of the Haiti population cannot read or write, a country that professes Catholicism, continues to cultivate voodoo, which is entirely contrary to the Christian worldview. A country that has not achieved obvious economic development growth and is one of the poorest in the region, but has managed to develop a high-level tourist service. New large Haiti hotels and entertainment complexes are being built. The country is not very safe for tourists, but despite this, there is a flow of them there… A country, the country that gave the world such words as "barbecue", "canoe", "tobacco", "hammock"... a country that combines beautiful beaches, untouched picturesque exotic forests and unique ethnic architecture… A country where the level of health care is so low that there are only 10 hospital beds, 10 nurses and 8 doctors per 10,000 inhabitants. The country is considered the largest fortress in the Western hemisphere, the famous Citadel with 365 cannons. The country that owns Tortuga's island is yes, yes, the same island of pirates from the movie "Pirates of the Caribbean".

In this article, we will tell you about 10 facts that you need to read before travelling to the island of Haiti, where is Haiti located.

1. Best time for travel is from December to March

The Haiti climate is tropical, humid and hot at the same time. The air temperature here varies more during the day than from season to season (the average temperature is +25 degrees). The country's holiday season is interrupted by 2 rainy seasons, one of which begins in April and lasts until the end of June, and the other starts in September and ends in the second half of November. In the remaining time, except for the period from June to September, when tropical hurricanes occur here, hot and sunny weather prevails, so it is best to plan a vacation in Haiti from December to March.

2. Haiti is a country where everyone can relax

For the tourist who is going to travel to Haiti, there is a great variety. Haiti is suitable for families, young people, and those who prefer active holidays. If you are planning a trip with your family, then be sure to take an eco-tour to the magnificent Haiti resorts of Pentonville, Jacmel, Croix-de-Bouquet or Cap-Etienne, which are also balneological, and where you can visit bright festivals, interesting exhibitions, exciting excursions and animation events together with the wellness part of the holiday. Young people will find Port-au-Prince (the beautiful capital of Haiti), Croix-de-Bouquet and Jacmel exciting. There are many nightclubs, concerts and performances, sports complexes with fitness rooms, trails with bicycles and roller skates. Lovers of active holidays should definitely try scuba diving, surfing and kite surfing on the coast of Petionville, cap-Athena, Croix-des-bouquets. You can also try hiking in Macaya and La Visite's National Parks, where you will encounter rain forests, alpine meadows, waterfalls, and complex cave systems. Horse-drawn trails are also available, which usually pass through mountainous areas.

However, please note that since the country's resorts are considered the most popular and fashionable international Haiti resorts, prices are quite high for almost everything.

3. There are many places to visit in Haiti

Haiti is a place where, beside the Cote d'Azur and beautiful bays, you can find ancient architecture, historical monuments, unique natural formations. Haiti can offer you unspoiled misty forests in the Macaya Peak Park, beautiful pink flamingos on Lake Trois Caiman, the resort island of Labadie with sunny Haiti beaches and a variety of entertainment, which is visited by a cruise ship and much more.

Port-au-Prince is the capital of Haiti, named after a French prince, and one of the best places to visit in Haiti. It is safe to call it a city of contrasts. There are dilapidated colonial buildings, from which the smell of home-made food stretches, and the elite suburb of Pentonville, where high-end hotels, clubs, trendy shops and restaurants are located. Since the city is considered safe, there is a flow of tourists who want to learn about Haitian culture. On the other hand, Haiti's capital is a center of trade, where goods are sold wherever possible. In Port-au-Prince, you can buy anything and even medicines, since there are no separate pharmacies in Haiti. There is also the Cathedral of Port-au-Prince – a beautiful building in the classical Gothic style, the construction of which lasted almost 30 years. It was damaged during Haiti earthquake that occurred in 2010 (we will talk about the reasons why earthquakes often occur on the island of Haiti below), but its majesty was restored, and the Cathedral again pleases with its magnificent beauty locals and tourists who come to the island of Haiti, where is Haiti. Here you will enjoy visiting the National Museum of Haiti, which has in its exposition documentation, a collection of numismatics, beautiful paintings, and everyday life elements. The Art Center provides demonstrations of fine art from Haiti, American and European countries. The museum also has exhibits that belong to the Haitian emperors, namely here the gun of the shot King Henri Christophe is preserved and the anchor belonging to the ship of Christopher Columbus Santa Maria.

Another outstanding architectural structure with a long history is the Palace of Sans Souci, which belonged to the Haitian king. Despite the not very cheerful history of the palace and its dilapidated appearance after the Haiti earthquake, tourists still show their interest in this place. On the way here you will see huge sugar plantations.

The next places to visit in Haiti must be Lake Trois-Canmans, home to a colony of flamingos, as well as herons, ibises and ducks. Nearby are the salt lake Etan-Sumatra, the National Park of Haiti Fort-de-Pin, the magnificent black sand beaches in Cap-Etienne, Jacmel, which are definitely necessary to visit to get an unforgettable holiday in Haiti. Also visit the two largest lakes Enriquillo and SOMATO whose dimensions, for unknown reasons, increasing in every year.

In Haiti's list of attractions, there are churches, of which there are thousands and thanks to them, the capital of Haiti has acquired a different appearance. Be sure to visit several of them.

In Haiti, two stadiums are local toruist attractions, one of which bears Silvio Cator's name – the Olympic Games winner in the long jump competition in 1928, whom Haitians are very proud of.

4. You should be more careful with the locals

The local Haiti population is not very friendly towards tourists, especially those with light skin, but the calculation is more important. Each resident believes that the traveller has enough money, and he will treat him with food and drink.

Consider also the fact that Haitians are not very fond of shooting. A tourist who decides to pull out a camera and take a picture of a resident or record an interview with him immediately assign the status of an enemy.

In any case, do not go to Sit-Soli, which are huge slums called American cities and are divided into blocks. The situation here is so tense that the UN periodically sends a garrison of Blue Helmets to ensure security. So, to not spoil your vacation in Haiti, it is better not to appear there.

5. The national cuisine of Haiti is quite peculiar

The cuisine of Haiti, like the whole country as a whole, is quite contrasting. The restaurants offer both Asian and African, and European cuisine. So, everyone will be able to find something of their own. Haitians also use exotic seafood in their dishes, which may seem unusual to many. They also combine incongruities, for example, they cook corn in fish broth, smoked herring with pears, poultry with bananas and rum with soda. The locals mostly eat bananas and rice. Chicken meat is considered a delicacy, so many do not even know its taste.

6. The country uses not only the official currency

Haiti's official currency is the gourde, but the national currency is not always used in payments. The world currency is also in circulation, that is, US dollars are exactly passed here, and even in stores on the price tags, you can also see prices in dollars. Convenient.

7. Ability to speak French will definitely help you

The official Haiti languages of Haiti are French, Creole and Haitian.

8. Events organized in Haiti turn into a spectacle

If you manage to catch a festival held annually and church teams consisting of young people compete, you will encounter an incredible spectacle. Children test their strength in the art of prayer, compete in songs and dances.

Another important event for the local is the voodoo festival. If you allowed joining this event, be sure to bring a bottle of whiskey with you.

9. There are a few types of vehicles here, to be more specific just one

Transportation in Haiti is completely undeveloped. The most common and peculiar means of transport here are buses "Tap-tap", more even they look like trucks, resembling pickups. Their design is quite unusual and very bright, including portraits of Hollywood stars, comics, biblical novels and even portraits. Still, all have an inscription expressing gratitude to the Almighty.

10. The way of life of Haitians is quite strange

The lifestyle of Haiti people is quite passive. Due to the lack of the necessary number of jobs, people sit at home all day or walk around the house.

An unpleasant circumstance is a fact that in homes very often, there is no light at all. There is no centralized water supply; people bathe and cook with water purchased in stores.

There is a powerful influence of religion. Impact of the religion is so strong that people who want to get a visa need to go to church. Local residents who have certain savings open a church, which is considered a very profitable and successful business.

Yegana loves to travel and enjoys opening new places, getting acquainted with new people and their cultures. She agrees with scientist Ibn Battuta's quote that "Journeys deprive us of the gift of speech and then turn us into a better storyteller", as she cannot stop after each journey and tells everyone about the emotions she has experienced. She is the author of so many articles that she has lost their count. Most of all, she likes to write about the economy and travel. She believes that everything can be learned in this life, what is needed is only a strong desire and people who want to share their knowledge and experience. In turn, she also shares her knowledge with others, trying to make their world a little more exciting and beautiful.