10 things I wish I knew before going to Moldova 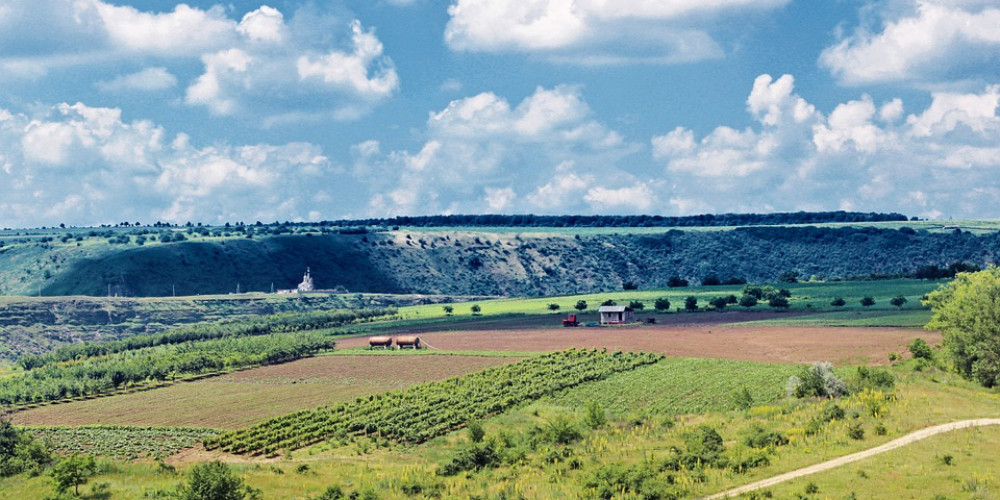 Are you planning to apply for Moldova E-visa and visit Moldova? Located almost on the eastern edge of Europe, between Ukraine and Romania, Moldova is one of the least known countries on the continent. If you look at the Moldova statistics, the numbers vary widely online. Still, according to Business Intelligence for South-Eastern Europe, for example, in 2016, they received 306,307 tourists, the vast majority of whom were from Romania, Ukraine and Russia. It means that the number of visitors coming from countries other than their neighbours is small. Of course, visit Moldova with a narrow outlook, expecting to see the magnificent European architecture and a wide variety of UNESCO World Heritage Sites. You will not go there. However, suppose you want to delve deeper into the culture, get carried away by Soviet history, and also look at the most traditional country in Europe. In that case, you will definitely like Moldova. This article will share basic information about such a place as the Republic of Moldova and its attractions. First, let's find out what is the correct name.

When it comes to the current country, the correct word is "Moldova". After the collapse of the USSR, the country was called the Republic of Moldova, so it is correct to write and speak exactly like this, especially about official documents. So if you are thinking about Moldova or Moldavia, choose the first option!

Where is Moldova located?

We return to the question " Where is Moldova located?" which we asked at the beginning. Two-thirds of Moldova people are of Romanian origin, and both countries share a common cultural heritage. The industrial area east of the Dniester, known as the Trans-Dniester or Transnistrian Region, was a formally autonomous region within Ukraine until 1940 when the Soviet Union merged it with Bessarabia to form the Moldavian Soviet Socialist Republic. This area is mainly inhabited by Russian-speaking and Ukrainian-speaking residents. As people became increasingly concerned about the prospect of closer ties with Romania during the tumultuous twilight years of the Soviet Union, Transnistria unilaterally declared independence from Moldova in 1990.

1. The best time to visit Moldova

The best time to visit Moldova for hiking is mid-September - mid-October. Why? This is the harvest season, and the grapes of Moldova are one of the main reasons to come to this country. You will most likely see how they produce wine, plus the Moldovan wine festival takes place in the first week of October. Winter (November to February) - Sure, you can visit then, but it's going to be damn cold with few events. Spring (from March to June) - I think spring will be the second in a row, as the weather will be pleasant, and the scenery will be covered with blankets of flowers. Summer (July and August) is high season and hot, but I think it would also be a good time in Moldova. More travellers dilute the calm atmosphere of the country. Also, during the warmer months, you will see many young entrepreneurs taking advantage of the free Wi-Fi throughout the green area.

2. How to get to Moldova

There are different ways to get to Moldova: How to get to Moldova by plane: Chisinau International Airport has a good selection of flights connecting to various European cities, such as Warsaw, Munich, Kyiv, and Bucharest. I recommend Skyscanner, but you can also check out the Moldavia Air website. How to get to Moldova by land border: Moldova shares a common border and endless entry points with both Ukraine and Romania: - Ukraine: if you come by land transport, most people will go from Odessa to Chisinau either by train or by bus, and the train will be faster. You can book tickets on the Ukrainian Railway's official website, but do not forget to type Kishineu, the correct Russian transliteration. However, if you look at the map, you will see an infinite number of entry points, and I suggest you choose the one closest to your location and destination. - Romania: Again, many entry points, but most travellers will just take the night train from Bucharest to Chisinau, the capital of Moldova.

3. How to make new acquaintances

It may take a little effort to get the local Moldova people to like you, but they will do it. Consider it a quirk of history. This area, formerly known as Bessarabia, has been ruled by numerous empires throughout history, including the Ottoman and Russian empires. At one point, it was a region of Romania and later the Soviet Socialist Republic territory. After declaring independence in 1991, it faced difficult relations with Russia, and within its borders has a breakaway region-Transdniestria. That is, Moldovans may be wary of visitors at first, but after a conversation (the younger generation speaks English) over a cup of strong coffee or a glass of local cognac, you will have a friend for life. Filled with a mix of planned activities and free time, this holiday provides ample opportunities to meet local Moldova people sitting on bar stools or lingering in outdoor cafes.

The grapes of the "Moldova" variety are undoubtedly a national treasure. Moldova is the world's largest cellar. From rich red to sweet white riesling, visitors will find plenty of wine in Moldova. While the wine is only now beginning to be widely exported outside of Eastern Europe and Russia, it is one of the best in Europe. You can easily find a quality bottle that costs up to $10 or pick up a bottle at the grocery store for half price on the restaurant menu.

One of the best places to taste spirits is the Milestii Mici Winery, 120 miles of underground tunnels that house the world's largest wine collection. It is a must visit Moldova destination, and so make sure to take the time to sample the red, white and sparkling wines from the local vineyards in the tasting room dating back centuries. The winery is so large that tour guides zip visitors through a small portion of the tunnels by car instead of walking.

Don't discount the culture of this tiny country. In 2005, Moldova's favourite drummer grandmother, Lidia Bejenaru, appeared on the Eurovision stage as part of the rock/funk band "Zdob şi Zdub". It was ranked sixth - the highest-ranked country in the annual European music show. The judges refer to the energetic performance of the grandmother beating the drums in traditional clothes is a kind of sexagenarian version of Sheila E. Today, she still performs typical Moldovan folk songs with her husband at ceremonies, including cultural festivals and weddings. You will have the opportunity to sing and dance with the duo at a home-cooked dinner overflowing with food and local wine.

In the capital of Moldova, Chisinau, cafes, restaurants and shops are dotted with roads surrounding the Cathedral Park and the Boulevard of August 31, 1989 (a busy street named after the Independence Day of the Republic of Moldova). Sip a strong cup of coffee, similar to Turkish, and enjoy puff pastry or cake-style sweets. You can also relax in the fresh air with the locals lounging on the benches in the Cathedral Park, enjoying a cup of espresso to take away from one of the many snack stalls offering drinks, ice cream and sweets.

Even though Chisinau is smaller than other European capitals, it is still fairly well Packed for the long weekend. In addition to relaxing in the park, take a walk around Piata Centrala. This is the city's main open-air market, which sells fruit, meat, clothing, and more. Ask your guide for a primer on Moldovan trade etiquette, and then hone your haggling skills at the Souvenir Bazaar, which sells much more than just trinkets. Here you will find antiques, souvenirs, handicrafts, and many relics of the communist era. If you ask politely, you can even get a free kaval (traditional flute) lesson from a local musician. Leave time to explore the Metropolitan Cathedral of the Nativity of Christ, the city's main Orthodox church with impressive frescoes and a reconstructed bell tower (the original was destroyed during World War II). Don't be afraid to ride trolleybuses. The routes are extensive, with a one-way fare of about $0.15. For easy navigation, download the interactive map before you arrive.

No visit Moldova during the summer is complete without stopping to smell the (sunny) flowers. Most road trips by car follow the village winds through small roads and large highways, where you'll pass fields of bright yellow flowers stretching for miles beyond the horizon. Stop to take a photo on Instagram, but know that flowers are much more than just decorative. Moldova depends on the helianthus cordial as the main export crop, processing seeds for food and cooking oils. What will surprise you in car travel? Healthy snacks made from sunflower seeds and nuts are widely available at roadside stops and gas stations.

Where can you treat yourself to a three-course meal, with local wine, for less than $ 10? In Moldova! From casual places in Comrat to restaurants serving traditional or international cuisine in Chisinau, food is unlikely to leave a void in your wallet. The country is known for its vegetarian and meat dishes, but there are also lighter options and vegetarian ones. Be sure to try the Moldovan borscht, which can be ordered with or without meat. For example, Placinta is a savoury dough available with a variety of fillings, including salty cheeses or meat. If you're on the road and don't know what to eat, look for Andy's Pizza. This is a local chain that offers pizza, Moldovan specialities, salads and cocktails. Tip: Restaurant service is much slower than in Western Europe. They don't ignore you, it's just a different pace. Don't forget to leave enough time if you have a bus or train to catch.

If climbing to the top of a hill to visit an ancient cave monastery is not on your to-do list, then change it. The Orhei Vechi monastery is located high on a hilltop overlooking the river Raut. The structure was dug by Orthodox monks in the 13th century, abandoned in the 18th century, and now it is again home to several single monks. Go outside to the cliff face and put a coin in the natural limestone structure with dimples for good luck. Just don't look down if you're afraid of heights! Don't wait for this country to be discovered by travellers around the world. Now is the time to visit Moldova, this authentic and wonderful land!