Romania - Vlad the Impaler, Bran Castle and way to them 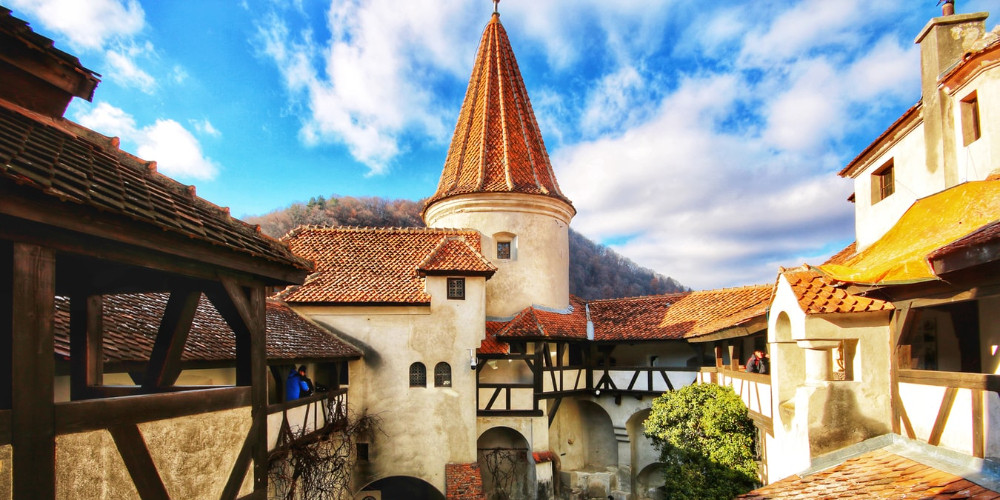 Romania is one of the most beautiful countries on the list of European Union countries. Where is Romania? The eastern coast of Romania, north of the Balkans, is washed by the Black Sea. The Carpathian Mountains have rich nature due to the Danube, the world’s second-longest river, and the pine forests. We can see the unity of multiple cultures in this country, which has become the site of many historical events. It has a rich cultural heritage. Although there are many Orthodox churches in the country, there is no official religion. The discovery of the oldest human fossils here makes Romania one of the oldest settlements. The ninth largest country in Europe has significant oil reserves. Today, most of Romania’s income comes from oil and agriculture.

Tourism in Romania is mainly differentiated among the most developed areas. Today, Romania is at the forefront of the rapid development of tourism around the world. The nature, ancient castles, the frightening atmosphere of Transylvania, the medieval settlements of the Sibiu region, and the Saxon churches of centuries are among the reasons why Romania is attracting more tourists. Tourists are amazed by the spectacular mountain scenery and the unfrequented areas. If you are wondering, is it safe to travel to Romania? Another reason why tourists travel to Romania is that Romania is considered one of the safest countries. In 2017, Romania ranked 30th among 162 countries. Today it has a safety index of 75%. To increase this percentage, some points need to be considered. It is better for those travelling here to avoid the Ferentari neighbourhood in the southwest of Bucharest - the capital of Romania, as it is known as the capital’s crime borough. It is better to exchange money only at the exchange centres. Otherwise, you may become a victim of scams. Some people like to travel by renting a car in the country they are visiting. It is also possible in Romania. However, it would be best if you avoid some brands such as Volkswagen, Opel, and Mercedes. It is better to be careful, as the cars mostly hijacked in the country are of the mentioned brands.

Several places in Transylvania have been included in the UNESCO Cultural Heritage List. Viscri, Biertan, and a few historic buildings and churches in the area are among the must-see places for tourists who travel to Romania. The preservation of the medieval European city image gives the city a historical look.

Bran Castle is as famous as Romania. The castle is located in Brasov, on the border of Transylvania and Wallachia. Although Bran castle is known as the home of Count Dracula, the castle does not contain any personal belongings of Dracula. You can see the items belonging to the noble families who lived in the castle. Among the most visited historical monuments in the region are the castles of Poenari and Hunyadi. These fortresses are also known as Vampire towers. There are many sightseeing places in Brasov. The Strada Republicii, the largest street in the settlement with numerous cafes and restaurants, historical buildings, awaits tourists. Bran Castle is one of the best places in Transylvania.

In 1897, the Irish writer Bram Stoker wrote the novel Dracula. The Bran Castle was chosen as a location in the book; that's why Romania began to be understood as a land of Dracula. The glory of Transylvania reaches the world.

Who was Vlad the Impaler?

The Walachia ruler Vlad the Impaler, was chosen as the prototype of the hero Dracula. The possibility of Vlad III the Impaler, who has brutally murdered his enemies, being a Dracula, has been growing day by day. Let us briefly go back to the fifteenth century. Vlad Tepes is the son of the king of Wallachia in Romania. His father, Vlad II’s long struggle with the Ottoman Empire, resulted in the occupation of the area by the Sultan. Wallachia ruler suggested the Sultan keep the internal independence of the country in return for the taxes and his two sons. As a result of the king’s agreement, the princes of Wallachia were brought to Tokat (or Edirne). Here, the little prince Vlad, who grew up in the school of Janissaries, was appointed to the Governor of Wallachia by the Sultan many years later. The prince, benefiting from the opportunity, seized Wallachia and declared his independence. He rejected the Mehmed the Conqueror’s tax request and impaled two envoys sent by the Sultan. He killed 1,000-men riders posted by Mehmed II after this incident. Historical records show that Vlad the Impaler secretly entered the Turkish army as Janissaries and murdered about 24,000 Ottoman soldiers from Serbia to the Black Sea. The loss of 15,000 soldiers out of 90,000 troops sent by the Sultan was the last drop of the Sultan’s patience, and he participates in the battle with Vlad in person. Nearly 20,000 impaled Ottoman soldiers, wounded women, and children greeted him in the forest about three miles away from Wallachia. Finally, Vlad was beheaded by the Ottoman soldiers, and his head was sent to the Ottoman capital.

The origin of the name Dracula is associated with the rank of Dracul given to Vlad Tepes’s father, Tepes II. The name was given to him by the German Society of Knights for his battle against the Ottoman and, generally, Muslims and is interpreted as “the son of the Dragon.”

Bram Stoker wanted to choose another area as the venue for the events before writing his novel. It is thought that he directed his attention to Transylvania after reading information about Bran Castle and Vlad Tepes from different sources. In the story, Dracula is described as a white-skinned man, often sleeping in the coffin during the day and hunting at night.

The organization of colourful festivals in Transylvania is becoming a tradition. International film festivals for movie lovers, festivals for music and theatre lovers are very bright. Sighisoara Medieval Festival, held in the last week of June annually, is among the most exciting festivals. Participants of the festival perform dances of that period in medieval costumes. The festival, now held in a more festive mood, is greeted with a little more enthusiasm every year.

Other places to visit in Romania

Sighisoara is one of the reasons why people travel to Transylvania. Sighisoara is a small historical settlement in Transylvania with traces of the medieval age. It is under the special protection of UNESCO. It is reported that Vlad Tepes III was born here.

The sculpture of King Decebalus, devoted to the last king of Dacia of the historical Roman Kingdom the King Decebalus, is striking. It was carved on the rocks at 40m high in the Danube River basin between 1994-2004 years.

If you travel to Romania during the summer months, add the Scarisoara Ice Cave to your must-see list. It is known as the cave with the most significant underground glacier in the world. The cave is located in the territory of Western Romania. The ice is caused by the cold weather inside the cave. The temperature in the cave is never positive, and the thermometer is always below 0º.

The forests in this area are known as the “virgin” areas for being unbeaten. The forest area is about 250 hectares. There are giant trees up to 500 years old and rare plants. Not inferior to Transylvania, these monstrous forests are being visited annually by hundreds of tourists. Add Strambu-Baiut to your best places to visit in Romania list.

The area in Zarnesti has been created for the bears, rescued from the zoo and circus, to live in the natural environment. The rights of about 100 bears have been restored here. It may not always be possible to go to Zarnesti. It should be planned with tour companies, as it is possible to visit the region at certain times of the year. Anyway, this is the right move to keep the animals, frustrated by the audience in the circus and zoos, away from stress.

As you can see from these places to visit in Romania mentioned above, Romania offers travellers all sorts of alternatives. Romania can be an option for history lovers, nature lovers, and lovers of adrenaline, or those who prefer modern travel.

Topics
Apply for any visa in two clicks!
General
Do you want to get a Romania visa easily?
Get your visa now 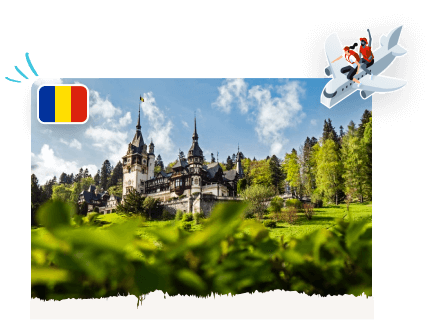