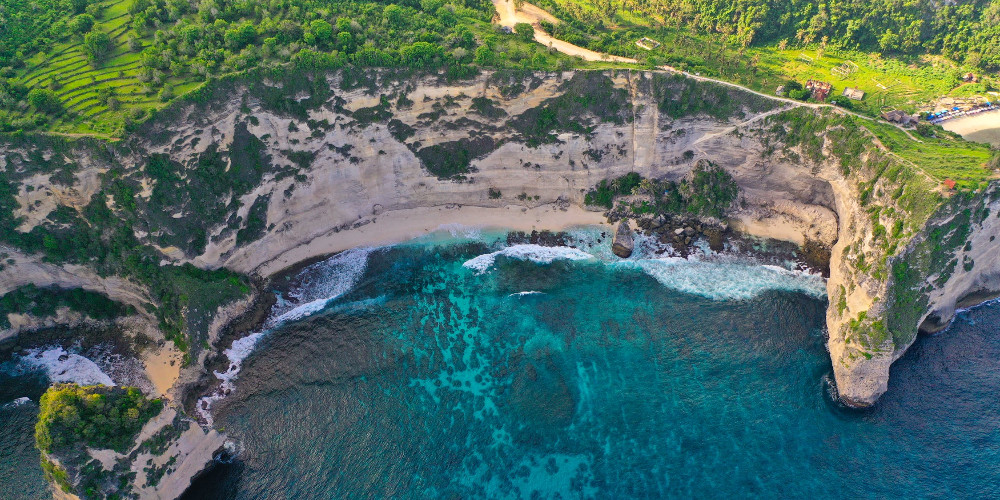 1. Flights to Saint Vincent and the Grenadines

British Airways provide regular flights to Saint Vincent and the Grenadines, Barbados, Saint Lucia and Antigua. But if you want to fly between the islands, then you can use Virgin Atlantic airlines as it is way cheaper and convenient at the same time. It is also worth mentioning the fact that from London Gatwick, which has links from many UK cities, all direct flights depart to the gateway islands. But, besides this option, flying through US gateways such as New York, Atlanta and Miami are other alternatives. You will be taken to one of the major islands by the large US airlines, and then you change planes for your flights to Saint Vincent and the Grenadines.

2. Saint Vincent and the Grenadines currency

Being the second-largest island in the Grenadines, Bequia leaves speechless all the beachcombers and seafarers with its golden beaches, smooth aquamarine waves and peaceful atmosphere. When you despair of lounging along crumbly lines of shorelines, then pack your belongings and head to Port Elizabeth, Bequia's cosy, seaside town that will shock you with its magic that you won't be forgetting for the rest of your life. While you are there, do not forget to taste delicious treats that the city will offer you!

The small island of Canouan, which measures a mere three and a half miles long by a quarter-mile high, never fails to massively impress all the travellers. World-class spas, luxury beaches and stunning coral reefs are just some of this lonely island's attractions. However, there is one question that needs to be answered, and it is how you can get to Canouan. Well, the easiest way is if you try to enter Canouan by plane from St. Vincent. Direct flights from Barbados and St. Vincent to Canouan are operated by Grenadine Air Alliance.

Let us start by saying that Mustique is a tiny private island and is one of the Grenadines, which, basically are a group of islands in the West Indies, and like most of these, it is administratively part of Saint Vincent and the Grenadines. The island is situated within Grenadines Parish, and the nearest island is the uninhabited Petite Mustique, about 1.6 km to the south. Yes, it sounds like an amazing place to visit whether you are alone or with your family, however there I something that you should not forget at any accost. Visiting this beautiful sanctuary is not cheap. You can arrive by ferry, but it only serves the island a couple of days a week, once a day. In order to arrange a mooring, if you travel by charter boat, you will need to contact the Mustique Company's headquarters.

6. The capital of Saint Vincent and the Grenadines

First of all, what is the capital of Saint Vincent and the Grenadines? Kingstown, the capital of Saint Vincent and the Grenadines, is also a primary commercial centre of the state. No surprise that Kingstown is the most populated settlement in the region, with a population of 16,500. The current capital that we see today was established by French settlers shortly after 1722, while Saint Vincent had 196 years of British control before its independence. The St. George's Cathedral is one of the most visited places in the capital and so-far tourists' favourite.

7. Saint Vincent and the Grenadines population

Saint Vincent and the Grenadines has a population of 110,940. The population decline of St. Vincent is caused by a high rate of emigration, as economic development is doing pretty good. You will be all good with your English skills, while I think it is important to know that a large part of Saint Vincent and the Grenadines population speak Vincentian Creole, an English-based Creole, as their mother tongue, while the official language is English. English is used in school, law, faith, and other formal spheres, while Creole is heavily used in casual circumstances such as in the home and among friends.

After a quite simple 10 minutes of hiking, you can get a chance to see Saint Vincent and the Grenadines' most open and stunning waterfalls, Dark View Falls. Getting there, though, is not without fun. To get to Dark View Falls, you must cross a bridge made of bamboo sticks across the Richmond River, which is completely safe but might be as well as a little bit challenging for some visitors of this beautiful natural phenomenon. About a 70-minute drive north of Kingstown will take you to the falls.

A lot of tourists will agree with me if I say that Mayreau is one of the best places in the whole Caribbean area. Mayreau is the smallest populated island of all Saint Vincent and the Grenadines, and with a population of about 271 residents. The population is mostly gathered in a nameless village situated on Station Hill, a hilltop in the southwest of the island. There is only one way to get to the island, and that is by boat. This peaceful island is home to a small hilly village with fascinating seaside panoramas. There is a view of the Tobago Cays, Canouan, and Union Island from the crest of the hill behind the Catholic Church.

The Tobago Cays are an archipelago containing multiple small islands and enormous marine ecosystems situated in the Southern Grenadines of Saint Vincent and the Grenadines. Including Petit Rameau, Petit Bateau, Baradal, Petit Tabac, and Jamesby currently serve as popular tourist destinations. Any of the finest underwater locations in the Grenadines boast this cluster of remote, uninhabited islands situated at the east end of Mayreau. The quiet, green waters of the remote cays teem with vibrant marine ecosystems and tropical sea creatures. Tens of threatened species are present in the Tobago Cays Marine Park. In the park, there are brown pelican colonies, bridled terns, and iguanas, and also there are several migratory birds that travel through the region. Quite interestingly, the feeding and breeding areas for green turtles, hawksbill turtles and leatherback turtles are the beaches and seagrass beds.

Topics
Apply for any visa in two clicks!
Countries
Do you want to get a Saint Vincent and the Grenadines visa easily?
Get your visa now 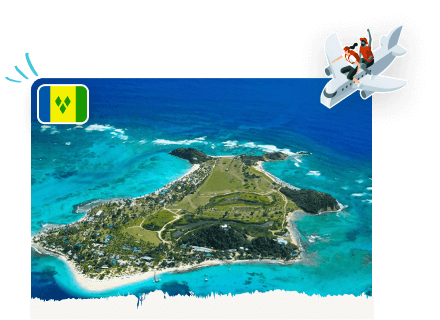