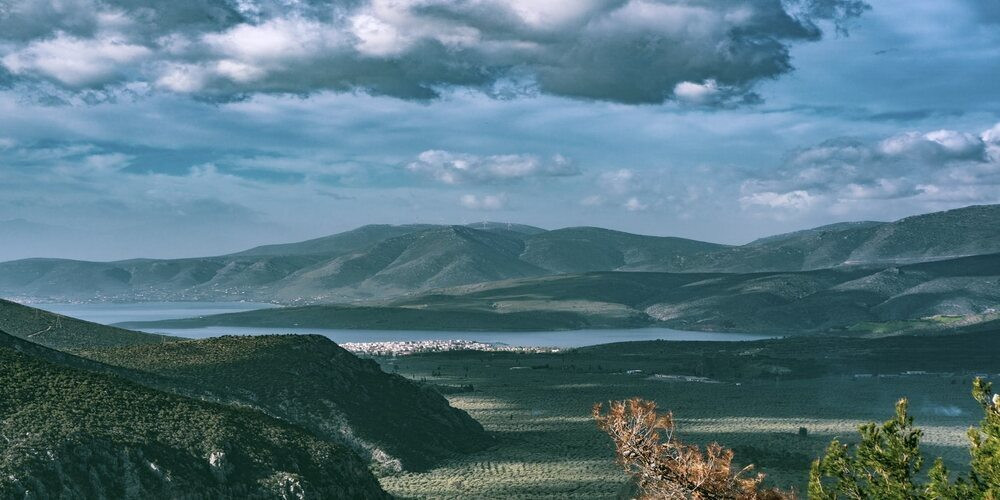 2. History of Sao Tome and Principe

One of the interesting Sao Tome and Principe facts is that the fertile volcanic soil is perfect for growing cocoa. In the year 1913, Sao Tome and Principe population became the largest cocoa producers all over the world. When the country gained its independence in the year 1975, cocoa production got banned. Though, it reopened in recent years. If you are crazy about chocolates, then you should visit the renowned chocolatier Claudio Corallo's laboratory in Sao Tome. Here you can buy cocoa nibs and intense 100% cocoa chocolate bars.

Now that you know where is Sao Tome and Principe, you should know the breathtakingly marvellous Obo National Park in it. This national park covers a vast distance of 230 square kilometres in the south of Sao Tome. It is home to virgin Atlantic rainforests and salt-washed mangroves. The crown of the park is a needle-like bluff of Pico Cao Grande. Safaris and treks are there to give you immense comfort. Sao Tome and Principe facts ensure that while you're on the ride, you get to see grey parrots, mona monkeys, and the rarest of rare bird species. If you are a nature lover, then don't hesitate to get your Sao Tome And Principe visa and travel to this beautiful country.

5. Water sports in the Islands

If watching whales in the movie excites you and makes you want to be a part of it, you need to know where are Sao Tome and Principe. To your surprise, Sao Tome and Principe's whales are friendly creatures that splash together in the blue waters of the islands. Some of the Sao Tome and Principe facts: Whales have their migrating season, but they are available between July and October. Dolphins are present throughout the year.

Once you know where is Sao Tome and Principe, finding the Praia Jale Eco-Lodge will not take long. This Eco-Lodge runs a marine turtle protective program. Hundreds of Green Hawksbill and Leatherback come to lay their eggs on the Principe's beaches between November and March. Nests are well-protected, and you can take visits to Praia Grande to view them. If you are lucky, you can catch female turtles laying eggs or the hatching of baby turtles. Passionate turtle conservative rangers protect each nest containing eggs from being eaten by wild dogs and land crabs.

10. Relax at the Hotel Bom Bom

In the tropical forest of Principe lies a hotel names Bom Bom Resort between two emerald green water and sand bleached golden by the sun and tiny shells. It consists of 19 bungalows surrounded by lush green tropical forests. There are four kinds of stay. Beach, garden, sea, and pool. This hotel is not that far away from the Sao Tome and Principe airport. Bom Bom Hotel helps you organize combined experiences when it comes to car rides, hiking, and boat trips. If you want, you can enjoy the beach and have a picnic lunch there.

Travelling to an unknown place has its shine and spark. But travelling to a place you have read about before will act as your virtual guide and knight in shining armour. So, let's quiz you now.  What is the capital of Sao Tome and Principe? *pausing for generous ten seconds* Don't hurt your brain cells. The answer is Sao Tome. Sao Tome and Principe religion teach us three things, persistence, commitment, and relaxation.  For one, they are back in the cocoa business. And, for two, there is nothing more healing and helpful than relaxation for the body.  So, whenever you come across Sao Tome and Principe flag, do try to visit the beautiful islands. If not for anything else but your soul's overall rejuvenation. Have a pleasant trip!

Apply for any visa in two clicks!
Topics
Countries
Do you want to get a Sao Tome and Principe visa easily?
Get your visa now 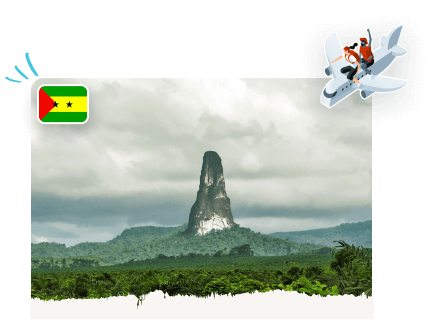