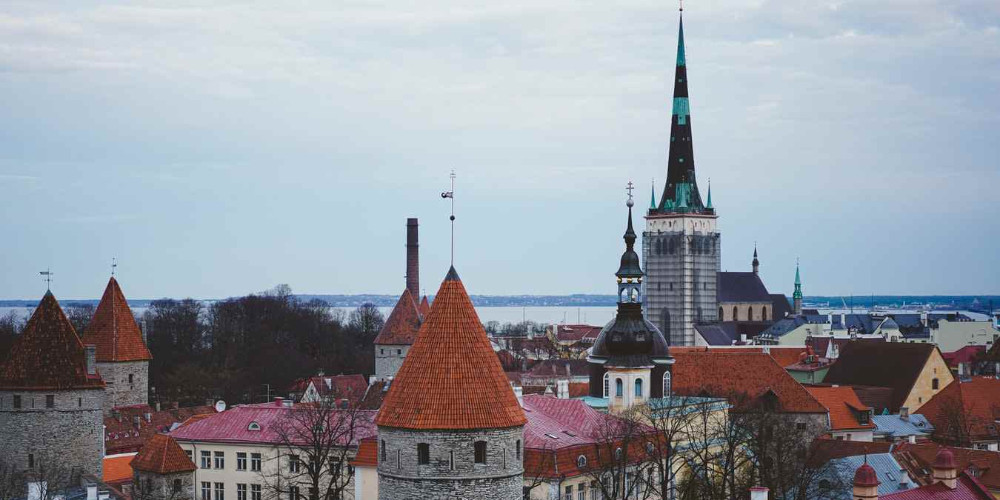 10 things I wish I knew before going to Estonia

1. You will ask where is Estonia?

2. You will ask how to travel to Estonia?

3. You will ask about the weather

4. You will ask, is it safe to travel to Estonia?

5. You will ask what language do they speak in Estonia?

6. You will ask what Estonia visa requirements are?

7. You will ask about the food

8. You will ask why people are so unfriendly?

9. You will ask if the Internet is easily found in Estonia?

10. You will ask what else is there to know?

This thumbnail size country, underrated and undiscovered (yet) MUST BE on your go-to list. Don’t ponder too much over concerns like - is it safe to travel to Estonia and where is Estonia? I have created a shortlist with insider tips and things to know before going there. Use it as your introductory Estonia travel guide and get prepared for the best journey off the beaten path! In each of these points, I will try to answer an important question to create a solid base of what, where, and why. You will find something useful either way - if this Northern gem has already caught your eye and you are planning a trip or getting just curious about those less likely destinations! Ready to take off? Let’s go!

1. You will ask where is Estonia?

Let's get the simple stuff off the chest right away. This country is located on the coast of the Baltic Sea right next to Finland, Russia, and Latvia. Its cosy capital is Tallinn, and the geographic location poses quite a few benefits to all the travellers. Namely, it is one of the Baltic states, and the land just happens to be quite small in size. It just means you can jump on a bus and be in another country in a matter of hours. Riga is about a 4-hour ride away, the ferry to Helsinki takes just 1.5 hours. Going to St.Petersburg is almost just as easy, and so is an overnight cruise to Stockholm (the same ease applies if you are thinking about how to travel to Estonia!). A perfect option if you want to be mindful and travel less by air!

Did I mention all of these trips are extremely affordable? Yes, they are! Just check Ecolines or Lux express, and you will be surprised at prices that sometimes fall as low as 5 EUR in one direction. Did I convince you? If not, let's just stick to a common understanding, that as unlikely as it sounds, the location is one of the best assets of Estonia.

2. You will ask how to travel to Estonia?

I touched this topic slightly in the previous paragraph already but will emphasize it here too. Estonia is well located and has direct flight connections to most European capitals, but you can also easily reach it by land from Russia, Finland or Latvia. The thing you should know - trains are not very common, and the Rail Baltica is still under construction. This train line will connect all Baltic states to the rest of Europe by railway, but it will not happen sooner than half a decade from now. This is why you will probably stick to busses if you prefer to travel across the borders over land, not air.

3. You will ask about the weather

And I will answer - four seasons! It ranges from +30 in summer to -30 in winter, check the weather forecast and pack accordingly for the season. Even though most will think that summer is the best time to go (I might even agree), there is a lot to do at other times too.

Winter is commonly considered the time for introspection among the locals, and what could be better than a warm cup of cocoa in front of a romantic fireplace? Not convinced about cocoa? Then how about some mulled wine? Just saying. Estonia might be a much cheaper option (than the Santa-Claus-y Finland) to experience your perfect winter wonderland! And in case it is still not enough, just jump across the pond to visit Finland after all.

4. You will ask, is it safe to travel to Estonia?

We in Latvia have a saying - as safe as in a bank! And I can honestly assure you there are just so many reasons for this statement. In the aftermath of the current situation, it is worth mentioning that Estonia is one of the countries with the lowest confirmed number of virus-affected people. Thanks to low population density and great efforts by the government, it is probably one of the safest destinations if you are unsure about travelling yet. But even besides the worrisome turn of events globally, Estonia is just so safe by nature. Natural disasters are not much of a topic there too! I am saying - as safe as in a bank.

5. You will ask what language do they speak in Estonia?

Easy! Estonian! And no, it is not the same as Russian as many think. Not even close. Surprisingly it is from the same Finno-Ugric branch as Finnish and Hungarian languages. Sounds crazy, doesn't it? In reality that sounds nothing like Hungarian, but when you are there keep in mind not to make comments about the similarities to the Russian. As a result of the years-long occupation, the locals are now very proud of their national identity, especially the language.

6. You will ask what Estonia visa requirements are?

It really is not that complicated. Estonia is a member of the European Union and Schengen agreement. When planning your travel to Estonia, just keep in mind, that the EU common visa policy applies and make sure you have the required documents. Basically, entering Estonia that is valid for Schengen countries should be enough, but always check the requirements applicable in your own unique case.

7. You will ask about the food

Ok, this is the topic I could write the most about, but I will try to restrain myself. I guess, the best way to describe their cuisine would be saying - it is a cuisine based in farming culture with influences from Scandinavia and Soviet times. With that said - lots of local veggies and meat (mostly, pork and chicken), some fish and lots of good beer.

The thing that amazes me the most about the food in this land is the beauty and natural roots of the produce. It is so easy to get clean, sustainably farmed things. And if you happen to be there in the season (summer or autumn), then you might even be blessed with free food! By that I mean, foraging is still a thing among Estonians, and you should definitely try it out when possible. The meditative process of picking mushrooms or forest strawberries and the following immense gratitude for the beautiful flavours mother nature has granted us. All that only possible because of the relatively untouched nature and forests of this tiny country. Give it a try!

8. You will ask why people are so unfriendly?

That is the thing - they are not! Many foreigners first visiting the country are confused at the grim faces and avoided eye contacts one would encounter on the streets (especially in wintertime). The truth is - they are just reserved as the majority of the Northerners might be. The best friends of an Estonian are restraint and introversion, but as soon you get rid of the label “stranger”, you will discover a different and heartfelt world of Estonian warmth. And the best part about this is - if there is a connection, it will be deep. After all - in minus 30 Celsius there is no use in wasting the warmth of your breath over superficial chit-chat, is it?

9. You will ask if the Internet is easily found in Estonia?

Boy oh boy, you will feel awkward about asking this question when you go there. Might feel unlikely, but Estonia is truly one of the countries with the most developed digital infrastructure. Besides widely available and free WiFi in public spaces, the country was named ‘the most advanced digital society in the world’ by Wired. Just to name a few reasons for this assumption - the country offers the first e-citizenship (it is pretty cool, check it out!), the well known Skype originates there, and almost half of the citizens voted online in the last EU Parliament elections. How cool is that? With that said - just go and knock your socks off, the internet is great there!

10. You will ask what else is there to know?

Oh, so much! But what I would love to share is the least likely image that you will associate with this Northern country. It is the fact that Estonia has a whopping number of 2355 islands and the most stunning beaches! Even though tanning will probably be reserved for the few months of summer, it is still worth having a stroll even in less beachy weather conditions. The beauty of these places is unparalleled, and the best thing is - the density of population is so low, that most of the coastline is practically untouched by civilization. Pristine!

I guess this is not the most flashy Estonia travel guide. After all, Estonia is not a flashy destination, but it will grow on you, I promise. The slowly enjoyed deep connections to people as well as nature will stay in your memories for long. With that said. Does it even matter what language do they speak in Estonia? As long as you speak the language of the human heart, you will do just great. When considering your next adventure, remember that travel to Estonia might be the thing you never knew you needed!