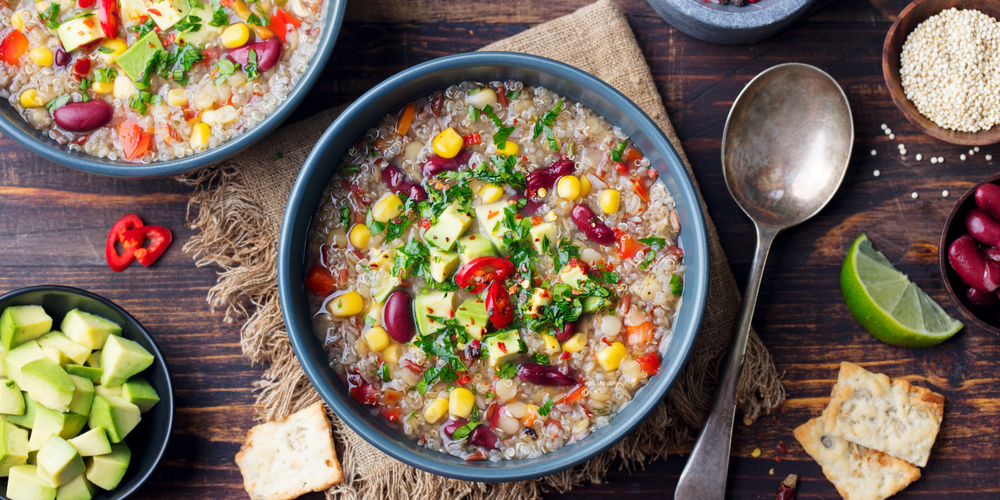 Finally, you have decided to travel to Colombia not only for its landscapes and people but also for its gastronomy. Tasting traditional Colombian food will be a unique experience for your palate.

You still don't know what the requirements to apply for the Colombia visa are? Do not worry; you will have all the help you need; you have to go to the "Services" section and add "Colombia" as the destination country. In the "Services" section, you will find the list of countries that need a Colombia visa to enter the country. Now, let's talk about what is the most popular food in Colombia.

What kind of food do they eat in Colombia?

If you have never been to this beautiful country, I am sure that you must be wondering what kind of food do they eat in Colombia, so let me tell you that Colombia does not have a national dish but here definitely you will find a lot of Colombian cuisine recipes at low prices and very tasty.

Nature has blessed Colombians with a fertile country: Fish, an astonishing variety of tropical fruits, coffee, chocolate, and dairy products in the mountains; Cheap and fresh vegetables and meats everywhere. The majority of cuisine gives primacy to slightly seasoned dishes, without spices, without ornaments or copious garnishes; in short, prepared most simply.

If you travel to Colombia, you will see that in el Colombiano Colombian cuisine, two clearly differentiated regional variants are distinguished: the mountainous areas, where the population lives, and the Caribbean and Pacific coasts. Both differ primarily in the availability of ingredients (for example, fish and bananas are more abundant).

Regardless of the region, you are in, breakfast in Colombia consists of eggs. A very popular Colombian modality is the pericos eggs (scrambled with tomato and onion), which on the coast accompany it with patacones (crushed green banana slices and fried in oil), and in the mountains with arepa (circular-shaped corn bread made grilled). These dishes are accompanied by a cup of tinto (black coffee) or milk chocolate.

At noon, the typical food in Colombia consists of a soup followed by the main dish (Rice, beans, the meat of your choice, a minimal salad- and a glass of juice).

It is common for patacones to replace rice and fish for chicken or beef on the coast. It is, therefore, a meal with a predominance of carbohydrates over proteins and fats.

Colombians prefer to dine at home, and that is why many restaurants only open at noon, but don't worry at dinner time, there are always restaurants for all tastes. Colombia offers many regional specialties beyond rice and beans.

What is the most popular food in Colombia? Next, you will find a list of the best Colombian food:

Yes, the arepa is a traditional Colombian food. Talking about arepa is talking about taste, variety and flavor. You can get Arepas anywhere in the country. However, they are prepared differently in each region. The arepa is a very versatile food, you can eat it at any time of the day, as a main dish or snack.

They are like round breeds or cakes prepared with corn flour, which will be white corn or yellow corn, depending on the region.

Among its varieties, you will get the salty, sweet arepas, cheese on top, an egg inside, or stuffed with the companion that provokes you. Among the most traditional fillings is white cheese.

It is a dish with such tradition and importance among the Colombian community. They carry out the Colombian Arepa Festival in five of their main cities: Bucaramanga, Cali, Bogotá, Barranquilla and Medellín, for the months between August and December in case you travel to Colombia.

Empanadas are also protagonists among the typical Colombian cuisine. The tradition is to prepare them fried with corn-based flour, preferably yellow.

Colombian Empanadas are dough usually filled with meat: pork, beef or chicken, or a mixture of pork and chicken or meat and cheese. In its original recipe, the filled is accompanied by cooked potatoes.

You can eat them at any time of the day for breakfast and starters in a restaurant or as a snack in a coffee shop.

Soups are almost a ritual food in Colombia, but the Ajiaco has a special place, it is one of the most desired soups, mainly in Bogotá and its surroundings at lunchtime.

This soup is prepared with three types of potatoes, golden cobs, shredded chicken, and its magical ingredients: the guascas (herbal spices) and the drizzle of milk cream on top of the whole preparation. And what cannot be missing, accompanying it with white rice and creamy avocado. There are those who, as a variant, add some capers.

It is a traditional Colombian food and one of the most famous typical dishes of the country. The first meeting will leave you breathless (and when you finish the dish you will have to undo the button on your pants for sure).

As mentioned before, rice and beans are an important part of Colombian cuisine and this dish also has them along with ground meat, chorizo (pork sausage), chicharrón (fried pork skin), arepa, egg, and avocado. It is not light at all but you have to try it at least once. In Antioch you will find it everywhere.

For many travelers, this dish is the best Colombian food; many are amazed by the size of the dish. It is a soup with creole potatoes, green plantains, yucca, corn on the cob, arracha (a tuber), chicken (although it can also be beef or fish), and it is accompanied by avocado and rice.

Don't go back home without trying at least one sancocho, one of the tastiest typical Colombian cuisine recipes.

As I mentioned at the beginning, Colombian cuisine is not complicated, and this dish is not the exception. It is a simple recipe that you will find in many local restaurants: the pargo (a type of fish) is fried and served with patacones and arroz con coco (rice cooked in coconut milk).

Okay, but what are patacones? Some food in Colombia includes bananas so patacones are bananas cut into fried slices after being crushed.

Tamales can be found in many countries in America, and Colombia is no exception. The tamale is corn dough filled with the most varied ingredients (chickpeas, eggs, chicken, meat, bacon, etc). It is prepared by wrapping it in a banana leaf and slowly boiling or grilling, and it is an energy pump that you will like very much.

The rondon is one of the el Colombiano Colombian cuisine considered an aphrodisiac that contains fish. In the past, it is said that this delicacy had to be cooked and consumed only by men, so its benefits would enhance their virility.

The dish looks like a soup made from a combination of fish fillet and snail, which is served with yucca and cooked plantain. All this is seasoned with coconut milk and pepper. An important part of the preparation is to soften each ingredient very well to easily mix. You can also find versions that include pork.

This delicacy of the gastronomy of the Caribbean region of Colombia has its origins in African lands but is currently a reference for those who visit San Andrés. So if you go on vacation to this Colombian island, you will find restaurants where you can try it.

What kind of food do they eat in Colombia? The fritanga is ideal for those who want to enjoy fried ingredients. It is an ideal dish to share if you go to a restaurant to try it in a group, as the portions are abundant.

The dish does not have a specific recipe, so you can add the ingredients you want. The most common ingredients are beef and chorizo (sausage), accompanied by potatoes and green plantains. There are also versions with chicken and pork. All this is fried and seasoned with chimichurri, a chopped parsley and green tomato sauce.

Currently, it is one of the simple Colombian dishes to prepare on weekends and perfect to share with family or friends. You can accompany it with a beer or the traditional panela water.

Among the exotic foods of Colombia, one of the options that you will discover is the Hormigas Culonas (big ass ants). A typical dish that at first glance may seem strange, but in the Colombian nation it is considered an authentic delicacy. In addition, it can function as an atypical appetizer to accompany various meals.

These large ants are prepared in various ways; they can be roasted or battered. They can even be used to make spicy sauces or condiments. Its texture is crunchy and will leave a particular flavor on your palate.

They are consumed especially after Easter and only occur north of the Santander department. This is due to the climate since these ants do not inhabit other regions of Colombia. Because they are rare, their cost is high, and you will only find them in gourmet restaurants in the country.

In addition, this exclusive ingredient of the strange foods of Colombia has a gastronomic origin that dates back to the pre-Hispanic era. The natives of the area considered these ants aphrodisiac.

Now, with your Colombia visa on hand, I think you are ready to go and enjoy the best Colombian food!

Apply for any visa in two clicks!
Topics
Food, Hotel, Restaurant
Do you want to get a Colombia visa easily?
Get your visa now 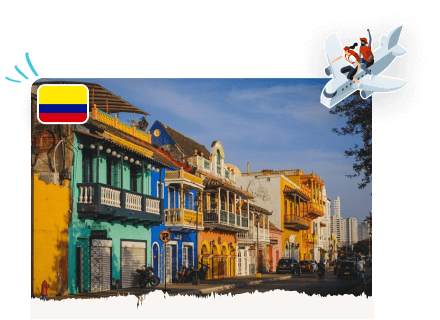