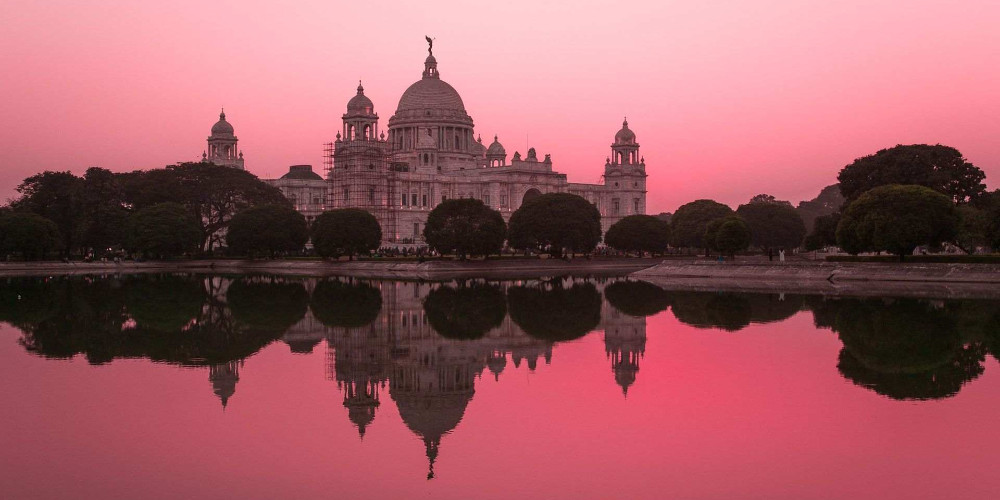 What are some interesting facts about India?

How is Diwali celebrated?

Taj Mahal, the symbol of love, the peak of romance

Far geographies have always been of interest to people. Nevertheless, if we think why is India interesting, it is not only its remote coordinates but also the richness, the unity of many cultures, the colourful traditions, religions and holidays. Let's get to know India!

What are some interesting facts about India?

India is the only country to compete with China in terms of its population. It is even anticipated that the Indian population will continue to grow. One of the things why is India interesting for tourists: the locals in India, with its diversified economy and human capital, still reflect their historical Indian traditions in the modern way of life. This, in turn, makes the country more mysterious and charming. Wealth, luxury, chic, expensive life on one side, dusty-foggy streets, poverty, and disease on the other. Nevertheless, India is among the countries conquering space. Although they wanted to land the Vikram module on the south surface of the moon for the first time on September 7, unfortunately, it failed to land successfully, and most memorable was the tears of the head of ISRO (Space Research Organization) Dr Sivan.

What is the main religion in India? India has a polytheistic religious view. This is also legalized by the constitution of the country. More than 80% of the country is Hindu. Buddhists, Muslims, Christians, and many local and small religions, their branches, religious rituals, religious myths, saints and numerous gods are found in the temples and idols in the country. The influence of religions plays a significant role in people's lives, and people follow religion at all stages of their lives. Even Indian dances are considered a form of worship. The dancing girl is accepted as a symbol of the dance of Shiva. It is well known that the temple dancers played the classical Indian dances for the gods and that each dance act has a meaning.

After the spiritual rise of the founder of Buddhism, Gautama Siddhartha began to spread his religion by naming himself the Buddha (in Sanskrit, "awakened man"). Before he was born, the monk said to his father that Gautama was the chosen one as he was born after an elephant with six tusks touched his mother. Gautama, being from a noble family, left the palace at the age of 29 in search of the truth. The religious view he created was against the caste regime of the prevailing Hindu religion at that time. Therefore, Buddhism, which was not able to be strong in India, is more prevalent today in Japan, Malaysia, and Sri Lanka.

In Buddhism, the philosophy of which has reached the world, the spiritual comfort of a person is reached through meditation. Close your eyes, take an asana posture and send positive energy to the universe. Karma is also taken as fundamentals in Buddhism. It is explained as a reason-conclusion, and the root is based on reincarnation. It is believed that all your needs, whether it is good or bad, will have the same effect on your next life (reincarnation). The wrongdoers are born as animals or plants in their next lives. This process continues until the perfection of the human spirit. The reward of the soul reached perfection is Nirvana.

One of the interesting facts about India is, India has a holiday for every day of the week. However, I want to write about two main Indian holidays - Holi Festival and Diwali (Deepavali). Let's start with Holi first. Anyway, it is celebrated earlier than Diwali at the beginning of the year, i.e. in the spring. More precisely, it is celebrated during the full moon at the end of February and the beginning of the month. Belonging to the religion of Hinduism, this holiday is celebrated all over India and lasts for two days. The festival atmosphere of the holiday attracts tourists. On the first day of the Holi Festival, everyone gathers around the fire in the evening. The reconciliation of the oppressed, the propagation of peace, is represented as the triumph of light on the darkness, good on the evil. This is the only festival in Hinduism where differences between castes are ignored, and unity and equality are created. On the second day of the festival, people throw coloured powders at each other.

The history of the festival is interesting. According to the mythology, Holika, who gives a fire-resistant sari to her brother, who wants to be burned by Hiranyakashipu, burns in the fire. Vishnu punishes Hiranyakashipu. This victory is celebrated as a holiday in honour of Holika, and it's definitely one of the most interesting Indian holidays.

Holi Festival also marks the arrival of spring. The fact that people throw coloured paint on one another symbolizes the awakening of nature, the awakening of the colours, and at the same time, people are shouting to each other, "Holi hai!"

As of the Diwali holiday, it is also called the Festival of Lights and is celebrated in the fall. The festival date changes every year because of the Hindu calendar. This year, the Diwali holiday will be held on October 25-29. It is usually celebrated in major cities such as Delhi and Mumbai, and on the eve of the holiday, there is a great density in these cities. Rooms in hotels are booked months in advance. If you are getting your India e visa and going to travel to India on these dates, please consider this.

How is Diwali celebrated?

The houses are cleaned before the holiday. Lamps and candles are lit everywhere. Thus, they believe that they drive out the darkness, evil at least during this holiday, which lasts five days. After all, this holiday is celebrated as the victory of the Light over the Darkness. There are rituals in the temples for the goddess Lakshmi and Ganesh. There are fireworks everywhere to expel evil spirits.

Interest in the holiday has increased in recent years. The fact that Obama was the first US president to celebrate the Diwali holiday at the White House was as enthusiastic as the festival. Today it is known as the most influential festival in Asia and is followed by the influx of Indians to India. And, of course, tourists.

When I said India, I couldn't pass over one of the interesting facts about India - weddings. Bright colours, religious customs and rituals, a wide assortment of dishes, and of course, emotional dances are indispensable for Indian weddings. In wealthy families, they are becoming more fashionable and splendid. Weddings with billions of dollars can go even beyond India.

At wedding parties around the world, the eyes are definitely on the bride (Yes, that is true:)). It seems that Indian brides are very aware of this and give more attention to their look at the wedding day. Unlike other countries, brides choose a bridal dress in red (usually), orange, and in some cases, purple colours. One reason for this is the white colour is the colour of mourning in India. Over the Lehenga (skirt), they wrap the sari. Together with the patterns and the decorations, the bridal dress sometimes weighs 10 kg. Much of the wedding ceremony comes with religious rituals. The bride is met by the groom’s mother at the wedding and gives her milk and honey after washing her legs. Marriage is held with the prayers of the monks. The bride and groom are tied to each other with a long piece of cloth, and they turn around the fire four times. The rice is scattered over the head as a symbol of abundance. The day before the Indian weddings, the bride and her relatives (briefly called the "girl's side") hold a henna ceremony called Mehndi. Special ornaments are drawn on the bride's hands and feet with henna. Traditionally, after the wedding, the bride does not do housework until the henna on the bride's hands and feet fade.

Taj Mahal, the symbol of love, the peak of romance

Love can do everything. It can overcome all obstacles, boundaries, and time slots and set the throne on the highest peaks, i.e., heart. Sometimes love is what makes the poor artist buy millions of roses; sometimes, it is what makes the rulers spend millions on constructing the magnificent monuments. Taj Mahal, a monument that brought the destroyed love, mourning into life in white colour. The Mughal ruler Shah Jahan erected the monument in honour of his beloved wife, Mumtaz Mahal (Arjumand Banu), who died. The monument, built-in 1632-1653, is included in the list of Seven Wonders of the World. History tells us that Shah Jahan dreamed that Mumtaz falls from a 14-step staircase. And the next day, Mahal Baku died when she gave birth to her fourteen children. Shah Jahan was very grievous with news, and never loved his last child, and remained true to his love for the rest of his life. He caused the construction of the Taj Mahal monument, which later became a saga, in the city of Agra to perpetuate the memory of Mumtaz Mahal. White marble was used in the construction of the Taj Mahal monument, and turquoise, agate, 42 emeralds, 142 rubies, 625 diamonds, and 50 large pearls were used in its decoration. The height of the Taj Mahal reaches 82 (74) meters, and it is reflected in the large pool in the backyard (imagine the size of the pool). Tombs of Mumtaz Mahal and Shah are in the central room of the monument. The peculiarity of this room is that the sounds are reflected 7 times.

History also records that Shah Jahan's son, Aurangzeb, overthrew and imprisoned him. From the small window of the dungeon, there was a view - the Taj Mahal. Maybe this is where the true separation began. After his death, the ruler was buried next to his love. When I look at such buildings, I always wonder if the buildings are as lucky or unlucky as people are. If so, the Taj Mahal is the first one. Don't forget to visit the Taj Mahal monument while you travel to India.