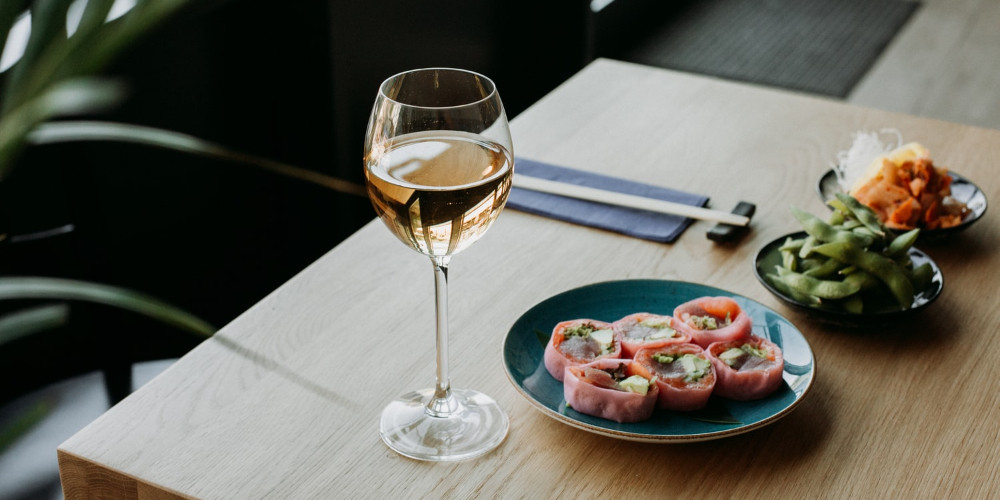 1. Dinner In The Sky

Brussels is a beautiful city that claims to be the capital of the European Union. In this city, the European Union's headquarters and the NATO office, and the Benelux secretariat are located. Brussels is also the capital of Belgium. All over the world, Belgium is associated with chocolate, waffles, French fries and beer. In general, Brussels is one of the capitals of gastronomic Europe. There are more than two thousand restaurants in the city, many restaurants are marked with one Michelin star, and four restaurants have two stars. The main delicacies you will offer in Belgium's restaurants will be grape snails and various seafood. And as for drinks, such beers as lambic will be offered, and of course, do not give up another variety of gez, the locals call it Brussels champagne. In general, the Belgian people prefer products grown in their region, and seasonality is also important in the cuisine. Therefore, the cuisine may vary depending on the region of Belgium.

1. Dinner In The Sky

In this unusual restaurant, the taste and serving is not the most important thing, and sometimes the guests of this restaurant do not even remember what they ate. The thing is that this restaurant is located on a platform that, with the help of a crane, rises to a height of forty-five meters above the city. Visitors look at the Brussels scenery right from under their feet. Another highlight of such a restaurant is the fact that both the platform and the crane itself move around the city. Respectively, the views from such an institution are constantly changing. Also, on this platform, chefs prepare dishes, which, in turn, do not rise ready, and guests, if they get bored with the views of Brussels, the capital of Belgium, can follow the work of the kitchen masters. Guests of this restaurant are secured with seat belts, as are the chefs. Only the waiters are not strapped in because of the need to move around the platform when changing Belgian dishes. The cost of dinner in such a stunning establishment is fixed and is two hundred and eighty-five euros per person. The restaurant's work schedule is very short, only on Saturday and Sunday from 20.00 to 23.00.

This restaurant is decorated with two Michelin stars and is one of the largest in Brussels. A special feature of this restaurant is that guests can see how the magic happens in the kitchen: and how culinary masterpieces are created from ordinary products. And what the creative process of the artist-cook looks like, you can watch forever. The chef pays attention to each guest in this restaurant, and also some dishes will be personally presented. A professional sommelier will help you choose the best wine from anywhere in the world. The restaurant specializes in Belgian cuisine. You will have to book the restaurant in advance, as the number of connoisseurs of fine food is huge. The restaurant takes care of vegetarians and people who prefer gluten-free products. The cost of some dishes reaches up to three hundred euros per dish.

This is another Michelin-starred restaurant. The restaurant was founded by Belgian chef Lionel Rigolet and his wife. It is located in the heart of Brussels, but away from the tourist routes, which makes your stay in it more peaceful. The interior of this unusual restaurant, in the heart of Brussels, is made in the traditional Belgian national style, in some places, there are simple stained glass windows on the ceiling. In general, the place is very cosy and warm. The modesty of the interior is designed not to distract from the originality and beauty of the dishes. A gastronomic holiday brings each of them. The restaurant serves Belgian, French, and European cuisine. You will have to book a table in the season a month before the visit.

As the name suggests, this restaurant specializes in seafood cuisine and offers traditional French and European cuisine. The interior of the restaurant is chic and immediately catches the eye of luxury in the design. Of course, this restaurant is also not deprived of Michelin stars. In addition to the cuisine, the restaurant will surprise you with its service. Several waiters serve each table at the same time. The dishes are prepared in such a way that they are all served at the same time. And you are mesmerized by this "dance" in which the waiters change dishes. For each dish, you will receive a small compliment from the chef. As a rule, a compliment is either Belgian desserts or snacks. The restaurant is also famous for its wine list. Prices in the restaurant start from 30 euros per dish.

This restaurant is located on the same street Rue des Bouchers, house 13. According to centuries-old recipes passed down through generations, the emphasis in this restaurant is on traditional Belgian cuisine. "Mussels in a saucepan" are considered a feature of this restaurant, which will not leave any seafood lover indifferent, and for those who have never tried seafood cuisine, you should start your acquaintance with this dish. Be sure to try the salted butter, which is used there to lubricate the buns. This simple snack will surprise even the most demanding gourmet. The size of the portion compensates for the price, it really serves large portions that you can eat. The interior and furnishings relax with their friendliness, and the service will surprise you with its warmth.

This is an example of a small family cafe with only eight tables. In general, there are many family-run establishments in Brussels, and Le Rabassier is one of them. The establishment resembles an elite club, which is not so easy to get into. The interior is modern but not annoying. Each guest is welcomed as an old friend, which is very encouraging. On the menu, you will find the freshest truffles. The dishes will surprise you not only with an amazing taste but also with an unprecedented design. It is the design that is given great attention in this institution. Each dessert in this unusual restaurant is a work of art, such as you would not expect from a modest family institution. Especially here you want to spend a dinner for two or lunch with your family. The popularity of the venue and its small size will force you to plan an event in a few days, in season, and possibly in a few weeks.

Le Bugatti restaurant continues our top unusual restaurants in Brussels, the unusual feature of this restaurant is that it houses a brewery, and it is both a pub and a restaurant at the same time. The interior is made in the Art Deco style. And the geometry of the room, which is unique in its irregularity, seems to move you to some alternative past. The walls are decorated with frescoes, and stained glass windows add a sense of the atmosphere of the past. Of course, here it is worth trying Belgian beer; it is it that is especially widely represented here. However, there is something to surprise you and the chef of this institution. This unusual restaurant is located away from popular routes.

This unusual restaurant, Le Wine Bar des Marolles, the wine list of which will pleasantly surprise your companion, as the interior of the institution favours the conduct of romantic dates. There are also rare, almost exclusive varieties of wines. The restaurant is mostly used by locals, which is considered a good sign. The dishes are presented with masterpieces of European, Belgian and French cuisine. Also, in this restaurant, there is a shop where you can buy tried-and-tested wine. The prices will surprise you with their democratic nature.

Advertising this restaurant makes a stunning smell of the freshest Belgian waffles, which no one can pass by. Here you will try both Belgian soft waffles and Liege crispy ones with a caramel crust. With the variety and amount of topping that you fill your waffle with, you choose yourself, thereby becoming the Belgian chef of the dish that will be served to you. In addition to waffles, you will also be offered pancakes. The choice of drinks is also on top.

A restaurant founded by a couple in love, who made it the best premium restaurant. Belgian cuisine is very well represented. The menu is always there according to the season in which you visited the institution. The restaurant follows the traditions of Belgian cuisine, carefully preserving them and bringing something new without breaking the basics. The wine list, which is presented in the institution, will also pleasantly surprise you.

This institution is considered the personification of Brussels. Delirium has recently been sold as a franchise, but it is the Belgian one that is the first and classic. It got into the Guinness Book of Records for the number of beers on the menu, and there are more than three thousand of them. The place has an atmosphere of fun and lightness, which allows you to quickly relax and feel at home. The cuisine is mainly represented by beer snacks, but each of them is a kind of masterpiece.

A place that shows Belgian style fast food. Here you can eat delicious and inexpensive, and the proof of this is the daily queue of local residents at the door of this institution. Fish soup and crab burgers will be prepared right in front of visitors, white wine will be offered as a drink, and herring of its own salting will be served as a snack. This fast food will appeal to even the most ardent of its opponents.

The uniqueness of this popular restaurant is clear from its name. It is in this institution that choosing a book can be a great snack. In this restaurant, bookshelves are adjacent to tables. In the restaurant, all rooms are themed and reflect the books that are presented in this room, from children's books to fiction. As well as the location of tables and shelves with books can surprise, some tables are bolted to the ceiling. The cuisine is uncomplicated and is represented by Belgian dishes.

Completing our top is another high-rise restaurant. To visit it, you will have to take the elevator to the 25th floor. The magnificent Instagrammable view that opens through the huge windows of the restaurant will win you over in the first minutes. There is not a single brick wall in the restaurant; all the walls are made of glass. This makes the atmosphere in the restaurant unforgettable. Especially beautiful will be a romantic dinner in this institution at sunset, when the whole institution is filled with reddish flashes of the setting sun. Traditional French cuisine will delight every gourmet, and the creative approach of the chef to the design will make you take a photo of the dish.

They all are great, yes? So don't waste time hesitating; apply for a Belgian visa right now and treat your stomach! 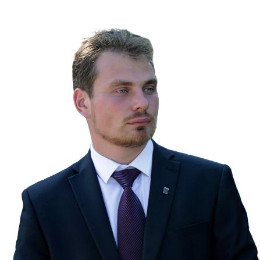 Ivan was born in 1988 in Kursk, Russia. His greatest dream is to be free and to travel the world. To realize his dream, Ivan became an author. An essential step in achieving his goal was to study journalism, which allowed him to his favourite job.