What are the best places to visit in Turkey? 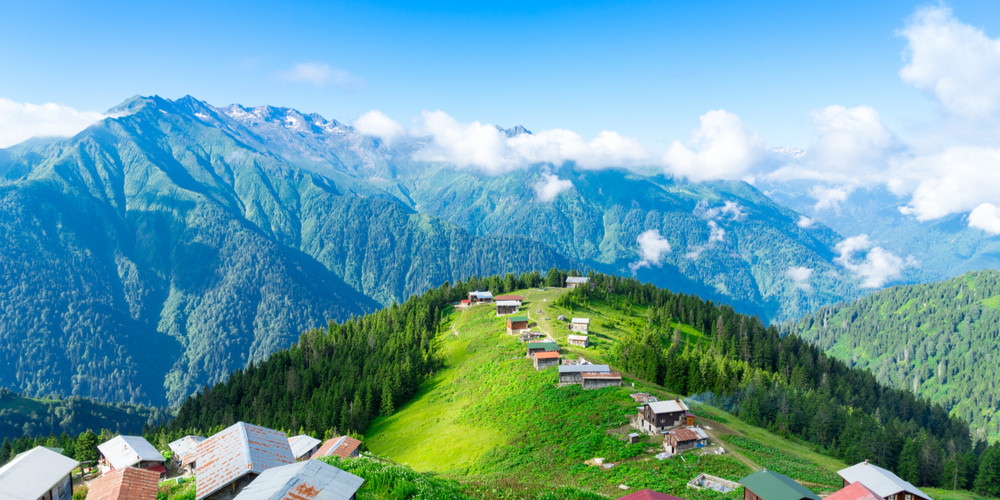 When we talk of Turkey, the Thanksgiving Turkey stuck on Joey's head comes to our mind. Credits to a popular and most-watched television series, Friends, but that's not all about Turkey. In this article, you embark on a journey to understand what places to visit in Turkey.

Turkey is a transcontinental country placed between two continents:

Back in the stone age, Turkey was one of the first places inhabited by Hattians, Anatolians, and Mycenaean Greeks. Enough with the history talk, let's find out more about the cool places in Turkey, actually, present-day Turkey. So, clean your camera, obtain your Turkey visa and get ready to travel to Turkey.

Best places to visit in Turkey

One of the most beautiful places in Turkey includes the Museum of Great Palace Mosaics in Istanbul. Here you will find mosaics of a lizard-eating Griffon, the goat-milking Man, a fighting elephant and lion, a mare breastfeeding its colt, a goose shepherding children, a child feeding his donkey, a young girl carrying a jug, bears eating apples, fighting tiger and hunter.

Around 150 human and animal figures with about 90 different themes get depicted in the mosaics.

Fairy chimneys are one of the must-see places in Turkey. Their history is more interesting than you can imagine. Millions and millions of years ago, ancient volcanic eruptions engulfed a region with thick ash. This thick ash later got solidified into a soft rock- tuff. Natural forces like wind and water erosion caused the formation of heavy elements that we call "fairy chimneys" today. They cover 130 feet into the sky. Today's it's a renowned portion of the UNESCO World Heritage Site. The checklist of places to visit in Turkey should include the fairy chimneys, no doubt.

You will get tired of searching for the best places to visit in Turkey because there are just too many to count. You discover innumerable beautiful beaches of Antalya, the fourth largest city in Turkey. The Konyaalti Beach of Antalya is a seafront playground beach. Various glamorous hotels, restaurants, cafes, snack bars, and shops surround the outlandish beach. If white sand is your favourite, then head to Belek's beaches. A magical amalgamation of pine forests, archaic-city golden sand await your presence in Phaselis.

A happening nightlife is what an adventurer's true delight is. So to relax your travelling soul, one of the safe places to visit in Turkey is Bodrum. Young and elderly seek sun, sea, nightlife, food, drinks, and entertainment in Bodrum. The Bar Street of Bodrum does not have any dress code. Here, you discover exotic cocktails, the latest music, a raki bar, huge pubs, clubs, and an authentic Turkish experience. The village of Gumbet offers night entertainment for average tourists at lower prices. If yachts excite you, you should have a go at Turkbuku. Turkbuku qualifies as one of the many beautiful places in Turkey.

Enormous thermal pools where thermal spa terraces exist in Pamukkale. Pamukkale or Cotton Castle lies near Denizli in Turkey. Pamukkale is an ancient holy city harbouring well-preserved ruins of Hierapolis. The thermal pools and travertines (limestone deposits formed from the mineral springs) overshadow Hierapolis. Most people bathe in calcium pools of the spa town of Turkey. Pamukkale makes one of the top places to visit in Turkey because even Romans bathed in the spa town or the ancient city of Hierapolis. Now you know why Pamukkale is one of the cool places in Turkey.

In 1044 BC, Marmaris Castle came into existence. Several emperors ruled over the castle for ages together. Through the watchtowers, you get to enjoy the panoramic views of the city. Bygones artistry in the mould of amphoras, coins, earthenware, ornaments, and glassware belonging to the Hellenistic, Roman, and Byzantium eras adorn the Marmaris Castle.

The artistry makes it one of the top places to see in Turkey.

The best time to visit the castle is around 2 PM UTC. One of the most beautiful places in Turkey is this Marmaris Castle.

Fethiye's most famous landmark includes the Fethiye Lycian Rock Tombs or the Tomb of Amyntas. The most important tomb of all is for the son of Hermagios- Amyntas, built-in 350 BC. It got placed higher than the other tombs. He was a local Lycian ruler or nobleman. The entrance looks like a temple portico- it has two ionic-style columns with a triangular pediment on top. The hike up the Fethiye rock tombs makes it one of the top places to visit in Turkey. From the top, you get to view the town and the surrounding coastline.

There are many places to visit in Turkey. But the one that you should visit is the Roman Ruins of Izmir. Talking of Selcuk- it has the best-preserved archaeological sites of Turkey, near about 3000 years old. Here you find the remains of an ancient Roman aqueduct and the ruins of a Byzantine Citadel. Next up is Ephesus- 10th century BCE- here you find the gigantic collection of Archeological Roman Ruins. The Celcius Library attracts intellectuals. A widespread crowd of historians, visitors, and archaeologists visit the ancient Roman Ruins of Izmir.

Ankara museums depict pure beauty, righteous archaeology, and the vastness of space. You must be wondering about what places to visit in Turkey, in particular, Ankara. So, here are the museums - Ataturk's Mausoleum, Anatolian Civilizations, Ethnography, The Citadel, Temple of Augustus, and Roman Baths.

Anatolian Civilizations won the "European Museum of the Year" award among 65 museums from 21 countries.

Ethnographical Museum possesses the bronze statue of Ataturk on the horse in front of the museum.

The Citadel represents the traditional architecture of the Romans.

The Temple of Augustus has testament and political achievements inscribed on its walls.

Roman Baths have three sections- cold, chill, and hot. Hot and warm rooms are broader than the cold room- because Ankara has a cold winter.

A 32-kilometer long waterway that connects the Black Sea at one end and the Sea of Maramara at the other end is a historic spot for tourists. Bosphorus means the passage of the cow and inner strait. It is the only passage from the Black Sea into the Mediterranean. Don't you wish to visit this waterway? It is undoubtedly one of the cool places in Turkey. In the present day, more than 48,000 ships pass through this waterway annually. Near about 55 million tonnes of oil get shipped through this waterway annually. Only vehicles with OGS or HGS passes are allowed onthe bridge. Bicycles or pedestrian traffic are not allowed. Talk of places to see in Turkey, and this waterway is a part of it.

A well-born product of UNESCO World Heritage Site since 1984 was one of the first two UNESCO locations in Turkey. Most travellers suggest the Open Air Museum of Goreme as one of the must-see places in Turkey. The entrance fee costs just 25 TL per individual. The best time to pay a visit is early morning or late afternoon. In here, you unearth Nunnery, St. Barbara Church, Elmali-Apple Church, Yilanli-Snake Church, Karalik Kilise-Dark Church, Carikli-Sandals Church, and Tokali-Buckle Church.

One of the best places to see in Turkey includes this Cleopatra beach. It got named after the last Hellenistic queen of ancient Egypt. She sunbathed in the golden sand and swam in the crystal blue waters of the beach. This beach cover 2 kilometers of sun, sand, and sea. The beach welcomes 3.5 million tourists annually. The sand of this beach is thicker than other beaches, and it does not stick to the body. The President of the Turkish Travel Agencies Union said Cleopatra beach was one of Turkey's top places to visit.

Are you still confused about what places to visit in Turkey? Read on our last bit.

We rest the article with a few more must-see places in Turkey- The Whitewashed Town Of Kas, The Lavishing Lagoons Of Oludeniz, and The Ancient Royal Tomb Of Mount Nemrut. The list does not stop here.

After having visited the mesmerizing abode of a transcontinental country, you realize that there are many safe places to visit in Turkey. What are you waiting for?

Apply for any visa in two clicks!
Topics
Countries
Do you want to get a Turkey visa easily?
Get your visa now 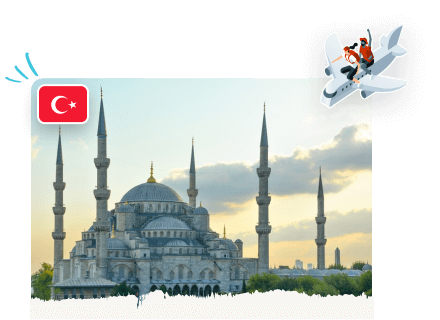