What are the best tourist attractions in Argentina? 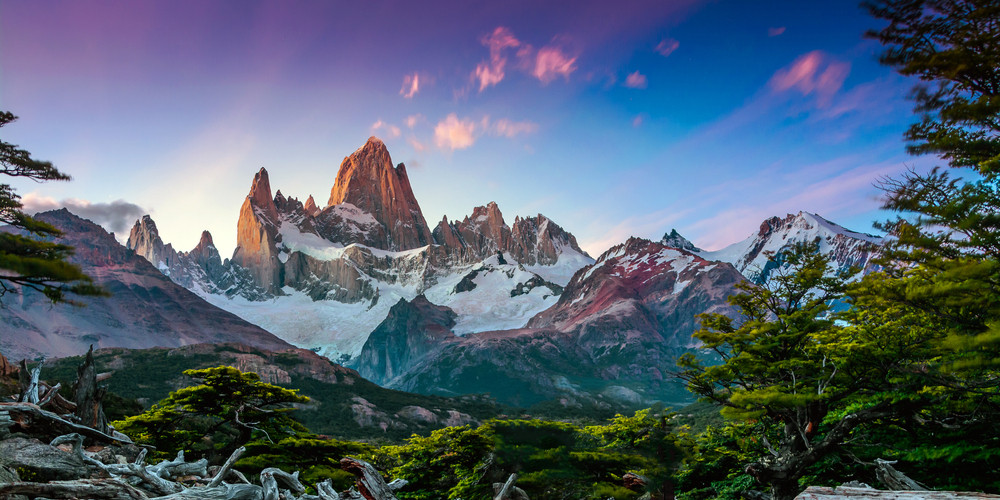 Any true football fan here? Diego Armando Maradona, well known as the Football God, played for Argentina in the FIFA World Cup. He left us for the humble abode above us all in November 2020. Who doesn’t know Lionel Messi? He, too, plays for Argentina. Argentina is not just the home of high-ranking footballers but also an attractive tourist destination.

However, before we go and hop into the best attractions of Argentina, let us enlighten you with the geography. But please don't forget to check Argentina visa requirements for your nationality.

If we compare Argentina to the United States of America, it covers only one-third of the States. The Argentine Republic is a four-part series, just like the Riverdale Series of Netflix?

Let’s find out what Argentina is best known for?

What are some famous landmarks in Argentina?

Among the top tourist attractions in Argentina, Puerto Madero’s Waterfront promises modernity along with a touch of history. Most TV serials present the city landscape. This one here is the answer to your question- what are tourist attractions in Argentina? You witness well-adorned parks, skyrocketing high-rises, and broad sidewalks. When you take a walk along the waterfront, you notice that 25 years ago, it was an urban wasteland. And, now it is home to developed industrialization. The waterfront has many hotels around- Hotel Madero Buenos Aires, Hilton Buenos Aires, Unique Art Madero, and CH Madero Urbano Suites.

The lengthy list of popular tourist attractions in Argentina is incomplete without the mention of La Recoleta Cemetery. In here, you discover 6,400 statues, coffins, crypts, and sarcophagi. Recoleta became the first public cemetery in 1822. When you walk down the walkways, you welcome eerie vibes. These vibes come from the marble mausoleums. Tombs that get most of the attraction and attention are - Eva Peron (famous Argentine Actress), Sarmiento (Argentine President), and Raul Alfonsin(Argentine President). The tomb of Liliana Crociati gathers all the attention, too. It got built by her parents. She died during her honeymoon. Interesting fact- her bedroom got reconstructed into her tomb.

One of the major tourist attractions in Argentina is the Planetarium - Galileo Galilei, built in the year 1962.

The shapes taken by the planetarium are equilateral triangle, rhombus, hexagon, and circle.

Back in the year 2011, reformation took place in the Room Planetarium. Reformation in the form of MEGASTAR II and shows with DigitalSky II. It also allows interaction between viewers during projection, thus making it one of the attractions of Argentina. The sound system got updated to digital 5.1. It consists of a museum possessing small lunar rocks brought by the Apollo 11 crew and the remains of the meteorite that fell in Chaco around 4000 years ago.

Do you want to know- what are the tourist attractions in Argentina? Well, Argentine architect Eduardo Catalano who built Floralis Generica- made sure that the tourist attractions of Argentina included it. Floralis Generica is a giant silver metal flower built in the year 2002. It blooms in a pool of water and lies next to the National Museum of Fine Arts.

Casa Rosada makes it to the list of major tourist attractions in Argentina for varied reasons. One of the reasons is its unique pink color for an emblematic building. History tells us that it got painted with the cow’s blood. Back in the day- cow’s blood was the only one resistant to Buenos Aires’ humidity. It is the executive mansion of the President of Argentina. With the help of a guide, you get to witness the mindblowing architecture, widespread patios, and regal atmosphere of Casa Rosada. Another fact to cherish- it is an amalgamation of many buildings built over the site. Now you know- what are the major Argentina tourist attractions.

You must be querying, what are some famous landmarks in Argentina? Well, Iguazu Falls certainly streamlines as one of them. Iguazu word comes from the two Guarani words- y (water) and uasu (big).

A Deity fell in love with a beautiful woman, Naipi. But Naipi ran away with her mortal lover, Taroba. In a fit of anger, the Diety sliced the river. The slicing resulted in the creation of waterfalls. Eventually, the runaway lovers died to an eternal fall. In 1541, a Spanish Conquistador named Alvar Nunez Cabeza de Vaca recorded the existence of the Iguazu waterfalls. It is the hugest waterfalls system in the whole world. It flows through Brazil, but a majority portion lies in Argentina. Iguazu River is the boundary between Argentina and Brazil. The story makes it call itself a residue of top tourist attractions in Argentina.

MALBA stands for Museo de Arte Latinoamericano de Buenos Aires. When you think of visiting Buenos Aires, MALBA should be one of your favorite attractions of Argentina. Placed in Palermo, MALBA calls for natural interaction with its visitors. On the inside, visitors find themselves carried from one period to another.
Artworks like social, political, and pop cultures conceptualism and minimalism.

The eras covered are the 1930s, 1940s, 1950s, 1960s, and 1970s. Art forms like paintings, sculptures, photography, prints, drawings, and installations are the highlights for the visitors. So, what are some famous landmarks in Argentina? Well, now you know it is this MALBA.

Practically one of the famous tourist attractions in Argentina is the Perito Moreno Glacier. The glacier got its name from the Argentian Explorer named Francisco Moreno. In the 19th century, he played a crucial role in the border dispute between Argentina and Chile. This glacier answers the question of what is Argentina best known for? Thanks to its birth date- it is nearly 18,000 years old! It covers an area of 100 square miles. The breadth is around 3 miles. The depth is 700 meters, and the height is 78 meters above lake Lago Argentino. It is the third-largest reserve of freshwater all over the world.

The count of top tourist attractions in Argentina is incomplete without any hint of the Bridge of the Women. The 335-foot long bridge gets divided into three parts- two are static, and one is mobile. The central portion- mobile - rotates at 90 degrees to let water traffic move. While the other two immovable ends let the pedestrians cross. This bridge signifies the new era in Argentina history. Sunset at this bridge will let you witness tango. The bridge stands in the shape of a couple dancing the tango. The white mast forms the man, and the curve of the bridge is the woman. This bridge rightfully answers the question - what are tourist attractions in Argentina.

Are you still confused about what Argentina is best known for? Read on our last bit.

The Argentina tourist attractions make you want to visit them again and again. For the history, architecture, and niceties they gladly possess. A few more attractions of Argentina include- Recoleta, La Boca, Tango in Buenos Aires, Tierra del Fuego National Park. Puerto Madryn and the Valdes Peninsula.

Apply for any visa in two clicks!
Topics
Countries
Do you want to get an Argentina visa easily?
Get your visa now 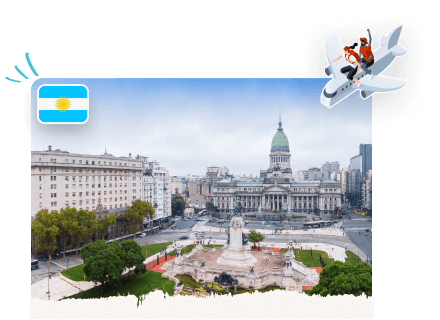