What to pack for a trip to Germany? 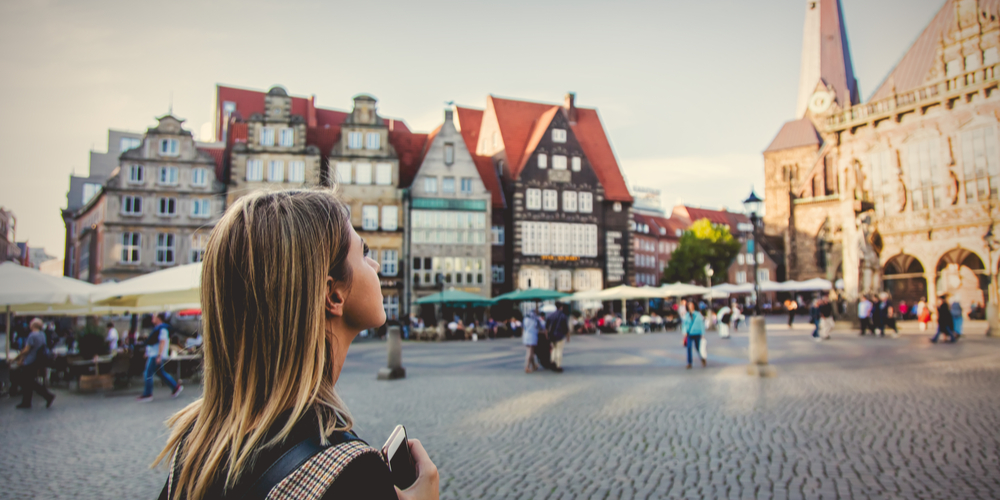 To travel to Germany you must learn about this country. For this, first of all, you need to look for an answer to the question "how to plan a trip to Germany". Before you go to Germany, it is beneficial to research a Germany visa. After you have general information about them, you can think about planning a trip to Germany.

The visa must be processed with due expectation at the Embassy before traveling to Germany. The Embassy works in coordination with the Immigration Office of the place of residence in Germany. In the case of getting a job, the Federal Employment Agency will step in. To issue a visa, it is necessary to obtain permission from the countries affiliated with Germany. Visas are processed and delivered in the country of residence. Depending on the visa type, the processing time is approximately one to twelve weeks.

The national visa gives the right to stay in Germany. However, it will be able to move freely in the territory of the countries that make up the bearer Schengen Area. Likewise, transit will be possible at the airports of the countries included in the Schengen Agreement.

Please note that a separate appointment must be arranged for each applicant. If it is determined that there is more than one shift registered in the name of the same person, it will be canceled without notice.

Applicants must be present at the German Embassy, as fingerprints are required in some countries. Children under 12 must come to the shift with both parents, even if their fingerprints are not present.

The passport must have at least 2 blank pages to place the visa tag. The conditions applicable to the claims specified in the Articles may not be certain as the solution of each claim is individual according to the legal regulations and the specific situation of each case, and in individual cases, additional documents may be requested even if all documents have been submitted. In this case, the Embassy will inform you. For this reason, you must write your full address, phone number, and e-mail address legibly in your application.

You must have a Schengen visa to travel to Germany. A short-stay visa is valid for a Schengen user only up to 90 days within 180 days.

The fee for Schengen visas has been 80 EUR, to be paid upon applying. Additionally, you may also need to pay other Administrative fees such as the Visa Application center fee, courier service fee, etc., depending on the country and location of your documents' submission. To obtain a visa to Germany, you must have the following documents:

You can get a Germany Tourist visa within an average of 15 working days. For this, the visa application must be made 6 months in advance.

For more information about tourist visas, you can visit our official website.

What do you need to know when going on a trip to Germany? How to get there on your own, how to get a visa, what documents are needed to travel by car. Take a long break in small towns, get acquainted with the local cuisine, enjoy beers brewed according to traditional recipes, leave the tourist attractions, explore the surroundings or choose your own.

A trip to Germany will surprise any traveler. How to see the country's main sights in a short time without missing not so popular, but no less interesting places? After all, a country with such a great past cannot be looked at, especially since the number of sites in Germany, which are on the UNESCO World Heritage List, arouses respect - there are 38 of them.

Germany is a green paradise for cyclists and hikers, with beautiful nature reserves such as the Black Forest and the Romantic Road. And there are areas around the Moselle and the Rhine, where you can visit beautiful villages and mountain areas. It is also the absolute hangout for Burgundians, with its delicious wines, sumptuous meat dishes, and fresh fish specialties.

Those who prefer cultural excursions can explore the capital city of Berlin or travel to the wartime past of Dresden and Munich. In short, Germany is an ideal option for a well-rounded vacation.

Germany consists of 16 federal states, and perhaps it is best to choose 5-6 cities from each region to visit to appreciate the diversity and beauty of the German state. In this blog, there are some places we can recommend to you.

Neuschwanstein Castle is a beautiful castle nestled among the mountains in the village of Hohenschwangau. Originally the medieval castle of Neuschwanstein was here, but since the 19th century, almost nothing has remained. Ludwig II of Bavaria, nicknamed 'Mad Ludwig', ordered its construction. Only the third and fourth floors of the castle are fully furnished and open to the public.

Ludwig lived here for only a hundred days, and the castle was not finished until after his death. Today, it attracts around 1.3 million visitors a year, making it one of Germany's most popular landmarks, not least because it resembles Disney's fairytale Sleeping Beauty castle.

In the east of Germany, close to the border with the Czech Republic, lies the beautiful nature park Sachsische Schweiz (Saxon Switzerland). It is undoubtedly one of the most beautiful and special areas in Germany. You can walk along with the special rock formations typical of this mountain range.

One of the most iconic images here, this one with Basteibrucke, I bet you're looking forward to leaving here. Since 1990 this area has become a national park.

The Frauenkirche (Church of Our Lady) is located in the Neumarkt in Dresden. It is an 18th-century Evangelical Lutheran church in the Baroque style designed by architect George Bahr. The church has an iconic function and is a symbol of German unity. The bombing of Dresden (13-14 February 1945) When it took place in World War II, the city of Dresden and the church were badly damaged. Even the Frauenkirche collapsed on February 15.

Immediately after the war, residents decided to collect the remains of the church and number the stones so that they could be reused during rebuilding. However, the DDR wanted to clear the ruins to make room for a parking lot, but residents refused to allow it, and the remains remained.

During the Cold War, the ruins symbolized the horrors of war. After the reunification of the country, the rebuilding of the church began in 1994, partially using the original stones. The church was reopened in 2005. Donations from over 600,000 donors paid for the restructuring. Every year on February 13, the devastating bombing of the Frauenkirche is commemorated.

The Brandenburg Gate is the main gate of Berlin, built in the 18th-century neoclassical style. The gate was part of the fortifications around Berlin. Carl Gottard, II. He designed the monumental gate at the request of Kaiser Wilhelm and found his inspiration in the Propylaea, which formed the gateway to the Acropolis in Athens. You can see some stories from Greek mythology depicted on the reliefs. It is also Berlin's only preserved city gate.

In the past, anyone who wanted to get through the gate had to pay a toll. Since the fall of the Berlin Wall, the Brandenburg Gate has been a symbol of a united Germany. After the Cold War, Pariser Platz, where the gate is located, was completely rebuilt and regained much of its 19th-century splendor. You can find the building on Unter den Linden, one of the most beautiful boulevards in the city.

Schwarzwald or the Black Forest is the largest German nature park with an area of 3600 square kilometers and is named after the mixed forests with dark pines that can be found there. The forest includes several districts, including Karlsruhe, Freudenstadt, and Rottweil.

What awaits you in the Black Forest?

Rüdesheim is centrally located in Germany. This city is best known for its successful viticulture and wine trade. It has become a major tourist attraction and is therefore visited by all Rhine cruise ships. The most famous street here is Drosselgasse, an uphill street full of beautiful terraces, Weinschenke, and unique shops.

You can make these cities round trip to Germany. You can add important moments to your life by visiting these cities.

Before you go to Germany, you should know what season you will be traveling in and what you need to take with you.

If you are going to Germany in the summer, it is useful to have extra T-Shirts in your bag at this time. However, even in summer, when the weather is compared with other countries, there is cool weather in Germany. One of the best months to go to Germany in June. For this, you should research what to pack for a trip to Germany in June, before coming here.

It is also a very good idea to go to Germany when the weather is getting cooler. For example, you can plan a trip here in October. Do not forget to bring an umbrella with you as the weather is rainier here during this period. At the same time, we recommend that you wear warmer clothes, considering that the weather will be cold. You should research to be able to travel during these months. For example, it would be useful to look for an answer to the question "what to pack for a trip to Germany in October".

Topics
Apply for any visa in two clicks!
Countries
Do you want to get a Germany visa easily?
Get your visa now 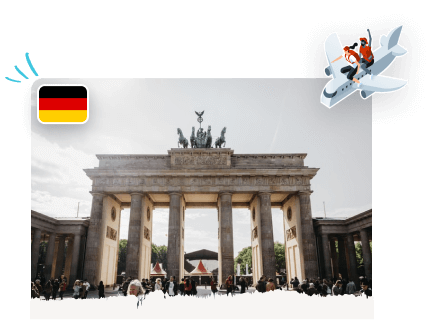