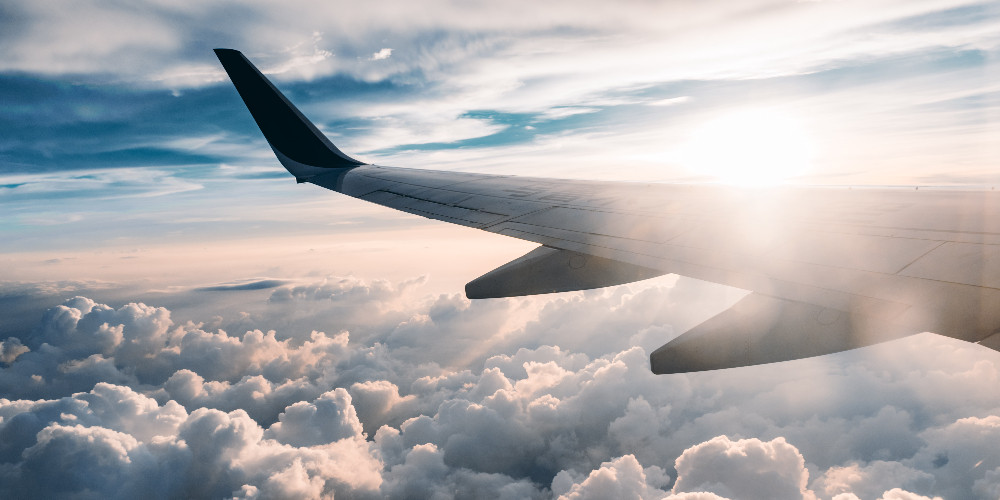 Travelling in Europe is not complicated, as the distances are relatively close between some countries. We also have numerous flight companies that facilitate the connection. However, this does not cancel the constant search of every traveller in search of the best deals. So what are the best low-cost airlines in Europe? Which are the best budget airlines Europe? So let's find out who determines and chooses whether an airline is among the best or not? It is done by the prestigious Skytrax audit, dedicated to analyzing and comparing the quality of the world's airports and airlines. These World Airline Awards are something like the "Oscars" of the aviation industry. Every year it publishes the different awards exclusively on its website; best airlines in the world, best alliances, best airlines by region, best low-cost airlines, best airlines in first class, business, and economics. The Skytrax Awards began in 1999 when they launched the first customer satisfaction survey. These surveys are carried out with some 20 million passengers of 100 different nationalities and over several months. Such aspects as the service provided by the airline and the staff, on-board meals, comfort of the waiting room, efficiency and punctuality of boarding are evaluated.

The truth is that this last aspect is one of the most critical reasons ines tend to lose prestige. Since the troubles caused by the delay or cancellation of the flight cause the greatest discomfort to passengers, some companies protect the passenger's rights and are responsible for helping them receive compensation in case of delay, cancellation, or rebooking of the flight. As isthe case with Flightright, Europe's leading airline in airline claims. In this way, users can check for free, easily, and quickly through the web if they have the possibility of modernization, whose figures range from € 250 to € 600, even for low-cost flights. Also, did you know that you can claim flights from the last 5 years and that if they don't get compensation, you pay absolutely nothing? Surely the companies that have earned their place in the ranking of the best low-cost airlines in Europe do not have many delayed or cancelled flights.

What are the best budget airlines?

This airline based in Oslo-Gardermoen Airport (Norway) began its journey in 1993, and since then, it has been doing its duties well. So much so that it has been the best low-cost airline in Europe for five consecutive years. As if that were not enough, it has also been chosen as the best long-haul low-cost airline in the world. It receives very good reviews, among other things, for having more space between the seats, having free Wi-Fi connection on some of its flights, for its good punctuality rate, and a renewed and modern fleet of aircraft. It currently operates throughout Europe, North Africa, and the Middle East. It has regular routes from Malaga, Alicante, Barcelona, Madrid, and Gran Canaria.

It is one of the best budget airlines. Founded in 1995 and based in London Luton, EasyJet operates 830 routes throughout Europe and has numerous flights to North Africa. It is one of the most popular and well-known on the continent for being present in all European countries, and it is not the first time that it has slipped into this classification. In Spain specifically, it has flights to Alicante, Almería, Asturias, Barcelona, Bilbao. Moreover, it has flights to other cities in Europe.

Also founded in 1993, Eurowings is a Lufthansa-based low-cost airline based in Dusseldorf, Germany. It has regular flights to Europe, Africa, America, and Asia. Eurowings, Eurowings Europe, Germanwings, and SunExpress Deutschland all belong to the same company and operate under Eurowings.

Is there anyone who has never travelled with Ryanair? Based in Dublin, Ireland, the low-cost airline that makes the most trips in Europe, constantly competing with other low-cost companies in the number of routes and the prices offered. It is undoubtedly one of the best options for cheap travel in Europe. However, all that glitters is not gold. Ryanair is also popularly known for its many controversies. It has been criticized and denounced on numerous occasions for carrying out practices contrary to the law to the detriment of passengers. However, that has not prevented it from transporting several million passengers every year and being one of the best low-cost airlines.

This low-cost airline with striking silver aircraft was founded in 2002 and is based in Leeds, England. Among all its destinations, it has 15 Spaniards; Alicante, Almeria, Barcelona, Gerona, Gran Canaria, Fuerteventura, Ibiza, Lanzarote, Lleida, Menorca, Malaga, Murcia, Palma de Mallorca, Reus and Tenerife. Also, it has many flights to Czech Republic, Cyprus, Denmark and even Egypt. On the official website, you can check all list of countries.

Although Vueling Airlines belongs to the holding company controlled by Iberia and British Airways, it is a Spanish airline based in Prat de Llobregat, Barcelona. Vueling is the largest airline within Spanish territory in the number of destinations and by fleet size. In terms of the number of passengers, it is surpassed only by Ryanair. It is also one of the leading low-cost airlines in Europe. It currently flies to more than 130 destinations, the vast majority European, including some countries of Africa.

It is not the first time this low-cost Icelandic airline has been listed in the SkyTrax World Airline Awards. Recently founded (2011) and based in Reykjavik, Wow Air has flights to only 23 destinations, but it has become one of the best options for cheap travel to Iceland. Although most of its flights are European, it also has flights to the United States.

It is not the first time that airBaltic has been among the 10 best low-cost airlines in Europe. Although in Spain it only flies from Barcelona, Madrid, and Malaga, this airline has control of most routes to the Baltic countries. Its headquarters are in Riga, Latvia. In addition, airBaltic has a codeshare agreement with Uzbekistan Airways for the non-stop transatlantic flight Riga-New York.

While looking for an answer to the question of which budget airlines are best, we can talk about this company. Wizz Air is a low-cost airline based in Budapest, Hungary. Therefore, it is one of the best options to fly cheaply to Budapest. It currently offers flights to 340 destinations, the vast majority of which are European. Only in Spain, it reaches 11 cities; Alicante, Barcelona, Fuerteventura, Gerona, Ibiza, Madrid, Malaga, Palma de Mallorca, Santander, Valencia and Zaragoza. Although until mid-2017, it had some of the strictest free carry-on baggage measures on the market, at present, its franchise is similar to that of other low-cost airlines.

Pobeda is a Russian low-cost airline based in Moscow. Its foundation is recent (2014), and it is one of Aeroflot's subsidiaries. Although it has two flights to Spanish territory (Reus and Girona) and some other European cities, most flights are internal within Russia.

Remember that we are referring to the best low-cost airlines in Europe. Therefore, typical aspects of low-cost companies should be considered, such as the smallest space in the cabin, non-inclusion of free food on flights, high charges for overweight, a charge for choosing a seat or even, in some cases, the smallest measurements of hand luggage.

In this sense, we recommend that you know in depth what passengers' rights are since these previous points could not be claimed. Those considered special circumstances, such as airport staff strikes, adverse weather conditions, unavoidable security risks.

If you want to avoid the small disadvantages of low-cost airlines, you will be interested to know that the best airlines in the world are Singapore Airlines, Qatar Airways, ANA All Nippon Airways, Emirates, EVA Air. Full list you can check on the official website of the award list.

Tickets must be purchased online and cost $ 15 for each piece of checked baggage. Unlike Ryanair, most of the above airlines fly to the same airports as regular airlines and use terminals with the same amenities. An exception is that JetBlue lands in the Los Angeles area in Long Beach and not at the main airport of Los Angeles.

The most important advantage is, of course, the cheap tickets as the name suggests (Low Cost) cheaper than other airlines. A return ticket to Frankfurt - London can quickly be booked 100 € cheaper. With a family of five, this translates into a saving of € 500.

Low-cost airlines often use small airports. In general, parking fees at small airports are cheaper than at large airports. Therefore, you not only pay less for your flight ticket, but you also save on parking costs.

Not all airports used by low-cost airlines are close to the city. Therefore, you often have to use a transfer here. One advantage of driving from the airport to the city is that you already get a good impression of your surroundings and see some sights shortly after arrival.

Low-cost airlines offer less service than conventional airlines. Drinks or meals are not included in the ticket. The seats are usually a little less comfortable, and you have less legroom. Nevertheless, you get the possibility to buy all these products at extra costs.

The cheap airlines often use small airports that are outside the city. This way saves you money, but it is more inconvenient for travellers because you have to travel longer to your destination. So when you book a flight ticket, make sure you know exactly where the airport is.

The chance of getting a cheap ticket is high with the low-cost airlines. Unfortunately, this is usually not the final price that you have to pay in the end. Usually, there are also taxes, payment fees, costs for suitcases, or seat reservations. This also occurs with other airlines, but less frequently. Find out which services are included before booking. The current requirements for suitcases, seats, and check-in options can be found on the websites of the respective airlines.

You can also check the visa requirements of some countries on our website: Pickvisa.com