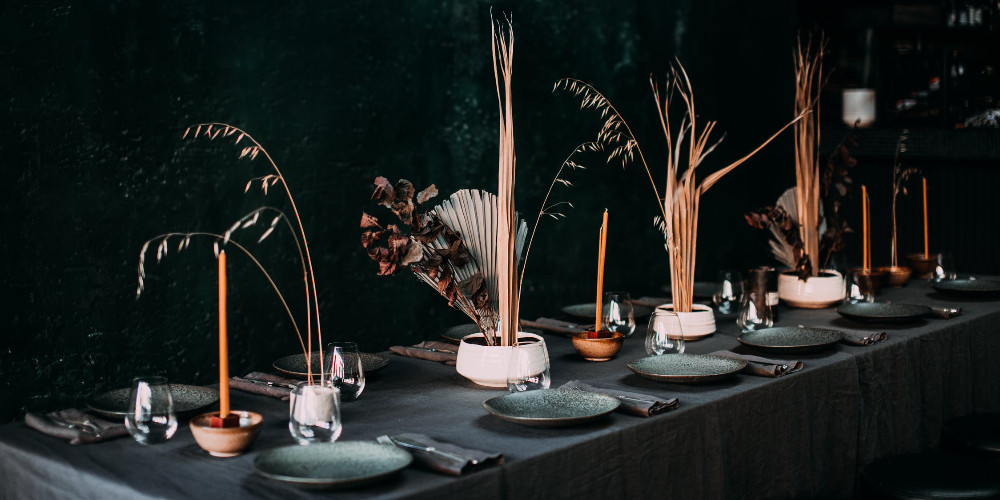 10 most expensive restaurants in the world

Located in Ibiza, SubliMotion is holding first place in the most expensive restaurants in Europe and in the world. Even if you look at the figures for a few years, you can see that the restaurant has been on the top list for years. You have to pay around $1,700 to eat here. This figure is almost three times more expensive than the restaurant coming after it in the list of restaurants with high prices.

Since there are only 12 tables here, you must reserve one before arriving. One of the interesting facts is that the menu changes every season, and if you come back a year later, you will be able to taste different and fresh dishes from different cuisines.

The restaurant has twenty-five employees, including cooks, illusionists, DJs, waiters, and craftsmen. They make great efforts to give you an unforgettable experience that combines laser light shows, floating desserts, mixed drinks and adventures in virtual reality. It will not just be a lunch or dinner, but also a show you will never forget. All of these together cost at least $1,850. Exceptional costs of this restaurant let it be one of the high priced restaurants in the world.

Also, considering that Ibiza is one of the most famous Spanish islands known for its nightclubs, parties, and beaches, we can genuinely say that the restaurant has a very high annual number of visitors. So, if you go to Ibiza one day and want to give yourself an unforgettable moment as a gift and say, "I've been to the most expensive restaurant in the world," you should definitely visit this restaurant!

MASA Restaurant, located in New York, the US, is one of the most expensive restaurants in the world by maintaining a second place on the list of top 10 most expensive restaurants in the world. This restaurant was created by Masa Takayama, who was born in Japan. It is mainly distinguished by its simplicity and individual attention to each ingredient. Masa Takayama says that he avoids mixing different flavours in a risky way. Exotic seafood is one of the highlights of the menu, well-presented, and priced at $595. The costs of meals here make it one of the restaurants with high prices. One of the exciting things is that there are no menus on the table; this is called the Omakase experience. Chefs cook only those ingredients available for that day.

Ultraviolet in China is considered one of the most expensive and elite restaurants in the world. What distinguishes it is that there is a table where only 10 people can sit. Prices range between $500 and $900, but as of August this year, it is averagely $570. Customers who come here can taste a variety of dishes from 10 to 20, and each meal is specially prepared to highlight the various ingredients. This is not all. While eating, they are surrounded by multiple audio and video installations, thus making them feel in different places. One of the interesting facts is that three employees are serving each guest. This also explains why being a guest here will cost you $570. Ultraviolet is considered one of the high priced restaurants in the world.

Our list of most expensive restaurants in the world goes further with another Japanese restaurant. Actually located in the basement of an office building, this restaurant was in the top ten with the most expensive steaks in the world. But it's worth noting that it's not just the most expensive steaks but also the most delicious and flavorful steaks. These steaks, cooked with special beef bred in Japan's Kobe region, require special care. They should be massaged before cooking and then waiting in a unique Japanese alcoholic beverage called Sake. Careful and unusual preparation of steaks allows it to be one of the restaurants with high prices. The fact that Asian restaurants are in the last three places on the list is a testament that the region is the master and fashionable in this area.

The French Laundry has managed to put its name on this list as the most expensive restaurant on the West Coast. This place, where Thomas Keller's world-class cuisine is introduced, presents French cuisine as it is known by its name. The name Laundry is due to its location in the old steam laundry. Located in Napa Valley, the restaurant is a two-story stone cottage. Each season, the menu changes, and various French dishes are served according to that season. But every day there are two menus, each containing nine meals. Being one of the guests here will cost you between $325 and $450. The unusual high costs of The French Laundry makes it one of the restaurants which have high priced items.

The restaurant, named in honour of the famous French chef Joel Robuchon, who died in 2018, is an ideal place for those who love French cuisine and gourmet. With a menu ranging from $190 to $445, this restaurant is one of the tourist favourites due to its luxury. Joel Robuchon holds 9th place in the expensive restaurants in the world list.

Please note that the last five restaurants on the list are only French restaurants, whether they are located in France or the United States. Finally, another French restaurant that is the last on our high priced restaurants list and selected for its perfect design is Plaza Athenee. This restaurant, with its striking logo, expresses its philosophy in this way. The fish and radish described in the logo represent the simplicity and nature of the cooking of these dishes generally. It is interesting, isn't it? Also, if you come here for lunch or dinner, know that the ingredients are collected in the morning. The lunch menu is $236, and the top menu is the Jardin Menu, which is $443, and the wines are not included in the price.

If you want to see the most exciting places, taste the finest and delicious cuisines of different cultures of the world, and also enjoy an exceptional service you have never seen, you must be a guest of these most expensive restaurants in the world!

5 oldest restaurants in the world Top 10 nations, who have introduced their cuisine to the world 5 dishes that you should refrain from eating