10 most unusual flags in the world and their secrets 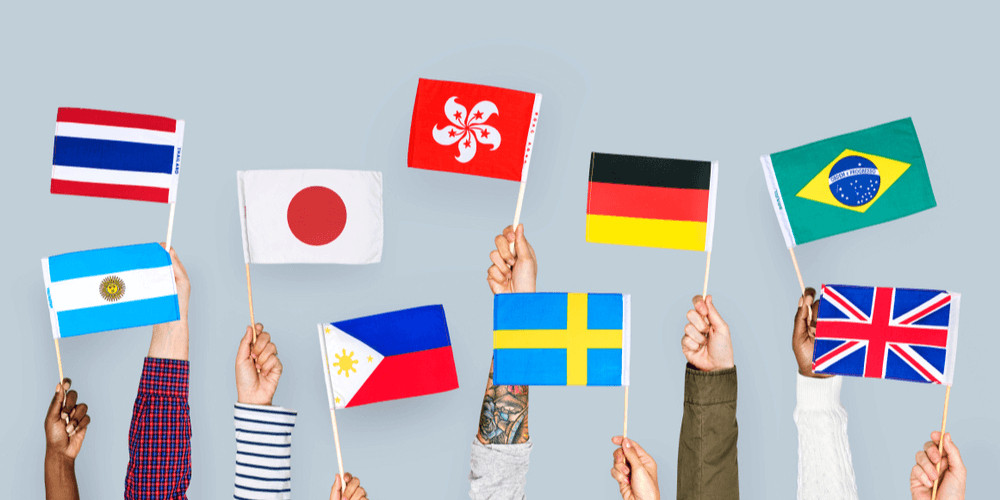 Each country is represented by its symbols. The most important of these symbols is the state flag. The state flag is the main symbol representing the country in various competitions, official meetings, political congresses, and all other events. Each of us knows the colours and symbols of our countries' flag, and we understand how it represents our country beautifully and in detail, in different colours and symbols. Unlike many of the flags we are familiar with, some state flags have various secrets with their symbols and are considered the most strange and most interesting flags in the world. Some state flags represent the islands, existed before but are now forgotten on the pages of history. Let's take a closer look at the most unusual state flags that are not familiar to us and interesting at the same time.

The Mozambique flag, approved in 1983, is the only flag in the world that represents the new attacking force. If you have always been wondering why does Mozambique have an AK-47 on their flag? The AK-47, which is embedded in the Mozambique flag, symbolizes the country's ongoing struggle for independence and its defensive power. Although there was an offer to remove the AK-47 from the flag, the design remained unchanged, and all proposals for changing the flag were rejected by parliament. The hoe perpendicular to the arm represents agriculture in the country. Both the arms and the hoe are depicted on an open white book. It also highlights the country's importance to education. The star in the Mozambique flag represents internationalism and Marxism. There are five colours used in the flag: green, black, yellow, white, and red, and each one has a special meaning. Green represents the land richness of the country, black - African continent, yellow - the country's minerals, red - the country's independence struggle, white - peace.

Looking at one of the most interesting flags in the world, the Bhutanese flag, we see two primary colours: yellow and orange. Each of them has a meaning. Yellow represents the king's power, and orange represents Buddhism. You can see a white dragon in the centre of the Bhutanese flag in the centre of two colours, which symbolizes equality and the value given to each of the two factors. This white dragon Druk is also known as the Thunder Dragon. The reason why it is white, in particular, is that it reflects the purity and cleanness of human actions and thoughts. The four pieces of jewellery in the hands of the dragon provide the wealth and security of the country. There were many options; the last was approved in 1969 and has never been altered.

Continuing with another one in the list of most unusual state flags, the Lebanese flag, approved in 1943, consists of white and red stripes. It represents the Bekaa Valley between Mount Lebanon and the Anti-Lebanon Mountains. Lebanon is often referred to as a country of cedar. Therefore, there is green cedar in the centre of the flag, in the white stripe, symbolizing the holiness and peace of the Lebanese cedar, referred to in many Bible passages. According to some legends, the Lebanese flag is believed to have inspiration from the Austrian flag. According to some sources, the red stripe represents the bloodshed by the Lebanese people as they struggle to protect their country.

The flag of Guam, one of the territories of the United States, was approved in 1948. Previous flags have been the Spanish flag for a while and the Japanese flag during the Japanese Empire. The flag is generally dark blue, which represents the ocean. Later, a detail added in 1960 is a thin red stripe surrounding it. This red stripe represents the bloodshed during World War II and Spanish sovereignty. There is a coat of arms in the form of almonds in the centre of the flag. It is similar to the tools used by ancient people living here. Inside the coat of arms is a sailboat floating in the Gulf of Agana, near Hagatna. Moreover, there is a word GUAM written in the centre in red. The mountain-shaped section at the rear depicts the Puntan Dos Amantes cliff on Guam.

The Grenada flag was formally adopted after independence from the United Kingdom in 1974. When you look at this flag, you can only see three colours: red, yellow, and green. The six stars in the upper and lower parts here represent the six churches in the country, and the star in the centre of the red circle is Carriacou and Petite Martinique. The nutmeg on the left is one of the main symbols of Grenada culture and is the best-selling product here. It is also a factor that reminds of Grenada's previous name, "Island of Spice." The red colour of the Grenada flag means courage and vitality, and the golden colour is wisdom and warmth, green means vegetation and farming.

When you look into one of the most unique flags - the Kiribati flag, you may feel like looking at a landscape. The waves pictured in the red background, the sun visible on the horizon, and the image of a bird flying above really differ this flag from the other national flags. In Kiribati flag, officially approved in 1979, the waves represent the Pacific Ocean covering Kiribati. The three stripes on the waves represent the three island groups (Gilbert, Phoenix, and the Line Islands). The Frigate bird flying over the ocean was taken from their coat of arms and represent the power, freedom at sea, and examples of Kiribati cultural dance. The Sun shows the position of Kiribati on the equator. The seventeen rays of the sun represent 16 Gilbert Islands and Banaba (formerly Ocean Island).

This flag is the only Scandinavian flag with no Scandinavian cross. Flag of Greenland was designed by Thue Christiansen, a local Inuit teacher and politician. The colours here were chosen based on the colours of the Danish flag, as Greenland is an autonomous country within the Kingdom of Denmark.

Flag of Greenland consists of white and red stripes. Near the centre, there is a circle, where the upper part on the white stripe is red, and the below section on the red part is white. What does the white and red circle remind you of? The Japanese flag, right!

What does the flag of Greenland represent? The meaning of this fascinating design of the flag means the sunset in the ocean, full of icebergs. I would say that the flag entirely depicted the country successfully in several symbols.

Interesting fact: Before this one of the most interesting flags was decided, there were several other options where green colour was also used.

The only flag in the world that does not have a rectangular shape is the flag of Nepal. We can say that the flag is different from all other world flags. Regardless of what is described there, it already attracts attention with its shape.

Why Nepal flag is not rectangular? The flag consists of two triangular parts. In its unusual form, it symbolizes the highest peaks of Everest. The red colour that resembles the raspberry colour here represents the rhododendron flower that is their national flower. Red also means victory. The blue colour framing it represents peace. The symbols of the sun and moon in each part are symbols of calmness and determination. However, by 1962, there were human faces instead of the moon and the sun. After that year, the symbols were changed, and the flag of Nepal was officially approved.

Half of the state flag is black, and the other half is red. There are four stars in black, one star smaller than the others. In red, there is a bird described in the dark yellow or orange colour. Black and red are colours that represent the tribes of Papua New Guinea for many years. Black-and-white was the colour of the German Empire flag that colonized New Guinea before 1918. The bird I mentioned earlier - the bird of Paradise is also reflected in their coat of arms.

The last one in our list of most unusual state flags is the flag that is the most bizarre to me and attracted my attention the moment I see it. The flag, chosen for its originality and the oldest on this list, was officially approved in 1282. Yes, in 1282! It proves this to be one of the oldest flags in the world.

Flag of Sicily consists of yellow and red colours diagonally drawn. Yellow represents the medieval agricultural town of Corleone, and red represents the municipality of Palermo.

The centre stands a human figure with three feet - "Triskelion," which is believed to represent three corners or three old nests of the island - Pachino, Peloro, and Lilibeo. The head of the human figure is Medusa (Gorgon) and has three spikes of wheat that grow out of its edges. Compared to the Greek iconography, it is not a snake growing as her hairs, but the peaks of grain. Trinacria (also known as Triskelion) shows respect for the time, expresses the hope that eventually the truth will be revealed, and warns that the rainbow will come after the rain. Besides, the three bent legs represent a religious and spiritual factor that is always characteristic of the region.

The flag of Sicily that many people laugh at and find strange has not been changed for more than seven centuries reflecting the identity, history, struggle, and culture of this nation.