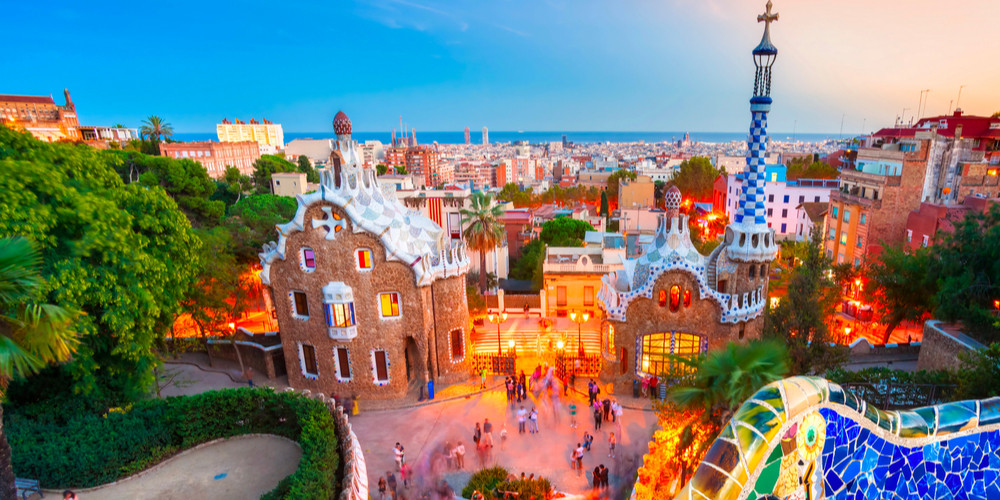 6. The Royal Alcazars of Seville

15. The district of Sacromonte

Of course, seeing the top tourist attractions in Spain with your own eyes will take more than a week. Consider those that are still worth a week's holiday time to the author's discerning taste.

Considered the symbol of Spain, the palace is the official residence of the royal family. For more than 50 years, it has only been used for official receptions. The rest of the time, it is open to tourists.

The palace, built in the 18th century, has over 2,000 rooms, of which only 50 are open to the public. Immerse yourself in the silence of the library, feel the might of the monarchs in the armory, stroll through the kitchen and bedrooms and get a feel for the spirit of Spain rulers.

See the rare works of art and appreciate the sheer royal luxury of the decorations and interiors.

Spain top tourist attractions include one of its UNESCO heritage sites.

The creator of this fantastic structure is Antoni Gaudi. The great architect dreamed of immortalizing the temple not only through its original design but also by embodying biblical motifs - the birth of the son of God, his torments, death, and resurrection.

The story of the appearance of the building is fascinating. The client once dreamed that the executor of such a splendid construction should be a man with blond hair and blue eyes. Among Spanish architects, there was only one who fits this description - Gaudi.

It is noteworthy that the temple was built without a blueprint. Gaudi preferred to improvise and to draw ideas from nature. As it is called, the Sagrada Familia is reminiscent of the intertwining branches of a tree by its tall, skyward-looking columns.

The construction of the church, which started in 1882, is still ongoing. Today, donations are still being used to build the church.

Arent the above-mentioned reasons enough for applying for Spain visa? Spain tourist attractions never cease to amaze and delight even the most sophisticated travelers from all over the world. This time let's take a stroll through the 'garden city.

This architectural masterpiece (which also happens to be the work of the famous Gaudi) surprises by its coincidence.

Count Guell once saw a Gaudí-designed shop window for an accessories shop. He was so impressed by the architect's work that he decided to become acquainted with him. From then on, the acquaintance developed into a strong friendship. Thanks to their close friendship, the Earl had the idea of building a town surrounded by green gardens.

In 1900 the construction of the town began. Because the terrain was rugged and inaccessible, it was not easy to find buyers. The Count's dream did not come true.

But today, Barcelona boasts a beautiful park that makes you feel like you're walking through a fairy tale. The park's intricate houses, towers, and pavilions are all-natural top tourist attractions in Spain.

What strikes the eye is the winding bench, dubbed 'infinity,' built from construction waste and decorated with mosaics. Crouching on it, you can feel the line between reality and fantasy blurring.

This medieval town, located almost 1,000 meters above sea level, is also on the list of "Spain top tourist attractions." It is divided by the river into two areas, the new and the old. To feel the spirit of antiquity, it is worth visiting the old town. Deep ravines surround it, and the houses that seem to have grown out of the rocks are the place's trademark.

In addition to the breathtaking scenery, there are many historical monuments - monasteries, museums, churches, cathedrals, and towers. For art lovers, there is a unique collection of paintings by the Spanish painter El Greco.

At the end of the 19th century, a Spanish archaeologist uncovered a unique cave with petroglyphs. To be more precise, the archaeologist's nine-year-old daughter first discovered the images of animals on the cave walls. Spain main tourist attractions have been enriched by another excellent object; more than 35,000 years old! Scientists have recorded images of more than 20 animals on the ceiling of one of the largest rooms. Surprisingly, the drawings have turned out quite colorful from the small variety of natural colors used by the ancient artist.

Since 2015, the mode of visiting the cave has changed. This was done because the abundance of tourists began to change the temperature, causing mold to grow and the colors to fade. Once a week, a tour of Altamira Cave is organized for just five people chosen by lot. The entire trip takes 37 minutes and is guided by strict rules.

6. The Royal Alcazars of Seville

Spain tourist attractions in Seville include a host of architecture and nature reserves. Among them is the Alcazar, the oldest palace in the world, which the royal family uses.

The Alcazar is an entire complex of different buildings and structures, park-like grounds, and gardens. Back in the 10th century, during the reign of the Arab rulers on these lands, a Roman fortress was erected here. In the 12th century, the Palace of Almohads was built in its place. Throughout the centuries, many constructions were reconstructed, and new ones were built.

The Alcazar has a Moorish style with many tiles, bright colors, and carved details. And there are exotic trees, sculptures, and fountains throughout the park. Notably, some scenes from the famous Game of Thrones series were filmed at the Alcazar Palace.

If you are wondering what are some major tourist attractions in Spain, then go to "Maestranza Bullring." This is the Bullring, which was built circular rather than rectangular like the others and where the matador first entered the arena unarmed and on foot to fight the bull. The grandstand of the arena is astounding in its size - it seats 14 thousand spectators. Maestros lasted 120 years and were completed in the late 19th century. Battles are held there between April and October.

If bullfighting is not part of your Spanish visit, why not take a guided tour of the Bullring itself, the bullring museum, the bullfighting chapel, and the hospital. They will tell you interesting facts about the origin and development of this traditional Spanish spectacle.

A visit to Spain in spring provides an opportunity to see the major tourist attractions and revel in the festivities that invariably accompany a fair week.

Queen Isabella II initiated the tradition, suggesting that a touch of fun and celebration be added to the mundane nature of the livestock market.

The fair opens with a parade of carts. Colorful pavilions are set up in the Plaza de Toros, where the daytime trade is lively. The nights are transformed into entertainment venues with alcoholic drinks, traditional food, and lively dancing.

The fair offers an authentic Spanish experience in all its glory, including bullfighting, flamenco concerts, and a festive fireworks display.

After visiting Seville Spain tourist attractions, head to the city's central park, where you can relax amid picturesque alleys, exotic plants, ancient sculptures, and fountains.

The Park covers 34 hectares, so there's something for everyone. For those who seek peace, there are secluded pavilions built on the banks of the river. Families with children won't get bored - the most diverse attractions will keep the little guests amazed. One of the most visited places in the park is Monte Gourou, which has an artificial waterfall of

Malaga Spain tourist attractions are fairly compactly located - in the center of the city. As such, it does not take much time to explore them.

Did you know that the great artist Pablo Picasso was born and lived in Malaga? That's why there's a museum of the master with over two hundred of his works of art. Most of them were presented by the artist's relatives.

The locals are very proud of their famous countryman and honor his memory. In 2003, the King and Queen of Spain donated their residence, which today houses the Picasso Museum.

The most famous building is visible from anywhere in the city. Its majestic monumental appearance sets it apart from all other historic buildings. It's the main Malaga Spain tourist attractions.

The cathedral was built in the Renaissance style. The Malaga Cathedral has only one tower, although there is a project to build another. However, there were not enough funds for its construction. Because of this fact, locals nicknamed the cathedral "the one-armed one."

It is regarded as the oldest continuously operating port in Spain. The cruise port area is the most elegant in the city - you can watch the whitewashed cruise ships and pleasure yachts bobbing about in the blue waters of the Mediterranean Sea.

Along the boulevard and the port are some interesting sights in Malaga: the Palm Grove of Surprises, the Maritime Museum, the Flora Lighthouse, and the Pompidou Centre.

Walking towards the east side of the port, you can reach the most popular Malagueta beach. Despite its central location, this artificially created island of relaxation is always sparsely populated. And the view of the fishing boats adds to the Spanish flavor of the place.

The tourist attractions in Granada begin with the Alhambra, a palace complex situated on a high cliff. It impresses with its grandeur and pomp.

It consists of palaces, an ancient fortress, mosques, gardens, and reservoirs. The whole ensemble, situated in a wooded area with steep rocky cliffs as a backdrop, offers a stunning view. The interior decoration is also striking in its splendor - grand terraces adorned with carved ornaments, pretty courtyards with fancy fountains, spacious halls lined with colorful mosaics.

Nearby the Alhambra, the Moorish rulers built another complex that served as a summer residence. While the palace is vastly inferior to the refinement and splendor of the castle described above, much money and effort went into creating its gardens. This has earned the gardens a well-deserved place on Granada's 'Best Gardens of the City' list.

Walking in the shade of the cypress alleys to the sound of the gurgling fountains and enjoying the divine beauty and captivating scent of rare flowers, you can imagine how the mighty rested.

15. The district of Sacromonte

The tourist attractions in Granada don't end there. Visit the gypsy quarter of Sacromonte. This is so named because it was here that Spanish gypsies started to live in the 15th century. The neighborhood is famous for the caves that its inhabitants use for housing and other infrastructure. The caves are home to shops, cafes, a school, dance floors, and museums.

The fiery flamenco dance is thought to have originated in the ancient Sacromonte.

List the main tourist attractions in Spain for a long time. One thing is clear - everyone who visits this country will find something to stay in their heart forever. 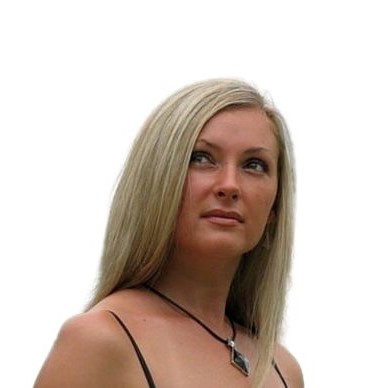