Top 10 nations, who have introduced their cuisine to the world 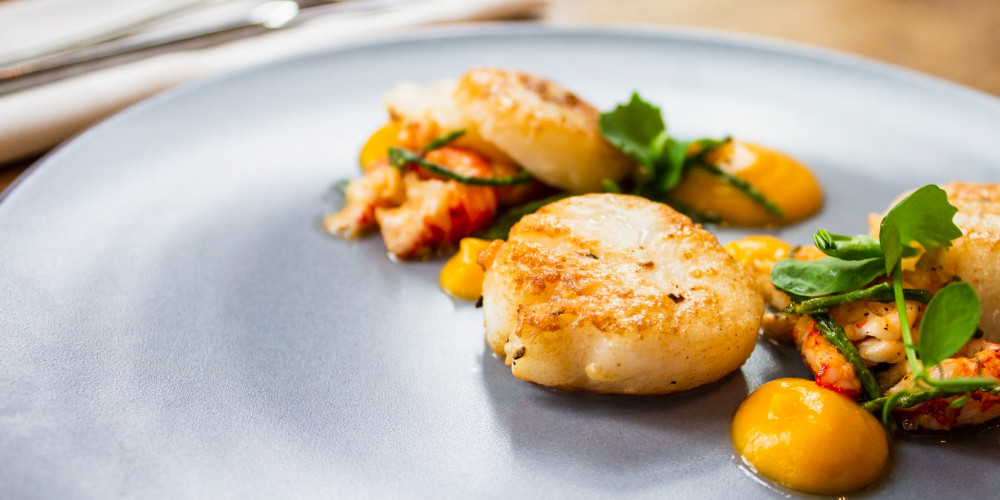 Throughout history, people have experienced different changes and innovations in cuisine. It was basically because of the integration of cultures, the displacement of people due to climate or war, and the subordination of dependent countries. While talking about world cuisine, most people think of Chinese, Italian, and Turkish foods. However, you cannot limit the world cuisine only with these nations. Mexican, French, Japanese, and even German cuisine is famous for its vibrant and delicious dishes. But which country has the best cuisine? It's difficult to answer this question but here is a list of the top 10 cuisines.

In Thai cuisine, which is very close and similar to Chinese cuisine, seafood is quite plentiful. The key ingredient is rice. Rice can be found next to many of the main dishes.  "Curry," like a sauce dish, is trendy. Curry, made taste with a variety of spices and a favourite of Thai Cuisine, is served in restaurants with wheat bread. This nation likes to eat spicy even though not like the Mexican people and uses their particular spices and vegetables in their meals. They try to balance the sweet, salty, sour, and spicy on their table and use them all. Most of the sweets are made with fruit, and almost in every cake is used coconut.

Chinese cuisine can be called the richest cuisine in the world and for this, a lot of people consider Chinese cuisine as the best cuisine in the world. The Chinese, who enrich their kitchen with rice, vegetables, seafood, Beijing ducks, pastries, and chicken dishes, mostly use soybeans in their recipes. Spices and sour and spicy sauce in the meal is a must-have. Mostly they use shrimps in the seafood - either cooked or raw, Chinese love the shrimps.  Spices such as salt and pepper and sauces, cannot be found on the tables, as they serve every meal already with the spices. When eating all these dishes, they use their food sticks, not knives or forks.

We can tell that you are thinking, "How did Germany get into the top 10?" Nevertheless, it should be noted that it is hard to compete with German pastry and sweets. We also know how famous German bread is. Therefore, if you go to any market in Germany, you can have at least 25 kinds of bread. Whichever you choose, it is up to you. It is even better to note that one of the most unusual museums in the world, the Bread Museum, is located in Germany and informs us of its rich culinary.  Salads are also trendy in German cuisine. Salads dressed with fresh vegetables and various sauces are one of the secrets of German long-life and youth.

Rice is a must-have in traditional Asian cuisine. They use rice in almost all their meals. You can even have rice at breakfast. Since Japan is an island, seafood is often found here, and a large part of Japanese cuisine is seafood dishes. One of the main features that distinguish this cuisine from other world cuisines is that they consume very little oil and spices. They are fed a healthy diet with plenty of seasonal vegetables. The Japanese know what to eat. We can name Takoyaki, Sushi, Tempura, Somen, Ramen, Ishiyaki, and other dishes from the famous Japanese cuisine. You can find and taste most of these world-famous in every country. Mainly, sushi. The number of sushi restaurants has grown significantly lately.

6th in the list of top 10 cuisines is - Mexican cuisine. Talking of Mexican cuisine, everyone will think of "spicy food." Dried Chili pepper is one of the essential ingredients of the country's cuisine and is used in most of the dishes. Corn, beans, cocoa, rice, an assortment of vegetables, exotic fruits, and a variety of spices are the basis of Mexican cuisine.  Tortilla, eaten with dishes, is a type of flatbread made from corn and wheat flour. Taco, made with several ingredients inside the Tortilla, is one of the most popular and delicious dishes not only in the country but also in the world.  Being half surrounded by the ocean lead to the use of seafood in Mexican cuisine. They make a variety of dishes, mainly from large fish and lamprey. The soups are essential in this kitchen. Mexico is one of the most soup-eating countries in the world. And now let's find out what are the top 5 cuisines in the world?

Greek cuisine is one of the oldest and most delicious. The Greek cuisine, which combines the Balkans and the White Sea cuisine, also includes Cretan cuisine. Most of the dishes belong to the category that the Turks call "olive oil." Due to this similarity, Greek cuisine shares many common points with Anatolian Turkish cuisine. Greeks have many delicious pastries, as well as meat dishes. They can well cook fresh vegetables with fresh meat. The Greeks are one of the nations having sumptuous cuisine in world cuisine since ancient times. The most common name we know of Greek cuisine and the food we are familiar with is the Greek salad. The taste of the Greek salad, which is quite easy and quick to prepare, is delicious. We strongly recommend for those who have not tried

Spanish cuisine, with its unique taste, is not inferior to any other meal. I think you can imagine it as it is ranked in third place in the top 10 cuisines list.  Tasty and soft, different Spanish bread, fresh vegetables, salty-pepper dishes are all about Spanish cuisine. Gazpacho soup, one of the most popular meals, appeals to everyone's taste. If you want to try this soup, you should make your way from Seville. Another food we want to talk about is Tortilla. The food, known as Spanish scrambled eggs, is not for breakfast. The Spanish people eat this as the main dish for lunch or dinner. We also strongly recommend that you taste this dish made of eggs, potatoes, onions, and coloured Bulgarian peppers.

French cuisine is one of the most sumptuous cuisines in the world, for its amount, cooking techniques and methods. The French, who perfectly cook meat, vegetables, and pastries, allocate a place to the fish and seafood in their kitchen.  They eat three times a day. Cheese and wine brands are world-famous. Wine is also used for cooking meat. At dinner, wine is also believed to be a must-have.  Another famous and delicious sweet of French cuisine (which known for its Souffle, Caramel, and Macaroon) Croissant is the most popular and most eaten in the country.

Italian cuisine is one of the world's favourite cuisines. Eating is more than natural needs for them. It is spending time or talking with someone.  When it comes to Italian cuisine, most of us think of delicious pizzas and macaroni with sauces. The country has a wide range of sauces and pasta. The rice called Risotto is quite popular. The tastiest and popular of the sweets is the tiramisu. Italian cuisine, like France, is also famous for its cheese, wine, and coffee.

MOST RECENT
Topics
Apply for any visa in two clicks!
Food, Hotel, Restaurant