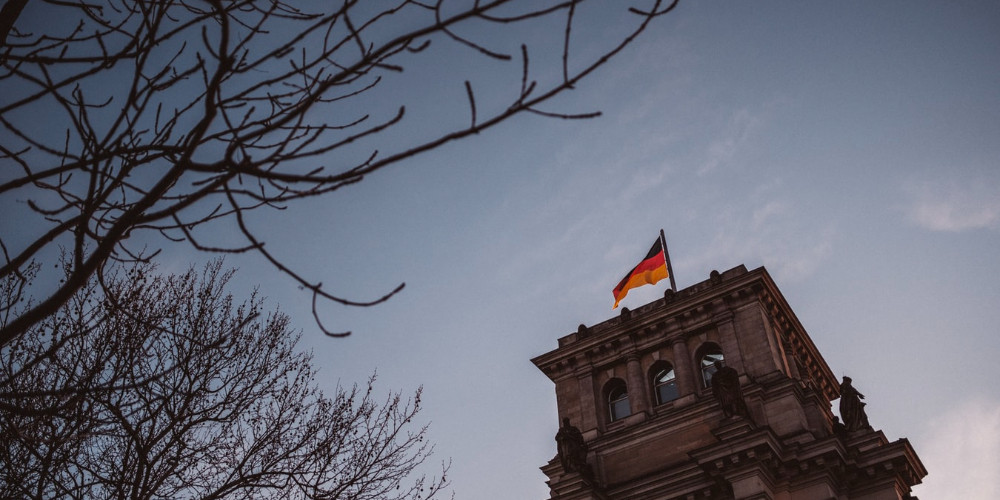 What's better than thinking of enterprise architecture as essential architecture? Centuries ago, this implied building amazingly tall stylish buildings like the Empire State Building. Nowadays, many architects looking forward to reaching sky upper limits with their work. The focus has now been narrowed to formulating eco-friendly structures, as well as affordable housing models. We struggle hard to design our great buildings, and later these buildings design us.

Are you wondering what's best embassy architecture? These are many current trends in the 21st Century. Architecture can be defined as something great and magnificent. The evidence for this is skyscrapers such as Central Park Tower in New York. At Pickvisa.com, we've highlighted the 10 most architecturally best embassies.

1. The German Embassy in Cairo

After the bombing of the US embassy building in Beirut caused over 63 deaths, this ushered a new era of diplomatic insecurity. The architectural design of this German embassy reflects the demand for representation and security encapsulated in the dilemma of creating modern and safe embassies. For this reason, the building is situated hundreds of meters from the public walls, just like the American embassy in London. This design was influenced by the social composition that was there in the early modern government. Whereby the diplomats represented aristocrats, as well as, abroad, represented the Monarch.

2. The American Embassy in Bangkok

Shop architects inspired the amazing architectural design. The lush site of the US embassy situated in Bangkok is filled with rain forest stormwater ponds and trees. The architects proposed that the building should be elevated about three feet upwards. It comprises tiered glass volumes that have been covered in slats, which is meant to mitigate the humid and hot climate of Bangkok. Parts of the lower section jut out in different directions to create shading at the entrance. The lower floors drift away from the core building. They extend outwards to the compound access control buildings. The lower half of the American embassy has been designed to offer a terrace for greeting visitors and staff.

3. Weiss Manfredi's master plan for the US embassy in New Delhi

Weiss Manfredi firm has recently revealed their plans for updating the Edward Durell modernist American embassy in New Delhi. The plan is to transform the US embassy building in New Delhi into a multi-functional campus. It will involve the renovation of these great buildings, including the Chancery building. The Chancery building is a commendable structure designed with a flat roof, white latticed walls, vats courtyard at the middle, and slender golden pilotis.

The improvements to be made include new facilities such as a support annexe and an office building. The architectural designs include; white and low lying rendering depicts detailed with altered facades.

4. The US Embassy in Honduras

The US embassy in Honduras is one of the prominent architecturally best embassies worldwide. The design features a curved and slanted facade that is covered by a copper-hued lattice. There are new plans for rendering the new embassy compound situated in Tegucigalpa, Honduras' capital. The new facility will include places for lectures, meetings, collaborations, as well as, work. The Northern facade street will be segmented into two massive walls designed at a slant. The Basement will include copper-coloured aluminium fins with a diamond-shaped pattern, and the back to be fitted with lattice works. The lattice works will be meant for filling the verbal gals behind the main structure. The glass is also designed to provide a transparent entrance to the eight stores Chancery. The interiors are to be filled with plenty of natural light.

5. The Swiss embassy in Nairobi

Dyed concrete walls decorate the Swiss embassy in Nairobi, designed by Roeoesli Maeder. The vast concrete embassy building is among renowned residential areas in Nairobi. The embassy consists of a consulate and diplomatic services for the government of Switzerland, and the building has an extension of about 2.5 meters of perimeter walls for security reasons. This particular wall a contradictory but also an exciting beginning point for this modern facility. It extends away from the talk concrete wall and curves to form a spiral shape. These two elements were meant to make the embassy resemble a single architectural construction.

6. The Egyptian Embassy in Lisbon

A wonderful Egyptian Embassy that features huge concrete walls is covered with bas-relief patterns that resemble the Egyptian motifs. Its design was meant to fulfil the security requirements of this typology. Its architecture incorporates Egypt's history and symbolic cultural references. The embassy has been situated centrally on a compact land engulfed by gardens to enhance security. The security entrance to the concrete wall grants access to the ramp and public entrance leading to the garage in the Basement. The embassy's design that comprises solid concrete mass gives it an impenetrable feeling and portrays Egypt's long history of in stone construction.

7. The US Embassy in London

It is an outstanding US embassy in London designed by Kieran Timberlake. The building is estimated to have cost around £750. It has been engineered to create a balance in terms of security standards. A 65-meter wall surrounds the embassy. The twelve storeys building consists of a facade of laminated glazing. The laminated glazing has been covered by transparent ethylene polytetrafluoroethylene film. The transparent crystalline cube symbolizes equality, openness, as well as, transparency.

8. The Australian Embassy in Washington, DC

Bates Smart, an Australian firm, is responsible for designing the new Embassy for Australia. It is meant to replace the previous embassy building that was established in 1964. The architecture of the new embassy has been inspired by the beguiling and unique beauty of the Australian landscape. The embassy will have rich and refined materiality that will make it unique in Washington. The building features vertical strips of glass and a massive glazed atrium to draw in light to the centre of the expansive footprint. The sustainable design of the new embassy reflects the rich beauty of Australian landscapes and the openness of the Australian culture.

9. The Australian Embassy in Jakarta

In Jakarta, the Australian Embassy was designed by the Denton Corker firm to add the assortment of metals extracted in Australia and acoustic panels that are decorated using national landmarks. The embassy was established great a dignified yet expressive representation of Australia's character. This remarkable embassy building is, without a doubt, the largest diplomatic post for Australia. The architectural design of this building provides a multiplicity of expressions that bring together the cohesive and unified cultural diversity of Australia. It is situated close to the middle of Indonesia's capital.

10. The Chinese embassy in Australia

The Chinese embassy is found in the suburb of Yarralumla. It consists of office buildings, a garage, staff quarters, and the residence of the ambassador. Also, the embassy has been engulfed by gardens which include a swimming pool. The pool enclosure, which is 25 by 10 meters was meant for swimming throughout the years. The embassy is formulated to express the deliberate contrast in the previous historical styling of the existing structure.

However, it also incorporates subtle references in terms of colours and their form.  For example, the eye-catching hue of glass resembles the glazed tiles' peacocks' blue surface, covering pavilions and corridors in the embassy. The architects responsible for this work focused on retaining the brightness of the previous outdoor pool. Cross braced columns and suspended trusses are designed to reflect the surface of the pool.