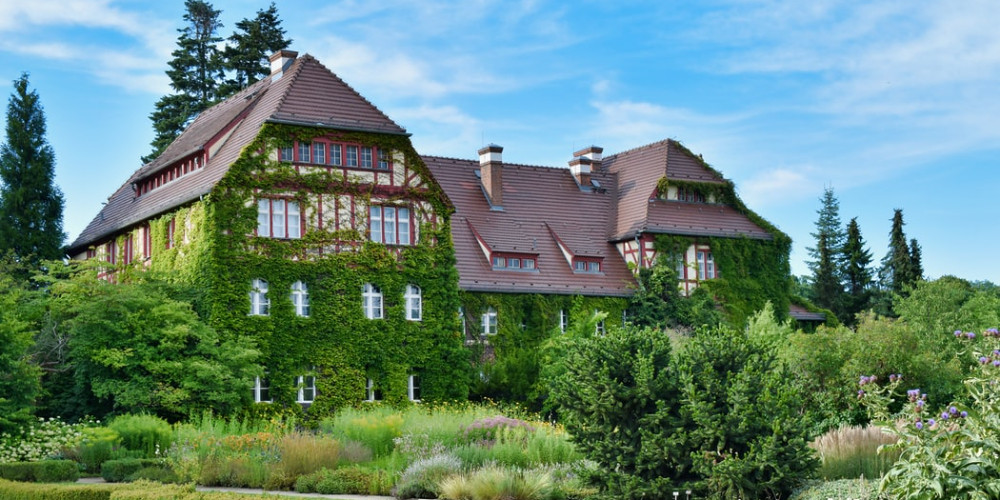 William Shakespeare is famous as one of the great icons of world literature. Apart from being the author of plays such as Romeo and Juliet, the English playwright gave life to many literary comedies and tragedies, added to an extensive collection of poems. Therefore, every person who visits Stratford-upon-Avon has the essential task of visiting the birthplace of William Shakespeare. Yes, despite the passing of the centuries, the house where this great man was born is still intact, full of the charisma of that literary genius. It is true that travelling to this corner of England, to Stratford Upon Avon, is well worth it beyond this one of the best historic house museums. This home museum is located on Henley Street. Its exterior view is quite beautiful, presenting itself as a rather large house, equipped with beautiful windows and pointed roofs. The exterior of the home is designed in wood and has a lovely fireplace. Also, just opposite, there is the Christmas Store where you can buy details of this literature genius at any time of the year. By the way, the best times to travel to England is on Christmas Eve. Whether you are passionate about literature or only someone who knows what the name of William Shakespeare represents, a good tourist option to live is to visit this house. House in which the author was born and lived his childhood, adolescence, and his first married years with Anne Hathaway.

The Churchill War Rooms is one of the best places to visit in England that allows you to learn about the city's history during the Second World War. Located in central London, this museum was the bunker where Winston Churchill, the British president, and his cabinet took refuge during the months that the Nazis bombarded the city with V2 rockets. In this particular museum, in addition to finding the original rooms, including Churchill's room, many maps and documents related to espionage and other intriguing aspects of the war.

Charles and his wife Catherine moved to No. 48 Doughty Street, in London, United Kingdom, in the year 1837, the same year in which Queen Victoria of England began her reign. In this house, Dickens achieved international fame as one of the best writers in the world. Furthermore, it was in this home that they raised the three oldest of their ten children. This house is furnished and decorated in a way that evokes the time when Dickens lived in it, with some personal belongings of him and his family arranged to give the impression that they still live there. You will think of it as going to be one of those museums where they expose everything in showcases, but you will be happy to see that it is not like that; only some precious objects are kept in small showcases.

Visiting this house is like travelling in a time machine to the 18th century. That is why it is famous as one of the most excellent museums in England. The house preserves the faithful reflection of what life was like for the artist and his family. Inside, every detail is taken care of to make it the most realistic and shocking experience possible.

At some point, cafe owner Sue Blazye thought that her collection of teapots would get out of hand - and without further ado, she expanded her tea room into a museum for teapots. The Teapot Island is a paradise for tea lovers because the museum is filled to the last centimetre with over 7,600 different teapots. These include real treasures and curiosities, such as teapots in Lady Di or Winston Churchill's design. 2000 of the teapots are even available for sale, and an online shop is even being planned. Teapot Island is located in Maidstone, Kent's capital in south-east England, and it costs between £ 2 and £ 3 to enter. And the best part: In the tea room, there is a cream tea, afternoon tea, and high tea as well as various other little things for tea.

The Sir John Soane's Museum is one of the undiscovered gems of London's free museum scene. In its day, the museum was the home and studio of one of the architects most important of the period, a neoclassicist in the UK. In addition to knowing a lot about the architecture of the time, the visit allows you to see inside a London house at that time. As a final curiosity, you should not miss the basement where you will find one of the most impressive pieces in Soane's collection, the sarcophagus of Seti I, the father of Ramses II, one of the most important pharaohs in the history of Egypt.

One of the characters' most famous fiction that "lived" in England's capital is the detective Sherlock Holmes. If you are a fan of Sir Arthur Conan Doyle's novels and want to see the fictional house where Sherlock and Dr Watson solved the most complicated crimes in the city or if you just want to see what a London house would have looked like in the late 19th century, you should not miss this museum located in one of the best-known addresses in the world: 221 b Baker Street.

Somerset House houses three collections: Old Masters, Impressionists, and Postmodern paintings hang in the Courtauld Institute of Art. The Gilbert Collection shows over 800 works of ornamental art, while you can see the exhibitions from the Hermitage in St Petersburg in the Hermitage Rooms. Also, the inner courtyard is converted into an ice rink in winter.

Hertford House is an 18th-century mansion that now houses a large art collection, the Wallace Collection. The art museum grew out of a private collection of Sir Richard Wallace that his widow bequeathed to the British state in 1987. In 1900 the museum opened in Hertford House.

Another insider tip when it comes to lesser-known museums in London is the Horniman Museum. It is located in the London Borough and was founded by the tea merchant Frederick John Horniman. The museum exhibits a wide range: The tea merchant's private collection includes natural history and cultural artefacts, and musical instruments. In total, there are over 350,000 interesting and wonderful objects to marvel at. The museum also has five beautiful gardens, including a bandstand, an animal enclosure, and a nature trail. In my opinion, the museum is a motley mixture of history, culture, and nature. There is also a cafe and much more. Let yourself be surprised!

lived in this house for more than 30 years. The museum stands out for the collections it houses and for the Victorian exhibitions that usually take place in it. The house has rooms that stand out for their exquisite decoration. One of the most spectacular rooms in the house is his study, located on the first floor, where natural light plays a leading role.

One might think that such a museum should be in the Black Forest (there is also, in Triberg), but there are also fans of the clock with the bird in England. The brothers Maz and Roman Piekarski have been addicted to the legendary cuckoo clocks for over 40 years and have accumulated an impressive collection of over 600 objects over the years. Fun fact: It is not always just the cuckoo that comes out and announces the time - the exhibits also include quail clocks and a clock with the trumpeter bird - so it gets really loud at every full and half hour in Cuckooland!

If you do not know what museums to go to in England, try this one. There is a witchcraft museum in the small town of Boscastle in the southwest of England. The Museum of Witchcraft and Magic is all about mythical figures and their magical powers. Besides occult exhibits like quija boards, magic books, witch cauldrons, and yes, even dead cats, the museum also gives a good insight into the witch hunt. Exciting! So, isn't it time for you to apply for a UK visa and expand your horizon?

Topics
Apply for any visa in two clicks!
Countries
Do you want to get a United Kingdom visa easily?
Get your visa now