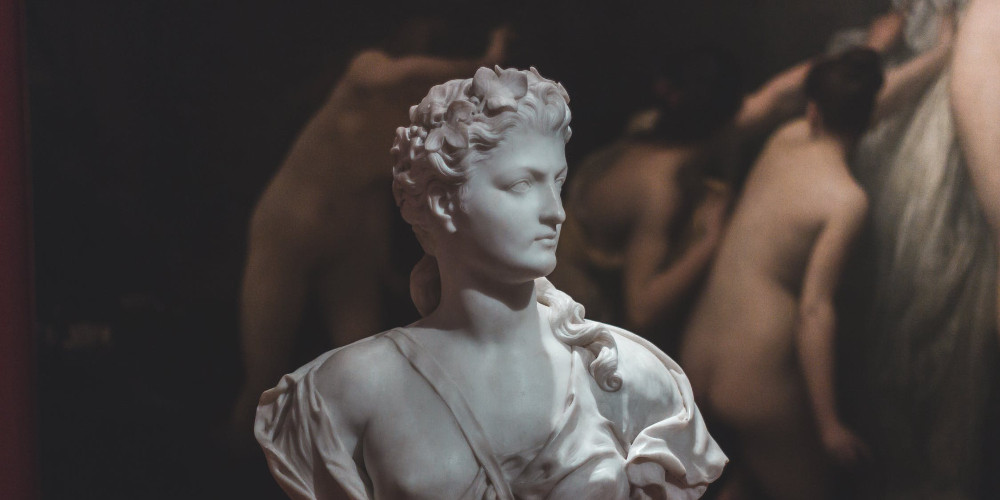 Most interesting museums in Germany

The Memorial to the Murdered Jews, Berlin

You are museum-goers or not - that doesn't matter. The following list of the best museums in Germany guarantees that there is something for everyone. These include both small and large museums, well-known and less well-known. But they all have one thing in common: they are unique and exceptional or deal with a rather unusual or special topic. Most of the people interested in what kind of museums are in Germany and how many Holocaust museums are there in Germany? We will cover them, too.

The Pergamon Museum is one of the most important museums in Berlin Germany about the history of culture. The museum has been praised on Berlin's Museum Island since 1930 and is home to oriental and Near Eastern sculptures and artworks from 6,000 years of history. The Pergamon Museum achieved worldwide fame, especially for the Ishtar Gate of Babylon, the Pergamon Altar, and the Market Gate of Miletus. The buildings were excavated in Asia and the Orient from the end of the 19th century, removed, and brought to Berlin. The museum has been partially renovated since 2013. So, worth noting that The Altar Hall with the legendary Pergamon Altar, and the Hellenistic Hall will remain closed to the public until at least 2024.

Scouts, Spies, and agents - they all have one thing in common: these professions belong to the second oldest profession in the world, espionage. There was espionage long before the invention of cell phones and the Internet. In Germany's only spy museum in Berlin, you can see how inventive and tricky it was from antiquity to the present day. The exhibition features numerous impressive exhibits. For example, original props from the James Bond films, agent radios, or amazing inventions such as umbrellas with poison arrows or lipstick cameras. The most modern technology is used everywhere in the museum to bring visitors closer to the world of agents and secret services. If you want to test your secret agent skills, you should not miss the highlight of the museum: The Laserparcours. In four levels of difficulty, you have to cross the laser beams unnoticed as quickly as possible. In the experience exhibition, visitors can also search for a room for bugs or write with secret ink. With its growing popularity, the Spy Museum became one of the best museums in Germany.

The dinosaur world is the main attraction of the museum and makes it one of the most interesting museums in Berlin Germany. The Giraffatitan, originally classified as Brachiosaurus Brancai, is the central exhibit of the museum and with a height of 13.27 meters, it is the largest assembled dinosaur skeleton in the world. In addition to the outstanding exhibits, the dinosaur show shines with interactive elements. The skeletons can be brought to life with the so-called Jurascopes. Until the end of January 2020, the only original skeleton of a Tyrannosaurus in Europe can be seen on loan from Tristan Otto in the Berlin Museum of Natural History.

Anyone who travels to the Westphalian town of Gronau has to visit rock'n'pop museum which founded by Udo Lindenberg. This is considered as one of the most extraordinary and interesting museums in Germany. And this extraordinary museum should not be missed by music enthusiasts: pictures, sounds, and exhibits, which are carried by an innovative sound system and multimedia elements, turn the visit into an experience. The creatively designed rooms lead through the world of rock and pop music of the past decades. You get an insight into the lives of great names in music history, such as Freddie Mercury, Madonna, and Helene Fischer. You can marvel at the special outfits of the stars, milestones in their careers, and interesting facts from their private lives. Highlights are the Can Studio, the recording studio of the German avant-garde band "Can", and the Green Box. In the Green Box, visitors can slip into the skin of a rock star themselves: put on costumes, jump in front of the camera and record their music video.

The bad news is: If you want to take a closer look at all the exhibits in the Deutsches Museum, you have to spend days at Munich's Museum Island. The good news: A trip to the Deutsches Museum is always worthwhile because it is one of the most famous museums in Germany. Our tip for the first visit is to make a plan in advance, to the museum highlighting the history of technology and science you do not want to miss. Are you more interested in the Wright brothers' first powered airplane or the Z3 from Konrad Zuse? Or would you prefer to indulge in the lightning show on the high-voltage system? There should be something for everyone in the Deutsches Museum.

The facade of the Conditorei Museum in Kitzingen near Wurzburg in Bavaria is among the most “sweet” museums in Germany. But there is also something extraordinary behind the walls of the impressive Renaissance half-timbered house: the Conditorei Museum. Confectioners and gingerbread have always been located in this area and for a long time an undiscovered treasure was slumbering in the attic: almost the entire inventory of these confectioners was untouched until it was discovered and scientifically recorded by the University of Wurzburg. This collection ranges from artistic shapes for chocolate figures to historical recipe books and specialist literature. The exhibition tells the story of the bakery and confectionery trade of the 19th and 20th centuries. Collections from all over Germany expanded the inventory. The art of sugar baking is brought to the attention of visitors in this small but special museum. It is the only museum of its kind in Germany. The museum also houses a cafe where sweet tooths get their money's worth.

If you like and drive Mercedes cars, this will be one of the best museums in Germany for you. With its glass facade and elevators reminiscent of Star Trek, the Mercedes-Benz Museum in Stuttgart looks futuristic both inside and out. The exhibition in the Mercedes-Benz world looks back on 130 years of automotive history - from Carl Benz to electromobility. Anyone who has ever wanted to see Pope John Paul II's legendary “Papamobil” or marvel at Lewis Hamilton's "Silver Arrow" will be delighted at this automobile museum.

The Memorial to the Murdered Jews, Berlin

If you want to visit Jews memorials and are interested in how many Holocaust museums are there in Germany, you probably need to come to Berlin's Holocaust Memorial. This is a place of remembrance and commemoration of up to six million victims. The monument designed by Peter Eisenman, consisting of 2711 steles of different heights, is supplemented by an underground information site. The personalization of memory takes place, among other things, through the representation of exemplary family stories from the very different Jewish living environments, which were destroyed by the Holocaust, and through the reading of short biographies of murdered or missing Jews in the area of the names. With this memorial, Germany intends to honor the six million Jews murdered by the National Socialists and to keep alive the memory of an unimaginable event in German history, by the decision of the German Bundestag.

From the end of 1943 to 1945, forced laborers had to work in front of the population on the site on Britzer Strasse, in the middle of a residential area. The camp was built for 2,160 forced laborers, over 400 were housed there. Since 2006, the Nazi Forced Labor Documentation Center can be visited at the historic site. It provides information about the history of forced labor under the Nazi regime, which forced around 26 million people to work. The permanent exhibition "Everyday Forced Labor 1938-1945" illustrates the history of forced labor during the Nazi era. Using photographs and original exhibits, the exhibition depicts the reality of forced labor. A particular focus is on the approximately 8.4 million forced laborers who were deported from the occupied territories. Barrack 13 is one of the oldest buildings in the camp and can be visited on guided tours. Do most history lovers ask about how many Holocaust museums are there in Germany? In fact, most of the Holocaust museums are located in Poland. But for sure you can take a tour of this one of the most important museums in Berlin Germany.

The German Emigration Center is one of the most interesting museums in Germany. The museum is now exactly where 7.2 million people left for the New World by 1890 to start a new life in the United States. In the adventure museum, 33 real family stories take visitors on a journey through 300 years of German migration history. When walking through the large museum, you follow the story of an emigrated German and go through all stages - from the waiting hall in the emigration port of Bremerhaven to the ship accommodation on board the ocean liner to the arrival on Ellis Island in New York.

5 cities to see in Germany 10 reasons why you should travel to Munich instead of Berlin The historical mistake of Catherine the Great: Sale of Alaska