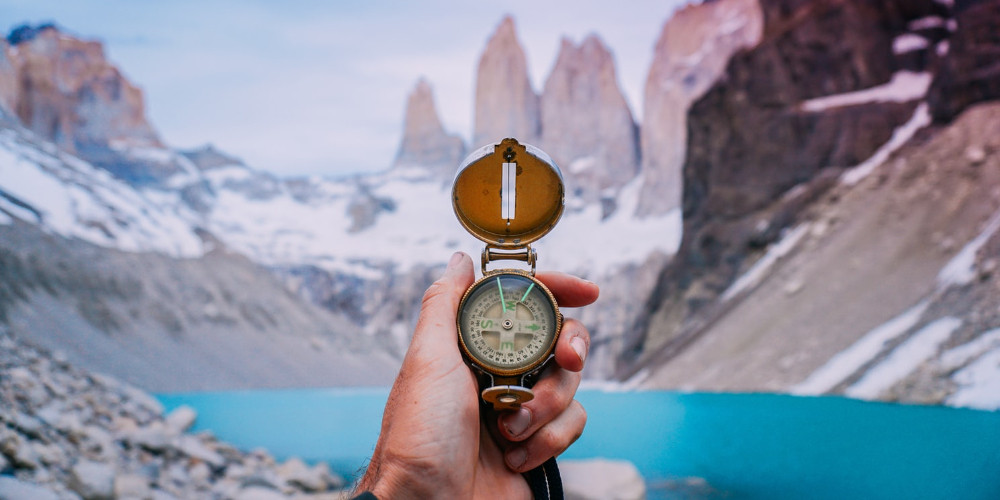 20 best inventions in the world

Ancient Greeks already knew the magnet in the 6th century BC. But they were not even aware of its meaning. The famous philosopher Thales (640 - 546 BC) thought that the magnet stone had a soul, so it had pull and repulsion properties, but he was not aware of the magnetic field.

Ancient sailors determined their direction by looking at the stars. However, this method did not work on cloudy nights. The northward facing feature on the magnet was first discovered by Chinese sailors in the 1st century.

Can you imagine there was a time when the paper was not invented? Do you have at least one day when you don't use paper? I do not think so. This is the main reason paper is considered one of the best inventions in the world.

Although papyrus and amat are used in the Mediterranean world and pre-Columbian America, these materials are not identified as real paper. The first papermaking process was documented in China during the Eastern Han period (25-220 AD), traditionally attributed to court attendant Cai Lun.

People had great difficulty with migration until the wheel was invented. The wheel has been a solution to very important problems in agriculture and trade as well as transportation. Wheels or cogs are the basis of many technologies today. Thanks to their usefulness, we can call wheels one of the best inventions.

The idea of a wheel probably arose from the pushing of objects placed on a side-by-side tree trunks. The oldest record about the wheel is the Sumerian (Uruk) pictogram, which depicts a wheeled sled from 3,500 BC.

Penicillin was first discovered by Scottish scientist Alexander Fleming in 1928. It is one of the most famous inventions in history. Alexander Fleming has saved millions of lives so far. You can see these words in the first ad posted after mass production: "Thanks to PENICILLIN ...He will come home". This makes penicillin one of the best inventions of all time for humanity.

The clock was first used in Egypt around 4000 BC. The first mechanical clock was made by Yi Xing of China in 725, after the sundial, water clock, and hourglass were used by the Egyptians and Chinese for a long time to keep track of time.

Until 1793, communication was done in primitive ways in the world. Many primitive methods were used as a means of communication, such as a mirror, pigeon, burning fire, and letters. Although the telegraph is not considered valuable today, it was a perfect invention under the conditions of that time. This device, in which electricity was used for the first time, was invented by the French "Claude Chappe" and later developed.

The telephone, on which dozens of inventors worked on it at the time, was first patented by Alexander Graham Bell in 1876. The great role of the telephone in global communication and business life is indisputable. Of course, the phone made by Graham Bell has nothing to do with today's phone. Renewed with the development of technology, smartphones are now an indispensable part of our lives. Undoubtedly one of the most loved and best inventions in the world!

The light bulb was an idea that had been worked on for 50 years. As we all know, Thomas Edison found the light bulb. He prevented the use of electricity to illuminate the light bulb in some way and continued his work continuously. The carbonized elements were turned into threads and placed inside the air evacuated bulb, resulting in light. Thanks to this idea of Edison, the light bulbs that were given electricity finally started to burn. Obviously, one of the best, useful, and important inventions!

Can you imagine our modern life without the internet? I think it is safe to say that the internet is one of the best inventions of all time, especially if we consider that online work and online learning are the most important part of our lives due to the Covid-19.

The Internet enables billions of people to communicate anywhere in the world. It was developed in 1960 by several computer engineers for the American Defense Industry. This led to the spread of the American Intelligence Agency CIA around the world.

The first determination of the calendar records started with the recording of the daily cycles of the month. The modern calendar was not used much until the 1600s, so many calendar forms were created that were used to fill a unified system. The calendar we use today was introduced to humanity by Pope Gregory XIII in 1583.

The credit card idea was first introduced in Edward Bellamy's "Looking Backward" book published in 1887. 30 years later, it was used in hotels and gas stations. In the future, plastic cards could be replaced with more robust material, or even mobile phone currency, which has no physical property of electronic money.

In the past, substances such as opium, mandrake, and alcohol were used instead of anesthesia. However, in 1847, American surgeon Henry Bigelow introduced ether and chloroform as the first method of general anesthesia, making painful operations much easier. Words are not enough to explain the importance of this invention! Can you imagine our lives without anesthesia? One of the best inventions ever!

Cars have completely changed the way we travel and the design of our cities and introduced the concept of the assembly line (a manufacturing process in which replaceable parts are often added when moving to the production station) into our lives.

Cars were developed by many people from the late 19th century until their modern form. However, we also need to know and know the German engineer Karl Benz, who created the first practical car in 1885.

Invented by the American Wright brothers in 1903, the planes brought locations around the world closer together and allowed us to travel very long distances quickly. This technology expanded minds with enormous cultural exchanges, but at the same time facilitated the access of the upcoming world wars and increased the severity of every war that followed. One of the best inventions ever in the field of transportation!

The first rockets were invented in Ancient China. Modern rockets are the contribution of the 20th century to humanity. Rockets have played an important role in the development of military facilities and the exploration of human space. Can we consider it as one of the most exciting and best inventions ever?

These were some of the best inventions of all time in the field of healthcare!

German physicist Wilhelm Conrad Rontgen discovered X-Ray rays in 1895. He was awarded the first Nobel Prize in Physics in 1901 for this invention.

Nuclear magnetic resonance, which is now used as a very accurate and effective diagnostic tool in medicine, was first described by the American physicist Isidor Rabi in 1938 and was measured with molecular rays. He won the Nobel Prize in Physics in 1944.

If someone asks you "What are the best inventions in the world in the field of healthcare?" After penicillin and anesthesia, they are worth mentioning.

The first 3D printer technology was introduced by Charles Hull in 1984. With the establishment of the first 3D printer company called 3D Systems in 1986, a new industry was born. Thanks to this amazing invention, scientists have created many things, from food to clothing, from real ears to human skin. This is truly one of the best inventions in our modern life.

If you ask, "Okay, but what are the best inventions in the world since the 2010s?" There are many of them, but here are some of the coolest:

Simple everyday tasks for the visually impaired, such as sending e-mails or washing up piled-up laundry, present themselves as very troublesome processes. Aira, for which a monthly fee of 99 dollars should be paid for the standard usage plan, allows you to broadcast live images with either smartphones or Aira's proprietary glasses. Assistants working in the system and available 24/7 explain the objects in the images shared by the visually impaired, give directions, and answer their questions.

Bee & Kin Tech handbags, one of the 4 inventions in the Time Magazine 2019 style category, come as a bag that can steal your Spotify list, assign your location to your friend, or call Uber for you. Bags with a sales price of $ 495 will be with us day by day, with technologies that improve themselves. One of the best inventions that is perfect for our modern life and makes it easier!

Until now, neither America, Russia, nor any country in Europe could go to Mars on the first try. However, on September 24, 2014, India achieved this when the spaceship Mangalyaan it produced came into orbit on the Red Planet. It costs $ 74 million, which is cheaper than the famous movie 'Gravity'. This spaceship has been a very solid step forward for India's space studies, and of course for earth science.

If you were curious to know more about the best inventions in the world, now you have a lot of interesting information.

Top 10 Football Clubs With Most Fans In The World Useful mobile apps to make your travel easier The historical mistake of Catherine the Great: Sale of Alaska