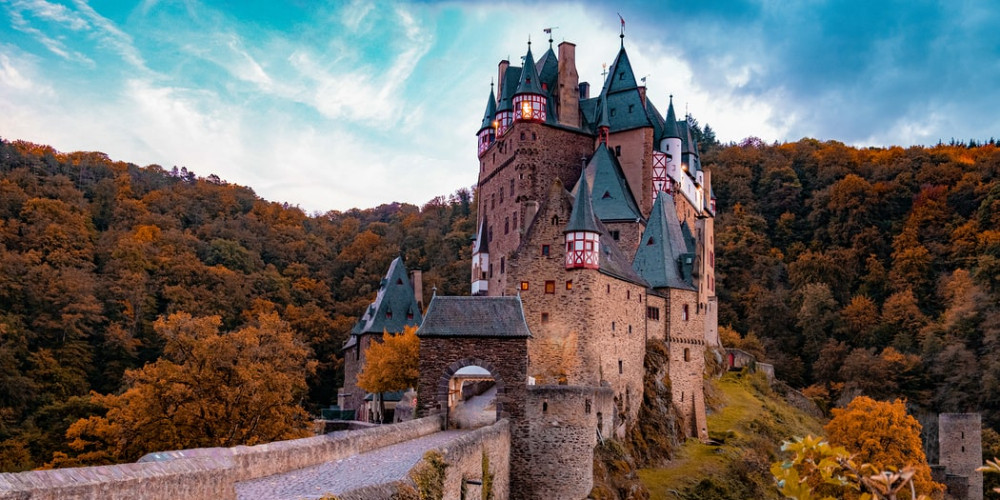 5 reasons why you should travel to Germany right now

5. The culture of electronic music

Germany, aka the Federal Republic of Germany, is famous all over the world for its quality, well-coordinated work and dignity. Moreover, the most famous and beloved festival Oktoberfest also comes from Germany. Also, Germany is a country with a dynamically developing economy and is also renowned all over the world. Each world country takes an example and strives for a stable, healthy economy of Germany.

As a world leader in technological and industrial production, Germany is also the world's third-largest exporter and importer of various goods and services. Also, Germany is the world's third-largest country in terms of immigration. Why? Because Germany is a developed country with a very high standard of living in the world and is ranked fourth in the world by the standard of living. Moreover, Germany has the opportunity to obtain higher education free of charge, supports social security, and stable, strong medicine with a universal health care system. Germany supports human rights and environmental protection, taking care of the planet and comfortable living for every citizen.

Today we will look at the reasons why it is worth visiting Germany. I want to note that you will get maximum pleasure from your trip.

Where is Germany? Germany is a state in Western Europe, which has a unique German nature ranging from beautiful forests to warm resorts on the North Sea coast. Germany has a vast history, covering a period of more than two thousand years, and maybe even more.

In German, Germany is Deutschland, and even the name has a special meaning. Originally, from the Pragmian language, the word "Deutsch" meant "related to the people" and obviously "Land" island. Historically, in Germany, the people and their voices have weight.

Returning to German history, it is worth mentioning that the first mention of the Germans appeared in the works of ancient Romans and Greeks. To be more precise - it was 98 years. However, it is considered that the date of foundation of the Germanic States is February 2, 962, as it was on this day that the East Frankish King Otton II was crowned in Rome. He became Emperor of the Holy Roman Empire. This empire was a land confederation, and each land had its army. Like then, Germany is now divided into lands with its own rules and laws. At the head of the Federal Republic there is a body, the Reichstag, where a representative from each ground is present, and at the dome of the Reichstag is the Federal Chancellor, i.e. the President of the Federal Government of Germany.

The federal form of state structure implies parts of the state that are state entities with individual legal and political independence. The Federation is an association of entities that do not have state sovereignty but have broad powers in the internal politics of the state.

Thus, in Germany, there are 16 subjects - federal states.

Because Germany has a long German history, there are a vast number of historical monuments and sights all over the country. Thus, the Brandenburg Gate is a reminder of World War II. By the way, nowadays, Adolf Hitler is treated negatively, as well as the fascist past.

In Bavaria, near the town of Fussen and very close to the border with Austria, majestically rises an ancient castle Neuschwanstein, which translates as the New Swan Rock. This romantic castle of Bavarian King Ludwig II is genuinely magnificent and fascinates not only with its appearance but also with its unique decoration inside. Neuschwanstein Castle was built on the site of two fortresses - the front and rear Schwangau, a German commune in Bavaria. The castle is a very famous place and a popular location among tourists in southern Germany.

Further on the list is the third in the world in the ranking of the highest churches - Cologne Cathedral. This Gothic cathedral is included in the UNESCO World Cultural Heritage List.

Also, in the capital of Germany is the largest evangelical church in Germany, and it is the Berlin Cathedral, located on Museum Island, and built-in 1894-1905 in the style of Neo-baroque and Neo-Renaissance.

Nowadays, the crypt of the once ruling Hohenzollern dynasty is open for visitors.

Near Berlin, the capital of Germany located Potsdam, a unique palace of Frederick the Great - Sans Souci. It was built in 1745-1747 in Frederician Rococo style. In the 90s, Sans Souci, with its castles and extensive gardens, is included in the UNESCO World Heritage List.

Germany is in a temperate climate zone, but in the north, the climate is maritime. The weather is changeable, and sometimes, today it can be warm and sunny, and tomorrow it can be cold and heavy rain. It is always tricky to predict the weather conditions, and you should always keep track of the weather when planning a trip.

Throughout the territory of the Federal Republic of Germany flows many rivers, and the largest of them are the Rhine, Danube, Elbe, as well as the Oder and Weser. Canals connect all rivers. Two seas wash Germany - the Baltic Sea and the North Sea, and the largest lake in Germany is Lake Constance.

Throughout the Federal Republic, there are about 14 national parks, 95 natural parks, and 19 reserves, as well as a large number of natural monuments. German nature is highly appreciated and strictly protected, which makes the recreation unique.

Forests occupy approximately 30% of the whole territory of Germany, two-thirds of the woods are coniferous, and only one-third are deciduous forests. The forests are very thick. Of course, the animal world is diverse, but most often, there are deer, foxes, wild boars, martens and badgers, wolves, and hares.

In general, German nature is very diverse, and you can visit the majestic mountains, walk in the forests, for example, in the Black Forest. There are also plateaus and plains, hills and alpine highlands, lakes and rivers, so the scenery is always fascinating.

One of the natural wonders in Germany is the fairy caves in Saalfeld, located in Thuringia. Why are they unique? And it's simple - since 1993, they have been listed in the Guinness Book of World Records as the most colourful caves in the world.

What are you waiting for? Apply for Germany Schengen visa now and plan your journey to the unknown!

Perhaps, it should be noted that Germany is an ideal country for extreme sports.

If you skateboard, longboard, or BMX, there is a list of places worth visiting.

The largest skatepark Eller is located in Dusseldorf, and its area - almost 4 thousand square meters. In the capital of Germany, Berlin, for skateboarders and longboarders, as well as those who ride on the BMX, should pay attention to the abandoned airport Tempelhof, where you can depend on the runways. There is also a park, Mellowpark!, which is one of the largest sports parks in Europe, with an area of about 60 thousand square meters.

In Munster is one of the oldest skateparks, called Berg Fidel.

The city in Germany, Flensburg on the Baltic Sea has a BMX- und Skatepark Schlachthof.

St. Petersburg-Ording is one of the most popular places for kites and windsurfing. It attracts people from all over Germany and Europe for this.

For lovers of paragliding and hang gliding, there are over 900 fields in Germany, and a significant part is located in the Bavarian Alps.

Surfers gather in Munich on the Isar tributary, in the English Garden, which is located in the city centre. However, the waves here are suitable for experienced surfers.

No one can hide the fact that Oktoberfest is a world-famous festival, where every beer lover and person who wants to learn German culture wants to go. Even German people who drink alcohol are interested in getting to the festival - they brew non-alcoholic beer here.

Only Munich's breweries are allowed to participate in the festival, which brews special Octoberfest beer with a certain alcoholic degree - from 5.8% to 6.3%.

Oktoberfest is known all over the world, not only for the vast amount of selected beer of the highest quality but also for its beer tents that can accommodate up to 10 thousand people.

Augustiner's tent has a unique feature - here beer is poured, which is insisted on in oak barrels when other breweries' representative offices switched to metal barrels.

There are also tourist attractions for all tastes, from traditional merry-go-rounds, where you can ride for over eighty years, to the latest roller coasters. There is also a flea market at the festival, which has existed for more than fifty decades.

As for drinks - it is evident that the main drink of the festival is specially brewed beer for the festival, which is longer than usual, has a fortress and unique taste. You may also try different kinds of wine; there are both alcoholic cocktails and soft drinks.

As a beer snack, there is a small variety. The most famous dish and a favourite one for everyone is fried chicken, and usually, half of the chicken is served. There are also pork hams and, of course, Munich sausages - Weisswurst. They also like potato salad and pretzel-key chains.

Every year the festival is attended by more than 6 million German people and this holiday has a vast scope and is the largest festivity in the world.

5. The culture of electronic music

Initially, electronic music was born in America, or more precisely - in Detroit, but there was no development. But it was Germany that gave life and a second breath of electronic music, giving birth to many directions and a way for artists. Now Germany is the capital of electronic music and Berlin in particular. The most famous artists of this musical direction come from the Federal Republic of Germany, such as Boris Brejcha, and he is the creator of the High-Tech Minimal style. Seas Boris explodes all the world's platforms that specialize in electronic music. Also, there is Solomon, who is ethnically Bosnian, but he grew up in Germany, and now Solomon is an idol and role model for many young producers.

The most famous place of the world level is the Berghain club, located in Berlin, the capital of Germany. It is challenging to get there, and it is hard to pass the control at the entrance, but this is precisely the place where many fans of electronic music come from all over the world and dream to get there. Undoubtedly, this is a paradise for all lovers of this musical direction.