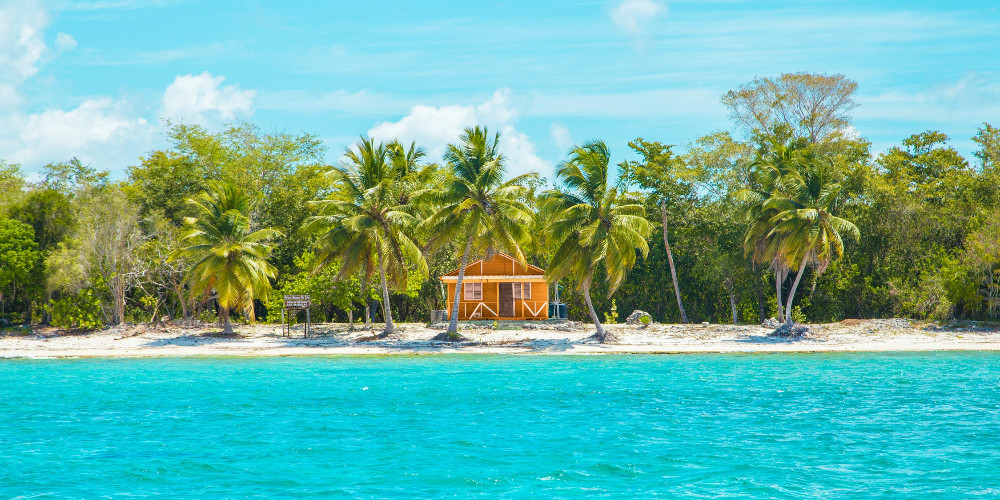 Where are the Caribbean Islands?

Before, I did not love botanic gardens

One day I fed up from watching the film “Pirates of the Caribbean” and said to myself: "I'm going to the Caribbean islands". Can’t I be like Captain Jack Sparrow?!

Where are the Caribbean Islands?

Caribbean islands located between the Atlantic Ocean and the Caribbean Sea, south of Florida and north of South and Central America.

February 2016. Before planning the trip to Caribbean islands, there was also a Venezuela option in my "Travel Menu" in addition to the Caribbean. Taking into consideration that I cannot travel to the Caribbean island whenever my heart wishes, in the end, I chose that tour plan. It’s hard to state that the nature of these islands is better than in Roraima or Angel (Anhel), as it would be wrong to compare natures with different kinds of reliefs. Perhaps the majority of you watched the film "Pirates of the Caribbean". Although all the islands I visited are not shown in this movie, those who watched the film know how beautiful are the reflected places. My travel started with the Martinique Island, which is considered to be a French land (The visa is issued by the Embassy of France in Baku. Before applying, I did not know which visa should be taken, and Pickvisa.com supported me in this matter) and as a whole, I visited 8 islands and countries in Caribbean islands.

Martinique, Bequia, Saint Lucia, Saint Vincent and the Grenadines, the Union, Mustique and, finally, the most beautiful, to my opinion, Tobago Cays. Rest on these islands, which have different seaside coasts, various reliefs and landscapes, is mainly organized by yachts. There are several ways to go to the islands. I went on a Baku-Kiev-Paris-Martinique-Paris-Kiev-Baku flight, which lasted about 14 hours. From Martinica to other islands, you can pass by yachts or local Caribbean Airlines. It was not the best choice as I was travelling between the islands by yachts, and sleeping in the sea where there was plenty of waves is not that impressive as it might be thought. If you are planning on a yacht journey as well, you have to be prepared for nausea and insomnia. But, if you just want to experience the wonderful beauty of the Caribbean islands, discover star nights, and enjoy a different journey, you should live the Caribbean days.

Before, I did not love botanic gardens

As I mentioned before, I started my journey from Martinique Island, which is more developed and possesses more infrastructure among these countries in Caribbean islands. The Island is large enough. Restaurants and hotels are relatively in large quantities in contrast with other islands. Although I do not like the botanical gardens, I was amazed by the garden on this island. Then we went to Saint Lucia. In the Soufriere town, there is an island with a volcano that is the only one of its kind to the crater of which you are able to reach by car. It should be noted that during the French colonial period, this small town was destroyed by volcanic eruption. It is probably the only capital in the world that, after the destruction, has almost been transferred to another part of the island in the same form. The next islands are Saint Vincent and the Grenadines that are located very close to each other. These are the places where most of the Caribbean pirates' decorations were located and the place where Jack Sparrow (Johnny Depp) was executed.

The next 4 islands in my trip to Caribbean islands were Bequia, Mustique and Union, and the Tobago Cays Islands. Despite the fact that they are small and have neither restaurants nor hotels, they attract an overwhelming majority of tourists (there was a small restaurant, though, if we can say so). The last island was an island with blue gulf water and mysterious shores. All these islands (except Martinique and Tobago Cays) have country status, and each of them has a separate flag. The visa stamp was put only on Saint Vincent Island. There was not any necessity on the others. As I mentioned above, the most tiring part of this journey was the sea passages between the islands. Even though the sea passages located in the distance of 6-8 hours from each other tire you a lot, in the end, the invaluable beauty you see when you reach the island will eventually disappear your fatigue.

Finally, I want to point out that I've been travelling since 2014. After every travel adventure, I figure out that I didn’t live before 2014 at all and linking every day to each other, I realize how monotonous and the same was my every single day. It’s crucial to comprehend that we come to life once, and we have to live life not only for just breathing but also to turn the desires into a plan and translate those plans into reality.

With the hope of limitless travel to everyone! 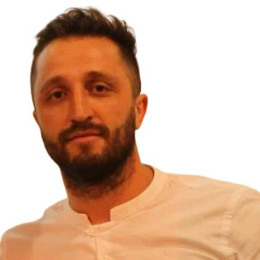 Up to Rasim, "There is no age to start traveling". As of 2020, he has visited 33 countries on 5 continents, despite the fact that he started traveling at a late age (he made his first trip at the age of 29 in 2015). He is also an amateur climber. He has climbed to Kilimanjaro, Elbrus, Damavand, Kosciuszko, Aconcagua, La Malinche, Orisaba, Shahdag peaks. From the list of visited 33 countries, his most favorite country is New Zealand, and most favorite city is Cusco in Peru. His most memorable trip is a trip to the Lesser Antilles in the Caribbean Sea, which is not so easy to get there. For him, traveling starts with a proper planning. He prepares for his trips at least 1 year in advance. He aims to help everyone in planning, choosing the right places to visit, and dispelling the wrong stereotypes about many regions (Latin and South America, Africa) with the articles he will share on this platform.