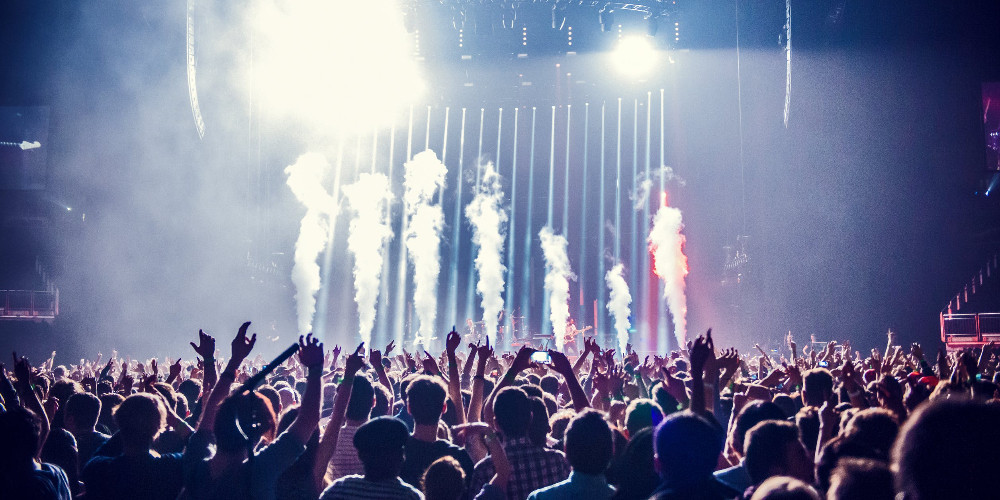 The top 10 cities with loudest Friday nights in the world

Some cities around the world are popular not only for their natural and historic beauty but also for their noisy Friday Nights. When it gets dark, these cities take off their mask and turns into a completely different place. Are you wondering what to do on a Friday Nights? Well, in my blog, I decided to introduce you to the most colourful, extraordinary, and fun cities with the loudest 10 Friday Nights.

Keep in mind that people who eat dinner at midnight will definitely go partying late. So the nightlife here starts later in comparison with other cities. However, Las Ramblas is a non-stop party area in the city. At night, the clubs and pubs are flooded with tourists and locals who look to chilling out. Opium, Shoko, Catwalk, Redroom, and Pacha are just a few examples of Barcelona’s most famous clubs. If you travel to Barcelona, make sure to have fun and enjoy one of the most popular drinks, Spanish Wine Cava, in one of these clubs.

Don’t be surprised if you come across a long line in front of clubs in Sydney, which is popular with noisy Friday nights. Especially on Fridays and Saturdays, you will think that all the Aussies flocked to the clubs. The most popular clubs in the city are Ivy, Home Bar, and Marquee.

Prague is one of the best party cities in Europe. The Czech capital, Prague, is a place worth visiting for many reasons. During the daytime, you can explore examples of the world’s most famous Baroque and Gothic architecture, and immerse yourself in a different life at night. You don’t even notice how time flies while enjoying the nightlife in these clubs, crowded with locals and tourists. M1 Lounge Bar & Club, MeetFactory, ZlatyStrom, Cross Club, and DoubleTrouble and others are examples of the most popular nightclubs here.

What the blog will be, if not to mention the clubs in Russia. Locals consider the nightlife not as an activity but as a necessity. St. Petersburg is one step ahead of other cities in terms of nightlife in the country. Imagine that the clubs and bars here are open to the visitors on weekends, but every day of the week. Locals go to the clubs at least 3-4 times a week and having fun, which lasts until the dawn. It is possible to find a club for every taste here. However, Behemoth, Del Mar, Rossi’s Club, Santa Barbara, Buddha Bar, and many more are visited.

Amsterdam, the capital of the Netherlands, is a vibrant and party city not only during the day but also at night. During your visit to Amsterdam, you can enjoy the sights of the cultural capital, and dance for hours in noisy clubs in the evening. The city’s best-known location, the Red Light District, is home to some of the world’s most popular nightclubs, attracting tourists.The highly recommended clubs for getting lost in the Friday Nights music and enjoying the night are Paradiso, Escape, Jimmy Woo, Trouw and Studio 80, etc.

London, one of the well-known and highly best party cities in Europe, has a very colourful nightlife. It has so many choices in terms of nightclubs that you will find it challenging to make your decision. It is worth noting that these clubs may not be suitable for every budget, as the city is pretty pricey. The busiest nightlife places are Soho, Mayfair, Bloomsbury, and Camden. Fabric, Tiger Tiger, Coco, and many other clubs are examples of clubs where you can go crazy on one of your Friday nights.

Although Bucharest was one of the cities with the most strict communist regimes in history, it underwent a rapid change in a short time. The city has changed so much that it is now one of the towns with the busiest clubs in Europe. It turns into a very radiant, fun, dynamic city and offers you activities that will appeal to every taste after sunset. Travel to Bucharest, if you want to party till dawn, listen to live music Friday Nights and dance, and have an unforgettable night. And unlike some other European countries, the nightlife and many other activities will be affordable for all. An example of this is Crystal Glam, a winner of the title of the best club in Romania and ranked 28th among the top 50 DJs club in Europe. Moreover, Silver Church Club has one of the best live music, Gaia Boutique Club, which hosts various themed events, and many other clubs are the best choices to have fun until the sunrise.

Berlin is one of the best party cities in Europe, where Friday nights last until the morning. Therefore, you may have to wait for hours before you will be able to access clubs. And even if you come close to the door, it does not mean that you will get in. You have to think twice before getting in. Are you ready to party in the clubs where there are no boundaries? Still, there are some key points to know before going to night clubs in Berlin. Do not stare at anyone even though you find their appearance weird. You shall also have a different, more precisely club-style dressing. Also, don’t try to get in as a group, as this will reduce your chances. Berghain is one of the most popular clubs here. Berghain, known as the best club in the world by the party lovers, is a rare club where some people get in and leave 2-3 days later. If you were able to get into a club, be sure, it would be your first and last incredible and unforgettable nightlife.

Beirut, the capital of Lebanon, is a culturally diverse city. In Lebanon, with a total population of about 5 million, half of the country’s population lives in Beirut, making it one of the towns with busiest Friday nights in the world. Keep in mind that the most amazing Friday Nights in the city are in the neighbourhoods near Downtown. Musichall is one of the examples for such clubs in Beirut, the Paris of the East. Musichall, where more than 10 DJs perform throughout the night, has a large area where you can dance and have fun until the morning. Another place to party in the city is B 018, Beirut’s most famous underground club. A unique club that you will not see on the streets of Beirut is located underground. The most exciting event occurs in the morning in the hypogeal-style club, where the partying lasts all night. The ceilings of the club suddenly open, and you can watch the sunrise in this way.

New York is one of the best party cities in the US. New York, a city that amazes all with its day, nightlife, and NYC Friday Nights, is the first destination all Friday night seekers go for. New York – the sleepless town, is home to the clubs appealing to every taste. However, it is not easy to access these clubs as it might be seen. There is a dress-code. New York, which has become the United States’ party centre, is one of the places where disco culture originated. Webster Hall, Cielo, Marquee, Santos Party House, and The Wall are famous places. In general, you can come across several clubs in almost every corner of the city.