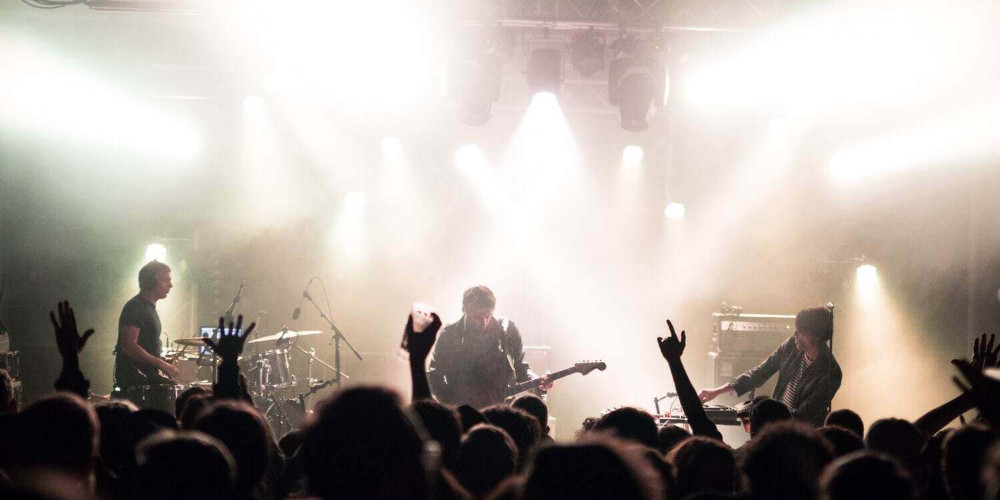 Are you wondering what to do in Mexico City? Well, Mexico can hardly be called the world centre of club life, but this metropolis boasts a great variety of dancing establishments. It has a lot of modern nightclubs, disco bars and dancing rooms, where electronic, alternative, Mexican and Latin music is played. In Mexico, everyone will be able to find something of their own, to feel the spirit of this colourful city. Best clubs is one of the best things to do in Mexico City. We have selected the best top dance clubs in the capital of Mexico, suitable for any budget and musical preferences. Get your Mexican visa now and experience the true fun!

It is one of the oldest clubs in the metropolis; its doors have been open for over 10 years. AM Local gained popularity due to its low prices and flexible dress code. The facility is located in La Condesa's bohemian district, where many capital's best clubs are located. AM Local's dancing rooms are located on three floors, each of which has its own unique atmosphere. Here you may listen to such musical directions as house, techno and electronic music. Neon lights, DJs from all over the world, a stunning outdoor terrace on the top floor - all this makes AM Local one of the top clubs in Mexico City. The facility is open from Wednesday to Saturday from 23:00 to 7 a.m.  Phone: +52 55 2079 1283 Address: La Condesa, Avenida Nuevo Leon 67, Mexico Nearest metro stations: Sevilla, Chilpancingo

Patrick Miller is the largest and most crowded nightclub in Mexico City. Residents of the Mexico capital affectionately call it "El Patrick". There is no restaurant or bar, so people come here only to dance. The club sells only water and beer for special tokens. And you will definitely buy them, because, after midnight, it gets very hot in Patrick. DJs play music from the 1980s, 1990s and 2000s. The facility's visitors are diverse - from local youth and cab drivers to foreigners and bohemians, people of all ages come there. Patrick's distinctive feature is "dance battles" - some dancers challenge others, arranging competitions between them. All this causes a lot of fun and emotions. Patrick works on Fridays from 22:00 to 03:00 a.m. It is best to come here at midnight when the audience will be warmed up enough. Phone: +52 55 5511 5406 Address: Merida 17. Roma, Mexico Nearest subway station: Cuauhtemoc

Mexico would not be Mexico if there were no Latin music here. If you want to feel the spirit of the country, then you should definitely visit Mama Rumba. After all, this is one of the best salsa dancing clubs in the city. And no problem, if you can't dance, you will be for sure taught there. On Wednesdays at 20:00 in Mama Rumba hold free classes for beginners. You can learn a couple of movements, and then in the evening to see them performed by professional dancers. In Mama Rumba plays live music, after 10 p.m. it becomes very crowded. You do not even have to dance; you can just sip mojitos or margaritas, these indispensable attributes of Latin dancing, and watch how hundreds of people in a frenzied rhythm merge with the rhythms of music. Phone: +52 55 5564 6920 Address: Queretaro 230. Col. Roma Norte, Mexico Nearest subway stations: Hospital General, Chilpancingo

This fashionable and modern nightclub at the address is quite difficult to find, as there are no signs, but the locals know it well. Leonor's DJs mix different styles - disco, funk, and modern dance hits. Leonor works from Wednesday to Saturday until early morning. Waiters are polite; drinks are mediocre. But visitors come here to dance, not drink. Leonor is undoubtedly among the best clubs in the capital. Phone: +52 55 5212 1018 Address: Nuevo Leon 163, Mexico Nearest subway station: Chilpancingo

Salon Pata Negra is considered the most popular salon in the city with live music. The menu is small, and the drinks are expensive, but the atmosphere will not leave anyone indifferent. The club has two lounges, one for eating and socializing and one for dancing. There is a wide variety of music. It is best to come here in advance, this place is very popular, and after 22:00 you won't get to Pata Negra. There will be a huge queue at the entrance. And this is not surprising, because the top clubs are always crowded. Phone: +52 55 5211 5563 Address: Av. Tamaulipas 30, Mexico

It's hard to imagine top Mexican clubs without this place. For a long time, Mono was the most popular and favourite club in town. It is located in the La Juarez district, in the ancient house of the 19th century. Here DJs from all over Mexico and other countries organize loud international parties with dancing until dawn. It's best to come to the club closer to 2 a.m. when the audience of the facility is already quite warmed up. Mono is played mostly with electronic music. Prices are average, but the club is often overcrowded, especially closer to the weekend. Do not be surprised if you see a long line at the entrance, as there is strict face control. Mono works from Wednesday to Saturday from 23:30 till dawn. Phone: +52 55 2030 8425 Address: Juarez, Versalles 64, Mexico Nearest subway station: Cuauhtemoc

This club is one of the old-timers of the Mexico capital; it was opened back in 1992. Since then, it has undergone many changes, but it is one of the best places in the city, where musicians and DJs play rock, pop, r&b and hip-hop. The institution works on Fridays and Saturdays from 23:00 till dawn. Sometimes here various events and concerts are held. The food here is tasty and has relatively low prices, and the atmosphere is friendly. But on weekends there are many people in Bulldog Cafe. Phone: +555 611 8818  Address: Calle Rubens 6, Benito Juarez, Mexico Nearest subway station: Mixcoac

Club M. N. Roy is located in the heart of the prestigious district of Roma. It is one of the best exclusive and expensive places in the capital of Mexico. The facility is named after Indian Communist and revolutionary Manabendra Roy, one of the active figures of some movements. Excellent electronic music is played in M. N. Roy, and there is a wide choice of author's cocktails. But the prices in the club are high, and it's quite difficult to get there. To do this, you must either have a membership card from the club or friends who have it. It is also possible to get into the club by appointment. Phone: +52 55 6681 0348 Address: Merida 186, Cuauhtemoc, Roma, Mexico Nearest subway station: Hospital General

This club is conveniently located in the central Roma district, next to the famous Glorieta de la Cibeles. Like many other similar clubs, Social Rhodesia is located in an ancient mansion whose appearance leaves much to be desired. But inside, the building is completely reconstructed. The club's three floors feature diverse music - pop, rock and modern dance hits. Club's atmosphere is relaxed, and its price policy is loyal. Due to this fact, Club Social Rhodesia always has a lot of people, and there are large queues at the entrance. Phone: +52 55 5533 8208 Address: Callede Durango 181, Roma, Ciudadde Mexico, Mexico Nearest subway station: Sevilla

This place completes our ranking of Mexico City's top clubs. Marrakech is a good restaurant with excellent and inexpensive local food. It is located in the heart of the city, next to Gustavo Madero Street. The facility has a pleasant modern interior and reasonable prices. As a restaurant, it is popular among locals and tourists. But in the dark time, Marrakech turns into an LGBT nightclub. Coming there in the afternoon, it is even hard to imagine what this facility looks like at night! The club is popular among people without any special prejudices and complexes that like to listen to good music. DJs play both local Mexican hits and modern music. The drinks in the club are cheap, and the atmosphere is energetic. In Marrakech club, it is always noisy, fun and crowded; most visitors dance instead of sitting. Despite the fact that this place is designed for gays, there are always many people of any sexual orientation. Marrakech 2.0 works from Thursday to Saturday. The club opens at 18:00 and closes at 3 in the morning. Phone: +52 55 2522 5315 Address: Calle de Filomeno Mata 18. Centro, Cuauhtemoc  Nearest subway station: Allende

Mexico is famous for its diverse and bright nightlife, so this list of the capital's night facilities is far from being full. You may find a variety of best clubs in Mexico City - discos, bars with live music, dance halls, salsa clubs, saloons, and bars. The best clubs of the Mexico capital are open from Wednesday to Saturday. But from Sunday and Tuesday, many establishments are closed. The most popular days are Friday and Saturday. It is at this time that most people go to the clubs, and institutions are overcrowded. You may also have to stand in a long queue to get inside.  Visitors usually start pulling up somewhere near 23:00. Prices are different everywhere, but on average, a visit to a nightclub can cost about 70-80 dollars per person. In some places, girls are free to enter. Most tourists prefer to visit clubs located near the hotels where they stay. Many prestigious hotels have their own clubs and discos.

- Mexico is not the safest country in the world, and the crime rate is quite high. There are many pickpockets in the city that hunt for the wallets of foreigners. You should be careful when calculating both cash and cards, as they are often stolen. Some institutions may sell drugs in the toilets. Try to stay away from these people; it may be unsafe. - The best clubs in Mexico City are mostly concentrated in two districts of the capital, La Condesa and La Roma. If you rent a hotel in another district, it is better to use cab services, such as Uber, to move around the city at night.

- In many night clubs in Mexico City, there is strict face control at the entrance, and there are long queues. Local bouncers are called "cadenero" and can be rough. Try to behave politely with them and not to go into conflict. Even if you are not let in for some reason, do not be upset. Mexico is large, and Mexico capital has many other interesting places. But in practice, well-dressed foreigners can get inside the club easier than locals. - If you look too young, you will be asked to show your ID card. If you are under 18, you will not be allowed inside. - During quarantine due to coronavirus epidemics, nightlife hours may be different from what you see in this article. It is better to clarify the information in advance on the phone numbers provided.

Topics
Apply for any visa in two clicks!
Nightlife
Do you want to get a Mexico visa easily?
Get your visa now 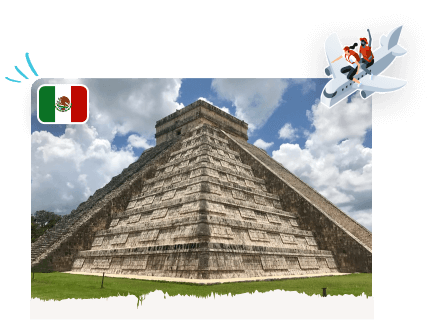