10 countries with the highest level of education 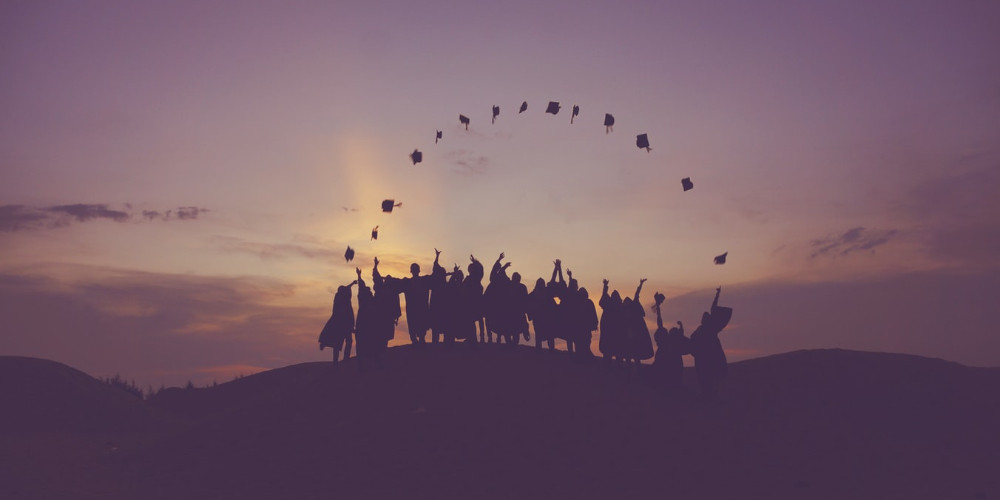 Education is a factor that affects success not only individually but also globally. The effect of education on the development of science, countries' story, and their welfare cannot be denied. Countries that do not attach enough importance to education can easily accept foreign teachings, beliefs, and habits and have difficulties in development. After understanding the material, moral, individual, and social importance of education, the first goal should be to eliminate the education system's deficiencies. Although it is a general opinion that the education system in the West is very good, some eastern countries are at the top of the list in terms of the level of education in recent analyzes.

Let's examine countries with the highest level of education:

If we talk about the highest level of education in countries, then it is quite acceptable to start with Asia's countries. South Korea is generally a country that has a hard work habit. Because academic performance is so important, students dedicate themselves to studying. A system that is fully supported by an exam culture. Abilities are not taken into consideration. South Korean education system is organized as 6 + 3 + 3 + 4 years, the first two stages of which are compulsory. Students go to school 7 days a week. Pre-school education and high school are not compulsory. Universities choose their students. The Korean government allocates very high budgets for education and sees education as a very serious business. As such, South Korea inevitably has the best education system and the highest education level in the world.

Japan, which has a technology-based education model, has used this situation very well and has shown its importance to education, especially with the budget it allocates to pre-school and primary school students. Japan implements a very different education system compared to many countries in the world. Japan, which attaches importance to moral development, educates children in third grade without examination to support their moral development. At the same time, non-attendance is almost nonexistent in the education system, which stands out with its discipline. Schools do not have caretakers; students do the cleaning. University exam is the most important exam that determines the course of their lives.

In Singapore, where primary school education is of great quality, education is among everyone's priorities regardless of age. Singapore, one of the most widely accepted education systems globally, accepts mathematics and science courses as the main subject. Students with the world's best results in science and mathematics come from Singapore every year. Singapore mathematics is also very popular in terms of the materials used and how education is delivered.

They believe that education is one of the most important factors affecting life, especially the economy. They think that it is necessary to develop, be crushed, and be destroyed, and the only way to do this is education. Countries around the world try to take Singapore's mathematics and science education as an example. There is no exam-oriented education. With its education system that emphasizes 21st-century skills and values such as self-awareness, relationship management, responsible decision-making, it ranked high in OECD education reports.

Maintaining the British education system to a large extent, Hong Kong is among the exemplary education systems in the world in terms of quality and content in primary, secondary, and high school education. Cantonese dialect of English and Chinese are the education languages of the country. The whole system is focused on exams. Students grow up with exam pressure. 94.6% of the population is literate.

One of the most important features of the Finnish education system is teacher quality. Often, the country's most successful students can become teachers, and not only is their success at school sufficient, but also extra-school activities are taken into account. Its curriculum that supports innovations, autonomous schools, and extra-curricular activities provide a successful education system. Students receive an average of 4 hours of lessons per day. There is no exam in the education system. In general, Finland has always been distinguished by the highest level of education.

The United Kingdom is home to four of the world's top 10 universities, including Oxford University. This makes the United Kingdom one of the first countries when you think about answering the question "What is the highest level of education?"

The prestige of education received in this country is beyond doubt. Leading global companies are eagerly recruiting graduates from British universities. A wide range of disciplines and age-old traditions combined with modern technology make the U.K. one of the most popular educational destinations in Europe. Separate governments run the education system in some parts of the United Kingdom. The United Kingdom's prominent government is responsible for the education system in England, where, like other regions such as Scotland, Wales, and Northern Ireland, are governed by their respective governments.

This list will be incomplete without Canada if we are talking about the highest education level in countries! In Canada, where the language of education is English and French, people follow compulsory education until 16 and in some regions 18. The population's literacy rate is 99%, and this clearly shows us that the level of education in Canada is very high. There is no central education system in Canada. States create their education systems. Compulsory education is 10 years, and there is no exam during the transition from primary to secondary education. In primary and secondary school curricula; It aims to gain learning skills in literacy and communication, problem-solving, human relations, and technology. In Canada, where an academic year is 180-190 days, if the government increases its financial support for pre-school and primary school education, the country will see the firsts in the world ranking.

Although the world's economic giant is home to prestigious universities, it is among its rivals in terms of education quality. In America, which has an education budget of 1.3 trillion dollars, the literacy rate of the people is 99%. In the country with 81.5 million students, there are approximately 38% of students starting primary school, and 26% starting secondary school every year. The number of students who continue post-secondary education is around 20.5 million every year. American citizens receive a free education until high school.

In Australia, where English is adopted as the language of instruction, 99% of the people are literate. While more than half of the people have at least a secondary school diploma, approximately 35% of them have a high school or above diploma. In the lists prepared by different institutions on education, Australia is among the top 10 in the world in the fields of reading, science, and mathematics. The list goes on and on, including the Netherlands, Sweden, Switzerland, Denmark, France, Norway, Taiwan, Belgium, New Zealand, Israel, and many other countries with highest level of education.

So how do these countries get the chance to rank high in the OECD rankings?

1. They care about the individual differences of students

2. They create an education system in accordance with world standards

3. They make sure that teachers are prepared and successful

4. They ensure equality in education

5. They provide training to increase the performance of students and teachers.

In conclusion, I would like to present the statistics of the most educated countries in the world: