20 most dangerous places to travel in the world 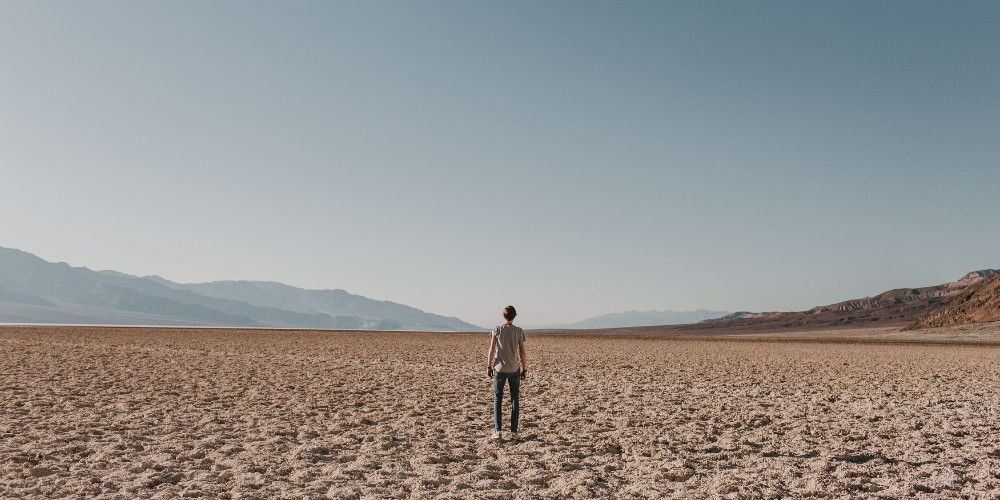 We are starting with one of the most dangerous places in America. Death Valley is a desert valley located in Eastern California. It is part of the Mojave Desert. The area of the region is 7800 square kilometers. If we consider our world as a home, we can call Death Valley the furnace of this home. The highest natural temperature recorded on earth was recorded in this valley (56.5°C) and you can only survive for 14 hours without water in this valley.

50°C heat, countless active volcanoes, hot springs running out of toxic gases, and an incredibly beautiful landscape… This makes this place one of the most dangerous places to travel in the world. Many people call this terrible place "Hell on Earth", but every year hundreds of adventurous visitors come here. However, it is strictly forbidden to travel here on your own unless you have an experienced guide.

This summit has gone down in history as the summit where the fastest winds in the world were recorded. The speed of the wind averages 327 km/h and it's hard to imagine it. It is also one of the deadliest spots in the world, with temperatures down to -40°C. This place is not only one of the most dangerous places in America, but also the whole world!

Located in Indonesia, this active volcano erupts almost every year, spreading death to surrounding settlements due to the gases it emits. Earthquakes occurred in many countries such as Indonesia and Thailand when it last erupted. This dangerous volcano gushes lava into its surrounding areas every few years. The most recent lava gush was in February 2018. Large ash clouds were striking and it was observed that these clouds spread as far as Australia. This is one of the most dangerous places in the world!

If you have friends with ophidiophobia and if they ask you, "Where are the most dangerous places on earth?", then this is place will definitely be their nightmare! As the name suggests, it is an island full of snakes and the Brazilian government has banned the island. It is estimated that there are, on average, 5 venomous snakes per square meter. Bothrops - the world's most venomous snake is also here. Can you imagine that you are in one of the most dangerous places on Earth?

Although it gives a wonderful park impression, this park is one of the most dangerous places in the world. Because the region is home to the world's most dangerous and aggressive animals, as well as the world's deadliest bacterial fauna. You may enjoy the gorgeous view, but contact with any plant or even a minor injury can cause fatal infections.

Another Death Valley? Kikhpinych is a stratovolcano located in the eastern part of the Kamchatka Peninsula, feeding the famous Valley of Geysers. This valley is different from the other, even more deadly. The toxic gases scattered in the air in this valley cause immediate death of plants and animals, and people suffer fatal diseases. I think this place can be called one of the most dangerous places to travel in Russia.

Before the Second World War, the atoll was known as the German name Eschscholtz Atoll. With a deep blue sea and a wonderful beach, it looks like it was out of paradise. However, Bikini Atoll has hosted numerous nuclear testing programs that have turned the island into a radioactive wasteland. This situation makes the region extremely dangerous for both humans and all living organisms. There is such a high level of radiation that you can get cancer at any time.

After the Bermuda Triangle, we are faced with another triangle. This area, close to the summit of Erta Ale volcano, hosts 2 pools that are constantly filled with lava due to earthquakes in the world, and each earthquake makes this place even more dangerous. What will happen in the end? Nobody knows that.

The dense salt layer on the surface of the lake causes the death of people who come into contact with this lake. The very strong hydrogen sulfide gas emitted around it can also cause enormous damage. You can imagine that swimming in Lake Natron is strictly prohibited.

This 1 km deep pit is called the deadliest pit in the world. Adrenaline enthusiasts and climbers who make Gouffre Berger Cave in the south of France a haunt cannot take their eyes off the splendor of this cave. Gouffre Berger Cave, which is also called 'underground paradise' by those who managed to descend to the floor, has cost the lives of 6 people so far.

It is a poisonous lake formed as a result of an extinct volcano crater filled with abundant rainfall. Thanks to the constantly boiling magma, the carbon dioxide transmitted to the lake from underground causes massive explosions and eruptions in the lake, and every living thing within 20-25 km is poisoned. That is why this place is marked as one of the most dangerous places to travel in the world.

Starting in 1951, the Soviet Union used Karachay as a dump for radioactive waste from Mayak. In 1968, radioactive clouds of dust carried by the wind from the bottom of the lake, which dried up as a result of the drought in the region and exposed half a million people around to radioactivity. It has been identified as the most contaminated place in the world by the Worldwatch Institute. Even standing around this nuclear dump for 10 minutes infects you with a lethal dose of radioactive poison.

It is considered the most dangerous of all the roads on earth and is called the "road to death". Although it is at an altitude of 3600 meters, it does not contain any barriers around it. It is extremely foggy, rainy, and narrow. On the road, an average of 1 person dies a day.

Elephant Kingdom is located in Thailand. But elephants are not the animals responsible for threatening tourists in this area. There is a crocodile farm in this place. The owner of this farm aims to provide a tourist experience where people can feed the crocodiles from the rafts. Rafts are partially closed but have a very poor network securing this.

Caracas, the capital of Venezuela, a South American country. The city is located in a narrow plain that is separated from the Caribbean Sea near the north of the country by mountains reaching up to 2,130 meters and curving between the mountains on either side. In 2015, it ranked first in the list of cities with the highest violence rate in the world with 120 murders per 100,000 people. In the last two years, 2 thousand 980 people died as a result of murder in Caracas.

Another dangerous place on earth is Peshawar. The ongoing war of supremacy between tribes and dictators has made this place a brutal place. Peshawar is not safe at all, especially for tourists. Although the city prides itself on its parks and landmarks, everything is losing its value with its ready-to-attack forces and suicide bombers. This makes Peshawar one of the most dangerous cities in the world.

Sana is like a bomb ready to explode at any moment because it could not stabilize politically. Also, women need to pay attention to their dressing, not to miss the knee and elbow size, so it will always be more beneficial to go with a tour. The old protected buildings and architectural textures of the city make you feel the time of peace in the past.

Africa has a long history of violence and war in general. Nairobi is a city that has suffered seriously in recent years. It is crazy to walk here especially at night, and traveling alone is extremely dangerous. Al Shabaab militants are a constant threat. If you do not want to be robbed, and worst of all, you do not want to be hurt, be sure to wait for the sunlight and determine the way you will go.

We are finishing with the most dangerous places in Mexico. Acapulco is one of the most popular destinations in recent years, but for a few years, it has been able to host only a handful of tourists, so to speak. Drug cartels pose a serious problem here.

Mexico is generally not safe for travel. It can be said that things have gotten worse in the last decade. This country is really dangerous, has a high crime rate and delicious food. But the Chihuahua has a special side, it is the route of cocaine and drugs to the US, so the cartels are more of a dominant region. I am sure that the most dangerous places in Mexico do not end there.