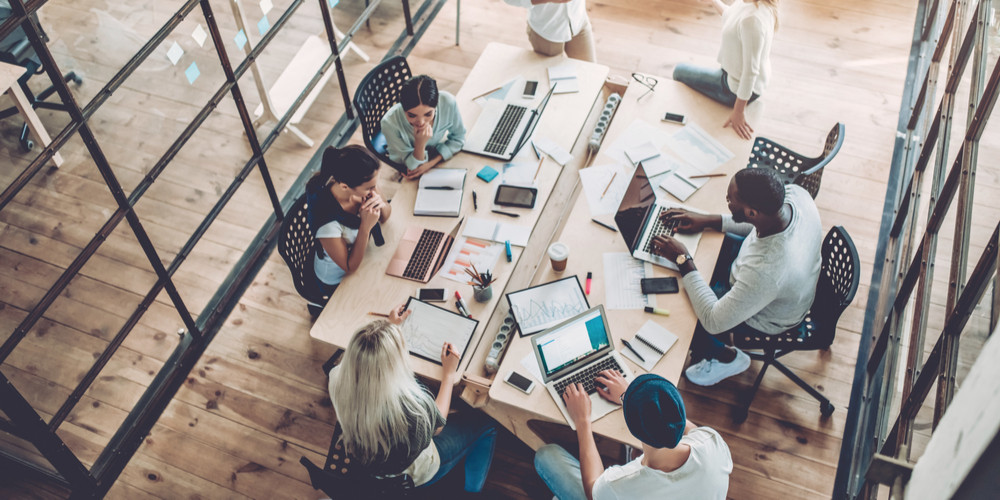 In recent years, more and more European countries have opened their doors to global business representatives, and they are opening their doors more and more widely. Meanwhile, as it becomes more difficult to open a business in Russia, it is no wonder that many entrepreneurs want to start building their businesses in Europe.

Among all the EU countries, the Estonia Startup visa for foreigners is very popular. It is one of the European countries that most favourably treat startups and entrepreneurs worldwide.

The Estonian start-up visa for foreigners is one of those doors to Europe that is open to all those who want to start their own business and get a residence permit. It is only necessary to interest the so-called "startup committee" - it is he who takes the main part in this issue.

Nothing will convince you that this program is worth it more than its indicators. During its relatively short period of validity, it received more than 1,000 applicants, and this is one of the best indicators in the entire European Union.

The Estonia Startup visa for foreigners is valued because it has great opportunities for both life and business functioning. The country offers the opportunity to move with your family, get a long-term Estonian residence permit, and apply for citizenship. And most importantly, Estonia has good support from the state and local organizations.

Let's start with the obvious – it applies not only to Estonia but also to any EU country offering a residence permit. Starting a business in a country that offers a program for a European startup is a good and relatively fast way to immigrate to Europe.

As practice shows, Estonia gets the easiest visa from all EU countries, and this is especially true for residents of Russia and the CIS. So, most people who make a Schengen visa for themselves do it in Estonia. Here it is approved in 95% of cases.

The Estonian start-up visa for foreigners is not only a permit to conduct business in Estonia but also the right to move freely throughout Europe. In addition, this implies doing business in all European countries on more favorable terms than doing the same thing in Russia.

Another important point is that Estonia generally treats foreign entrepreneurs well. This is confirmed by the statistics on the use of the Estonia startup program, as well as the constant adjustments that are made to it. Estonian people carefully study the progress made through their main international business program, draw conclusions and endlessly modernize it.

Because of this attitude to business, there is another reason to open a business in Estonia-the strict conditions for regulating entrepreneurship. Competent management of this area makes Estonia a country with a low level of unemployment and corruption. Constant support and mutual assistance do not allow business to bend under the pressure of other structures.

It is also important that Estonia does not impose any restrictions on foreign business. In other words, foreign entrepreneurs have exactly the same rights in Estonia as citizens of the country in the tenth generation.

Another important point for some startups: to fully conduct business in Estonia, it is not necessary to live in it. You can also do business remotely: the main thing is that the company has a designated director and it functions.

As we have already found out, foreign startups in Estonia operate on the same rights as companies born within the country. Accordingly, everyone who wants to build an Estonian business will not be amiss to learn what forms of organizational ownership exist in this country in general and how income is distributed.

In some cases, the income tax may even be equal to zero percent – if all the profit is invested in the development of the company. For the development of a startup, especially if it is planned on a large scale, this is the main cherry on the cake.

Estonia also has an extremely low land tax – 0.1-2.5%. And if the company has property, it is not taxed at all. We come back to the fact that Estonia has all the opportunities for rapid and favourable business development.

The above applies to all types of business that takes place in Estonia – there is an extremely simple, clear and transparent tax system. The forms of organizational ownership in Estonia are also not very different from each other, and they are as follows:

A form of organization founded by one or more people. A good option for a startup that immediately aims for a large scale. The minimum authorized capital is 2.5 thousand euros.

In contrast to the previous version, the joint-stock company should have a clear management board structure. It is popular, but most often such organizations arise within the country due to the complexity of their structure. The minimum authorized capital is 25 thousand euros.

There are no requirements for the authorized capital and a much-simplified accounting system compared to the previous versions. It is easy to guess that this type of organization is the most popular as in Russia.

As mentioned above, Estonia Startup visa is the national Estonian program Startup Estonia, which appeared in 2017. First of all, it is aimed at entrepreneurs who are related to advanced technologies, electronics, computer science and biotechnologies by the nature of their activities. Not the least role in this selectivity is played by the fact that IT and electronic technologies in the country have already penetrated into all spheres of life of the country.

But the subject of business is not a prerequisite. All applications for business in Estonia are considered by the Startup Committee, which decides whether the country and its citizens need a product, as well as how worthwhile it is. After that, if the product or its prototype proves to be at least minimally viable and useful, you can already start on the long path of becoming a business in Estonia.

Startup visa Estonia is not only foreign startups but also companies that have been registered for a long time and feel good in the country. In the event that they want to get a foreign specialist on their staff, they can apply to the same Startup Committee.

To take advantage of this opportunity, you only need to submit an application to the same committee. If approved, it will be possible to attract employees from other countries on preferential terms within the next five years.

It is the first step for obtaining a startup visa to Estonia. Here you need to consult with an Estonian lawyer, who will consider the possibility of implementing the proposed business plan in Estonia, weigh the possibility of opening and developing. The main thing is to have an innovative high-tech product that will theoretically interest the Estonian commission. The consultation with a lawyer will take approximately one week.

It can take from 7 to 10 days. If the decision is positive, the commission will send an individual number, which means the business's approval and the fact that the Estonia Startup visa is approved.

This stage will take another week to ten days, and it will no longer be possible to conduct it remotely. Registration is made in Estonia, with an Estonian notary. The only exception is the owners of the e-resident card. With this card, you can not only conduct business online but also conduct reporting via the Internet. But you also need to get this card in Estonia, having gone through a long way of its registration.

When the company is established and the startup visa to Estonia is fully operational, you can get a residence permit. It is desirable to conduct this process on the territory of Estonia, but it is also not prohibited if it takes place in any other country. It will take about two months.

Now the most important part. Start-up visa to Estonia is the easiest to obtain visa in the European territory, but it also requires a certain set of documents. Namely, the following list:

It must be personally signed by the applicant. Either printed on a computer or handwritten in block letters. Format and form do not play a particularly strong role.

The main thing is that it should not be older than 6 months.

It must be issued at least 10 years ago, and have at least two blank pages. The validity period must end at least 3 months after the country's stay or departure from the Schengen area.

If the applicant has already visited the Schengen area, it will be required but used a now expired passport. If a visa to Estonia has not been issued before, it is not necessary to present it.

A common standard for all EU member states. These documents required for Estonia visa will be required if the applicant has a different country of residence and citizenship. Again, the validity period should not exceed three months after the date of the intended departure from Estonia.

The minimum coverage is 30,000 euros. This is due to the fact that she is obliged to cover any unexpected expenses that may occur during the trip to Estonia. These are any suspected injuries or possible emergencies. It is also important that the insurance is valid throughout the entire Schengen area.

They must confirm that the income is at least 4.5 euros per person per day.

Topics
Apply for any visa in two clicks!
Visa
Do you want to get an Estonia visa easily?
Get your visa now 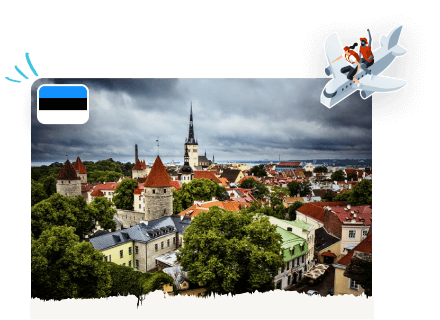