11 most extraordinary hotels in Ethiopia 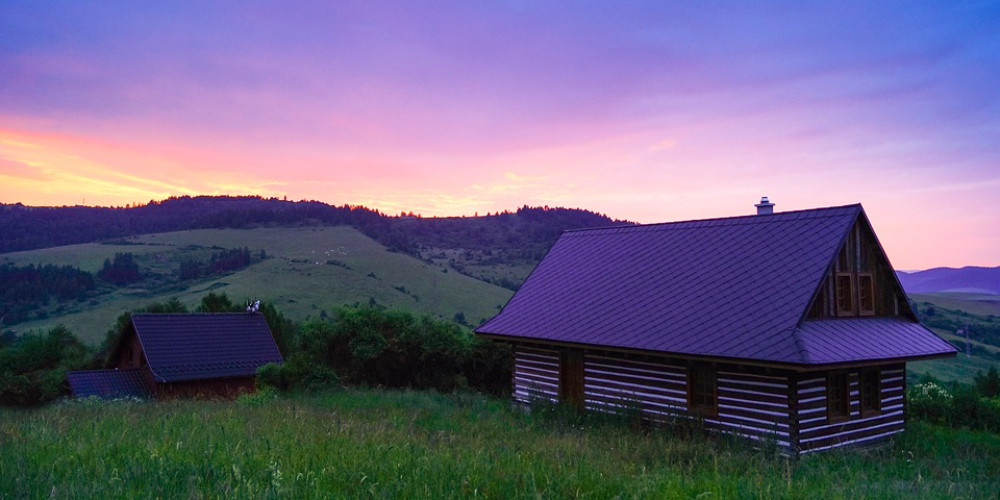 Why should I go to Ethiopia?

In fact, the climate in large part of the country is quite mild. Ethiopia is the highest mountainous country on the African continent and the average daily temperature in the mountainous areas during the year ranges from +15 to +25 degrees. But Ethiopia is also one of the hottest places on the planet. This is the Danakil Basin in the Danakil Desert. The temperature there can reach up to + 63 degrees. And the desert itself attracts travelers with its truly cosmic landscapes and unearthly colors. Tourists go there to see the Dallol volcano, which is located below sea level. Around it, salts of iron, manganese, etc., are washed out to the surface. They curiously freeze on the surface, forming alien compositions of unreal colors. Salt columns can "grow" up to forty meters in height. Astronomers claim that this is similar to the landscape of Jupiter. The nature of the country is as diverse as the climate. There are rainforests, savanna, and deserts here. Pushkin is really remembered and honored there. In the capital of Ethiopia, Addis Ababa, there is a street of A. S. Pushkin, and in the courtyard of the National Museum, there is a bust of the poet. By the way, there are Ethiopian hotels where the staff speaks Russian. The Ethiopia population is multinational (about 80 ethnic groups). At the same time, more than 60% of it professes Christianity. The city of Lalibela is the oldest center of Christianity. There you can see eleven ancient churches carved into the rocks. The churches are active and are connected to each other by underground passages. At the same time, in Ethiopia, in the Omo River Valley in the National Park, authentic tribes live, leading an almost primitive way of life. The most famous of them is the militant Mursi tribe. The women of this tribe wear huge clay plates on their pierced lower lips. The tribe has preserved primitive customs that are wild for an ordinary person. And these are not "staged performances" for tourists. It's just how they live in their primitive world, their own life, incomprehensible to us. Most likely, they were preserved due to the fact that Ethiopia, unlike other African countries, was not colonized.

is a part of the culture and everyday life. Coffee is made both in Addis Ababa and in the Omo River Valley. In coffee shops, there is a whole coffee ceremony - "buna." And the cities are saturated with coffee aroma: the beans are fried in the streets in large pans and immediately brewed in very exotic coffee pots, pouring into tiny cups. This country has a lot of interesting, sometimes exciting and wild, natural and historical places that are worth seeing. It is better to go here for those who want to learn something new and unusual, who need a "reboot." Go rafting on a bamboo canoe on the river with crocodiles, feed pelicans. Make your way along a narrow path to the entrance to the rock temple in the mountains near Havzen. And then to communicate with the primitive pagan tribes. If you are looking for comfort - you are not here. Most of the comfortable hotels are located in major cities. And most of the five-star hotels are in Addis Ababa, the capital of Ethiopia. And in many places, there are no hotels or guest houses. When traveling there, travel agencies usually try to provide their clients with a tent camp with all possible amenities.

Hotels in Ethiopia are private and public. State-owned hotels for foreign tourists are not very profitable. And their price and "stardom" do not always correspond to the services that you can get there. Sometimes a private three-star hotel will be much cozier, cleaner, and the kitchen will be better. Room prices often change depending on the season. In general, Ethiopia lives its own unusual life. Here, even the calendar is different: Instead of the usual twelve months of the year, there are thirteen in the Ethiopian calendar. And the new day begins not at midnight but at six o'clock in the morning. Almost all extraordinary hotels, even at the European level, feel the local flavor. But there are Ethiopian hotels that attract visitors not so much by the level of service but by their "highlights." Here are the top hotels of the most unusual, in our opinion.

The first and oldest hotel in Ethiopia is located in Addis Ababa, the capital of Ethiopia. This is the Itegue Taitu Hotel 3*, a place with a special magnetism. It was founded in 1898 during the reign of Emperor Menelik II and his wife, Taitu Betul. Where exactly did the name of the hotel come from? The building in the old colonial style is imbued with the spirit of those times. Even the furniture here is a historical monument. And this is despite the fact that in 2015 there was a fire in the hotel, and part of the premises was restored. Very colorful interior design and good Ethiopian cuisine attract tourists. The comfort is minimal. But many come back here again when they come to Ethiopia.

Kuriftu [email protected] 4* hotel in Bahr Dar is absolutely unique for its authenticity and comfort. It is located in a well-kept area on the shore of Lake Tana. The hotel has its own boat dock, which is a big plus. The national-style design gives this hotel an indescribable charm. Each of the rooms (and there are only 28) has a fireplace on the balcony, covered with exotic plants. And as a bonus, this fabulous place also has a great spa center. In Debra Zeyit, Kuriftu [email protected] 4* looks even more exotic than in Bahr Dar. On the shore of Lake Bishoftu, there are absolutely stunning bungalows. Here, too, there is a pier and there you can "raft" on kayaks. Both hotels have very good staff and service. In general, spa hotels began to appear in large and small cities of the country and in many tourists receive very good services.

In Lalibela, there is an interesting hotel with 16 rooms. This is the Harbe Hotel 3*. The "trick" of the hotel is the roof terrace of the building. It offers Instagrammable views of the city and the mountain peaks. Visitors usually go there in the evenings to admire the mountains in the sunset, sitting in cozy armchairs, and, of course, drink coffee. Sometimes you can have dinner there, and the local Ethiopian chef with his "kitchen" in the form of a kind of barbecue will move to the roof at the request of visitors. One of the Ethiopia visa requirements is to have proof of accommodation, so why not booking this hotel?

In Adama, you should see the airy architecture of La Residence Hotel andSpa 4*. The snow-white building in the Moroccan style seems to float above the greenery of the garden like a liner over the waves. The interior design is designed in the same style. A combination of white, red, and black colors, four-poster beds. High "pointed" windows create a feeling of airiness inside the rooms.

And in Adama, there is an oasis hotel Safari Lodge Adama 4*, with 17 rooms. It is famous for its Luxury Tower, which stands on the shore of the pool. It offers a spectacular view of the Great Rift Valley. The hotel is surrounded by the greenery of fruit trees, so everything is saturated with the aromas of mango, lime, and orange. The rooms are very comfortable, and the furniture in them is made of natural materials-rattan, cedar, bamboo.

The very unusual African Village 3* hotel is located in Dire Dawa. This is really an African village. The rooms are located in huts with courtyards. To complete the experience, there is a parrot and curious monkeys. The rooms themselves are decorated with bamboo furniture. But the service and food are at a high level. Many tourists who do not visit Dire Dawa for the first time prefer to stay here. But Dure Dawa is the second-largest city in Ethiopia. And tourists come here to admire the beautiful nature and the famous cave paintings dating back to the 3rd millennium BC.

7. Lodges of Ethiopia - Back to Nature

In general, there are quite a lot of authentic lodge hotels in Ethiopia, these are the most unusual hotels. This type of accommodation for tourists is usually common in African countries in Safari parks. At the same time, not all lodges in Ethiopia are opened by local entrepreneurs.

Simien Lodge, opened by a Dane, is located in the heart of the Simien Mountains National Park. This is the highest and, in addition, the only lodge in the National Park. Designed for 20 rooms, it is built in the form of tukel huts. But the rooms themselves are quite comfortable. And the heating and electricity are produced by solar panels. Trips to the National Park can also be arranged from here. They will give you incredible landscapes and an introduction to the endemic world of animals and birds. Usually, everyone is eager to get to know the Gelada monkeys. The only one of the monkeys that can not climb trees, and its appearance is very remarkable: on the chest, there is a very bright red spot.

There is also a lodge in Debre Zeyit that deserves attention. Babogaya Lake Viewpoint Lodge is located on the shore of a picturesque lake that appeared on the site of around crater. Near the water are houses with thatched roofs on stilts in the traditional African style. This design, combined with beautiful nature, creates a sense of being transported to the past and remote from civilization. The rooms are quite comfortable. And in the lake, you can swim, fish and go canoeing.

Not far from Hawzen is the popular Gheralta Lodge. It is unusual even among the colorful lodges. Stone squat oval buildings with roofs overgrown with grass create a sense of some primeval, moving in ancient times. The feeling is enhanced by the view of the mountains, which are carved with rock temples with unique architecture, ancient manuscripts, and paintings. The most popular is Abuna Yemata Guh, located at an altitude of 200 meters. And it's not easy to get there, you have to climb an almost sheer cliff. The rooms in the lodge are quite modern. The lodge is managed by the Italians Rizzotti.

Absolutely stunning location - Dorze Lodge. This complex is located on a mountain near the town of Arba Mync. It offers views of Nechisar National Park, Chamo, and Abaya Lakes. The Dorze people live in this area, and the rooms are located in huts built on the model of the homes of local residents. By the way, the furniture for the rooms is made by local artisans. Around the lodge there is a very beautiful garden, there is a large area where you can sit by the fire in the evening. And for a fee, local residents (dorze) You will also enjoy colorful folk dances around the campfire. A guided tour can be arranged to their village. This Lodge also has a very decent European and Ethiopian cuisine. But even without this, the place is so atmospheric that many people return there again to find themselves in the pristine natural beauty. You can talk endlessly about unusual hotels and lodges in Ethiopia. Each of them is a bright personality and an addition to the very unusual nature and culture of this country for Europeans. However, when traveling to this country, be prepared for the fact that most extraordinary hotels and lodges often have interruptions with light and water. Baths are also not everywhere. They don't go there for comfort, and it's not a country for luhari. Ethiopia is a country that is definitely worth a trip to feel like a part of the pristine world.

Topics
Apply for any visa in two clicks!
Food, Hotel, Restaurant
Do you want to get an Ethiopia visa easily?
Get your visa now 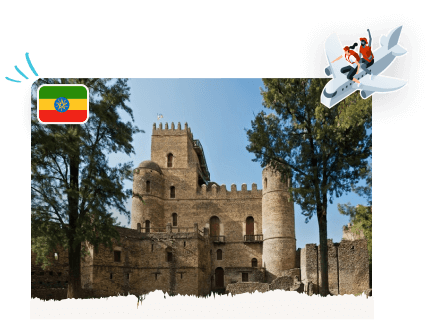