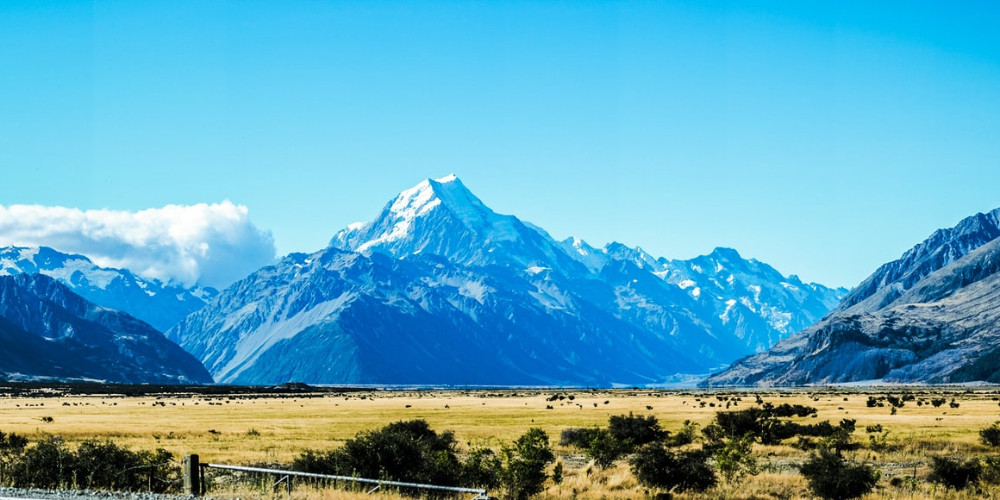 For sure, you know where is Ashgabat located-the capital of Turkmenistan, you can find Ashgabat on the map without any problems. However, we are sure that for many it remains complete information about this wonderful city. The fact is that after the independence of Turkmenistan, the country's authorities restricted entry to the country for foreign citizens, and for a long time the capital of Turkmenistan remained one of the most closed cities, and information came from there only from official sources. But recently, the Turkmen authorities have relaxed the procedure for obtaining visas, and Ashgabat has appeared before the world in its full glory. The city of Ashgabat is not the historical capital of Turkmenistan. The city began to be built only at the end of the 19th century, and before that it was only a small settlement on the way of the caravan routes from East to West. However, in 1881, the active construction of Ashgabat began (this was the name of the city from 1881 to 1919). From various cities and settlements of Turkmenistan, as well as from all parts of the Russian Empire, people began to flock to the new city, and in a short time Ashgabat became an important center of Central Asia on the world map.

The etymology of the city's name is very simple: in Persian, "ashg" means "love", and "abad" means "city". After the establishment of Soviet power, the city was renamed Poltoratsk, in honor of the Soviet revolutionary figure P. G. Poltoratsky, but in 1927 the city again became known as Ashgabat, and since then its name has not changed. The most sad and significant event in the history of Ashgabat is considered to be the devastating earthquake in Ashgabat, 1948, which is considered one of the most tragic in the history of mankind. On October 6, after midnight, the city was razed to the ground. More than 100 thousand people were killed, many were injured, and almost all the citizens were left without a roof over their heads. Many concerned people rushed from neighboring countries to the city of Ashgabat to help the Turkmen in difficult days, and the city was rebuilt, literally, rose from the dust. Now the city is the center of Turkmenistan, with Instagrammable buildings, impressive decoration, majestic monuments, and, perhaps, nothing reminds of those tragic days of the mid-20th century. In this article, we will tell you about the sights of Ashgabat, as well as the Instagrammable places of Ashgabat.

Let's start the list of "Ashgabat attractions” from this place. The Oguzkhan Palace Complex, formerly called the Turkmenbashi Palace, is the official residence of the President of Turkmenistan. Being very expensive structures made of marble and gold, it was built in 1997 for the former president Saparmurat Niyazov, who was called "Turkmenbashi", and in 2008 it was rebuilt again. The Presidential Palace is designed in the oriental style, and the height of the building is about 45 meters. We doubt that you will be able to go inside the building, but taking a photo against its background is quite an acceptable task. However, be careful.

Unlike the presidential Palace, it is not difficult for tourists to get to the Rukhyet Palace. It periodically hosts exhibitions, concerts, holidays, state receptions, etc. Rukhyet was built in 1999, and 9 years later, the largest fountain in Turkmenistan was erected in front of it. The park around the palace is one of the favorite vacation spots not only for tourists, but also for local residents. We are sure that walking through this Instagrammable place, you will make some great most liked Instagram photos!

The most important of the list of “Ashgabat attractions” is undoubtedly the monument of Independence of Turkmenistan, located in the park of the same name. The height of the monument is 118 meters, and at the base there are domes, through which the water of the fountains flows. Inside the object itself is a museum, which is open to all visitors. The monument was opened in 2001, in honor of the 10th anniversary of independence of Turkmenistan. There is a square near the monument, where you can find 27 monuments to the heroes of the Turkmen people. The impressive monument represents the power of the five largest tribes in the five stars at the peak of the monument. And the lower part is made like a yurt-a a traditional house of Turkmens. This monument also has a wonderful tradition. Every foreign guest of honor traditionally plants a young tree on the territory of the Alley of Honor, thereby helping to green the city. In the evenings, the monument is illuminated by spotlights, creating a wonderful backdrop for impressive Instagram photos. Do not miss your chance to take a photo on the background of the highest monument of Turkmenistan!

At the beginning of the article, we already mentioned that in 1948, the city of Ashgabat was shaken by a large-scale Ashgabat earthquake that destroyed 98% of all city buildings. Therefore, it is impossible to call modern Ashgabat an "old city". Here you will not find buildings that were not built in the 20th century. However, the "old city" refers to the parts of the city that were built after the Ashgabat earthquake in the Soviet style. Traditional houses with mosaics of the mid-20th century have been preserved in the capital of Turkmenistan. Basically, these are "Stalinki", "Khrushchev" and houses in the "Leningrad style". You can arrange a tour of the Soviet courtyards, which, without fail, have playgrounds. Visiting the courtyards, you can plunge into the atmosphere of the Soviet Renaissance and feel the spirit of the USSR. Unfortunately, the buildings, markets, and state facilities of the Soviet era are not preserved in any way. In the pursuit of everything new, Turkmenistan is actively demolishing the buildings of the "old times", which are replaced by new, super-modern buildings that are being built on a special scale. Nevertheless, fans of "retro" still have a couple of years to visit Ashgabat, which still retains the spirit of the past.

are considered to be one of the most famous and expensive in the world. The famous traveler Marco Polo mentioned the rich carpets of the Turkmens in his writings. Rare examples of handmade carpets are kept in many famous museums and collections of the richest people on the planet. Having a rich tradition, carpet weaving in Turkmenistan is considered a state symbol, and a holiday has been created in honor of it, which is celebrated on the last Sunday of May. It is noteworthy that the traditional ornament has found its place even on the flag of independent Turkmenistan. The Turkmen Carpet Museum carpet was established in 1993 and is annually updated with new and beautiful specimens. For example, the museum has both the smallest and the largest handmade carpet. On the territory of the museum, in addition to expositions, there are exhibition halls, conference rooms, production and science departments. The latter department is engaged in the study of the historical value of Turkmen carpets and restoration. Every tourist will be able to visit Turkmen Carpet Museum, which the locals are proud of, and it is well deserved. Some of the old carpets on display in the museum have interesting images and symbols that historians and cultural experts are puzzling over. Maybe you can find the answer? Another good reason to visit the museum is a special shop where every visitor can buy a real Turkmen carpet, issue documents for export from the country without bureaucratic formalities.

6. The city of white marble

The Guinness Book of World Records has officially confirmed Ashgabat as the city with the most white marble buildings. Rich deposits of gas, which brought billions of dollars to the country, were invested in the development of the city of white marble. Many people will think that this is all a demonstration of excessive luxury, but this move has a practical purpose. The fact is that Turkmenistan is the hottest country in Central Asia, and the air temperature in the summer months can reach about 50 degrees Celsius. The number of sunny days per year is one of the highest in the world, so white marble and luxury are also a means against heating the entire city. According to 2013 data, more than 4.5 million square meters of Ashgabat are covered with a white marble surface. Meet the "marble" building in the city is not difficult, so you can take many most liked Instagram photos in the Oriental style.

The main mosque of Turkmenistan, called the "Turkmenbashi Rukhy Mosque", is named after the first president of the country, Saparmurat Niyazov, who had the title "Turkmenbashi". The mosque was opened in 2004, and according to various estimates, it cost the country's treasury $ 100 million. "Turkmenbashi Rukhy" is considered the largest single-domed mosque in the world and the largest in Central Asia. At the same time, up to 10 thousand Muslims can pray on the territory of the mosque. Like most buildings in Ashgabat, it was also built of white marble, decorated with gold, and on the walls you can read quotes from the holy book for Muslims – the Koran and Saparmurat Niyazov's philosophical book "Rukhnama". The floor of the mosque is made in the form of an eight-pointed star and covered with a giant carpet of 215 square meters.

The 83-meter giant structure, built in 1996 and topped with a 12-meter gold sculpture by S. Niyazov, has long been a symbol of Ashgabat. After his death, the entire structure was dismantled and moved from the center of Ashgabat to the outskirts, and the golden statue was dismantled. Before the transfer of the monument, the arch slowly rotated in the direction of the sun and made a complete revolution in 24 hours. It also had an elevator to the panoramic platform, which offered a grand view. The transferred arch was opened in 2011 to mark the 20th anniversary of Turkmenistan's independence. Now the monument is open to all tourists who want to visit it and take some grandiose photos both against the background of the arch and from the panoramic platform.

Ashgabat Fountain can also be attributed to the main symbols of Ashgabat - the, capital of Turkmenistan, which is located on the highway leading from the Ashgabat International Airport to the city centre. This location was not chosen by chance – after all, the probability that all foreign visitors arriving in the capital are 100 per cent. 10 years ago, the fountain complex was included in the Guinness Book of Records as the highest number of fountains in a public place – 27. The central fountain depicts the legendary hero of the Turkic epics - Oguzkhan, who sits on a horse and his 6 sons, symbolizing the Sun, Moon, stars, sky, mountains and seas. It is noteworthy that the entire complex was designed by local architects led by the artist Babasary Annamuradov. According to the project, the complex symbolizes "the peacefulness of the Turkmen people, their unbreakable unity, unity and creative spirit, the power of modern Turkmenistan". Tourists are strongly advised to visit this Instagrammable architectural monument and take many most liked Instagram photos. You need to find out where is Ashgabat on the map, and be sure to visit this country. By the way, the complex can also be visited in the evening because it is illuminated by solar energy around the clock, and this place is included in the list of Instagrammable places in Ashgabat! Enjoy your trip!

Topics
Apply for any visa in two clicks!
Cities
Do you want to get a Turkmenistan visa easily?
Get your visa now 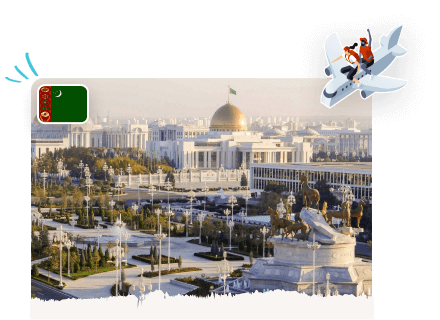