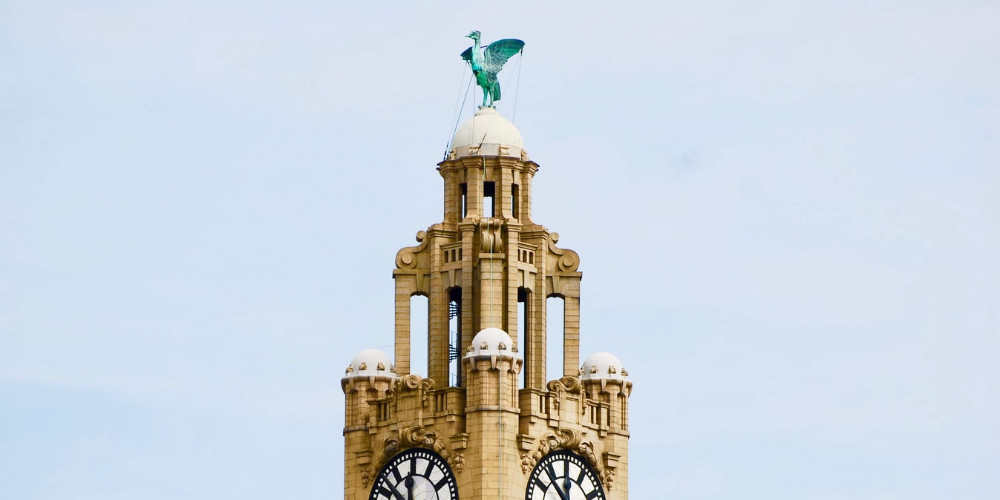 Why should you apply for a UK visa and travel to Liverpool? Although Liverpool city is mainly popular with its football team and The Beatles music band, it is also one of the most Instagrammable cities of Great Britain to travel to every season. Do you know where is Liverpool? The city is located on the eastern side of the Mersey Estuary river. This city is over 800 years old, and the city has lots of historical and Instagrammable places to visit, such as old streets, churches, castles, shops. Maritime Mercantile City was included in the UNESCO World Heritage list in 2004, and it encompasses Liverpool's six most famous sites with an area of 340 acres. You can book one of the beautiful Liverpool hotels for your stay in the city within this area. The city's key airport was named after musician John Lennon, and from there you can have a flight from Liverpool to London after your travel. Liverpool's popular nicknames are "The New York of Europe", "The Pool of Life". Also, it is known as the "Second capital of Ireland" and "East Dublin" because of its large Irish population. Dublin to Liverpool ferry eases an opportunity to visit both "capitals" of Ireland. Do you look for Instagrammable places for taking photos and sharing them on your Instagram account without any filters? Then, let us tell you about the 12 best Instagrammable places in Liverpool.

It is a statue of all four members of The Beatles group walking on the street. It is located on Pier Head str. L3 1BY and near Mersey Ferry Terminal. If you are coming here with Dublin to Liverpool ferry, it would be easy for you to take a selfie with Fab Four. The popular Cavern Club gave the Statue to the city in 2015. The settlement of the sculpture corresponds to the 50th anniversary of the group's latest performance played at the Liverpool Empire Theatre. Their bodies are bigger than real dimensions, and their weight is 1200 kilograms. Andrew Edwards shaped them. Don't forget to look at the details. Look at acorns in John's hand and an "L8" on the Ringo's shoe.

It is a wonderful piece of street art scene located on Jamaica str. L1 0AH. This work of art was created by local artist Paul Curtis and is dedicated to all the birds in the city. This place has been a favourite landmark for photographers ever since. The spot seems like an isolated place, which is good for most liked Instagram photos so that visitors have an opportunity to "turn" themselves into liver birds and take a photo. Most tourists prefer Liverpool to London in terms of street art. Moreover, there is the Royal Liver Building which is popular as a great background for Instagram selfies. The building has a clock, and there is a big liver bird statue on top of that.

Although the restaurant offers regular food, it should be visited for its impressively aesthetic Instagrammable view for your most liked Instagram photos. The restaurant is situated in the good-looking Old Blind School on Hardman str. 24, just near comfortable Liverpool hotels. It has a stunning and flowery internal design, blossom alike lamps, and creative cocktails are perfect for shoots. It's known as the city's "most located bar" on Instagram, and it will "let your photos blossom".

Located on Hope str. 60, the Floral Ark door of the Instagrammable restaurant in an old building is another wonderful spot for your Instashoots. The arc is full of blossomed flowers all year round. The type of flowers is changed depending on the season. Visitors are obsessed with the whole Georgian Quarter of the city. It is adorable, sophisticated and quiet, even though it is located in the city centre near busier Liverpool hotels.

Historically Liverpool was a port city, and the Royal Albert Dock is unquestionably the ordinary example. Every place on the dock is lovely for photographs, especially come here after the afternoon and have a walk nearby to grasp what you can shoot. You can take a picture opposite of the entry to the Beatles Story, then take a selfie in front of the waterfront horizon. Also, you can wait till the sunset to photograph its beauty. There are lots of bars, cafes, restaurants to have various tastes. If you are coming from Ireland, comes the dock with Dublin to Liverpool ferry. Moreover, if you like marine travel and coming from London to Liverpool, you can come on a ferry, too.

If you are coming from London to Liverpool by car via the south entrance of the city, you will see a great piece of Victorian architecture in Sefton Park. It is a glass greenhouse, a beautiful Palm House, the botanical haven for tropical plants. Here, you can escape from the city's bustle. After a long travel, this park would satisfy you with its multi-colour blossomed flowers and trees. You won't need to find a particular place to take a photo, every corner of the park is for the best photoshoots.

The church is located on Leece str. L1 2TR is an old 19th-century Gothic church. St. Luke's Church was bombed out during WW II in the 1940s by Nazis like other cities from London to Liverpool and after that is called Bombed out Church. However, its remaining parts, gardens and cafes around the church and its revival gorgeousness with the roofless building still attract many visitors and make the site one of the great areas of Liverpool to take photos for your Instagram account.

It is perhaps one of the best places in Liverpool. Queen Avenue is an old-fashioned shopping street hidden near Castle Street, and it is built up completely of two grade shops, buildings and other constructions. For example, Georgian style lamp posts, wineries, hair salons, art galleries, markets, etc. It is a magical place if you want to get a slight interest in your Instagram profile. Just come to Queen Avenue take the most liked Instagram photos anywhere you want. The place is considered one of the city's oldest areas, and historic Liverpool hotels are situated here.

It is the rooftop bar on the restaurant's balcony area, and it usually opens from March till October. You can have a drink while enjoying the Instagrammable view of Liverpool. It is an entirely wonderful and open-air oasis in the centre of the business district and is known as the "Goodness Gracious Terrace Garden" situated on Water Street. Dublin to Liverpool ferry can be observed from here with spectacular sights of The Three Graces and the waterfront.

It is an attractive cafe and restaurant on Bold str. and has a wide-ranging assortment of coffees, meals with vegan and vegetarian options. Also, it is one of the most fabulous Instagrammable places to take photos in Liverpool. If you want to be happy and take photos, you must come here without a doubt. It has delicious meals, a vibrant atmosphere, and corners for Instagrammable shots. Weekends are perfect for coming but be assured to reserve a table a few days before because it is pretty busy. Moreover, do not forget to take photos on the outside pink walls with interesting graffiti designs. If you are coming from London to Liverpool by train, it will be easy for you to access Love Thy Neighbour.

Historians say that before this library, the reader went from Liverpool to London to find books. Then Liverpool Central Library was built to prevent this difficulty. Picton Reading Room of the Library is the best spot, particularly if you are a reader of Harry Potter books because there are many books and pictures of him. The walls of the building, from floors to ceilings, are covered with shelves full of books. Even if you are not a bookworm, the library is still a wonderful place to visit because of taking selfies inside with bookshelves, buildings' architecture, and the roof with magnificent outlooks to take Instagram photos over Liverpool.

Back then, the lambananas might be seen all over the city, but now their numbers are so decreased, and the probability of seeing them is very low. However, you can find an 8-ton statue of one with metal in yellow. It is posing as a sheep joint with a banana. Taro Chiezo designed this Superlambanana, and it gets more popular as selfies taken with it.

It is the street art masterpiece for the memory of the Beatles' Abbey Road album. Paul Curtis on Grafton Street painted it. Don't forget to take your three friends, too, for posing like the Beatles. After that, you can go from Liverpool to London to see the actual Abbey Road where the Beatles' famous album's cover photo was taken.

Topics
Apply for any visa in two clicks!
Cities
Do you want to get a United Kingdom visa easily?
Get your visa now