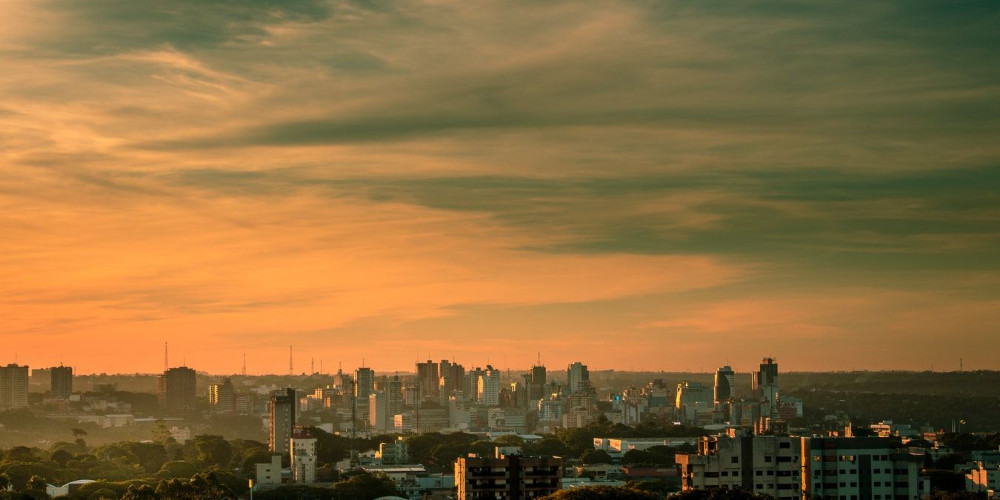 Have you ever dreamed of traveling to Southern America but never knew where to start your trip? Well, do not worry because I have got you covered just right. Our next destination will not only take your breath away from the first moment of your arrival, but it is also guaranteed that this city will become one of the highlights of your traveling adventure! Without further prolonging, welcome to Asuncion, Paraguay! Where is Asuncion? The city is the Paraguay capital and potentially the main way to get from Argentina to the state. It has a population of around two million, and it is expanding out a little bit. Along the undeveloped waterfront, the city's core portion has a grid architecture with fascinating views. In short, if someone asks you, "where is Asuncion?", you can say that the city is situated on the left bank of the Paraguay River, on the continent of South America, nearly at the confluence of this river with the Pilcomayo River. In the northwest, the Paraguay River and the Bay of Asunción distinguish the city from Paraguay and Argentina's western area in the southern part of the city. However, in this article, we will not be talking only about interesting places to visit in Asuncion. My main goal will be to show you just the best places to take your next most liked Instagram, so here are the Instagrammable places in Asuncion!

One of the top places to visit in Asuncion is this palace. Located in the middle of Asunción, overlooking the bay, this building was designed on the orders of Carlos Antonio Lopez to act as a residence for his uncle, General Francisco Solano Lopez, since the name of the building is Palacio de los Lopez. Various European artists have come to Paraguay to work with the decoration of houses. The palace was almost completed in 1867, although finishing details for completion were incomplete during the Triple Alliance War. No surprise that it is one of the most famous spots among Instagrammers. So, make sure that you visit Palacio while you travel to Asuncion Paraguay.

Copyright: @visitparaguay If you look for places to see in Asuncion where you can learn about the country's history? Then do not waste any time and directly head to Independence House Museum. A party of courageous Paraguayans came out of this house to declare Paraguay's independence on the evening of May 14, 1811. It is a national monument of considerable historical interest. The independence from Spanish colonial rule was prepared behind its walls quietly and courageously. Located on Presidente Franco and 14 de Mayo avenues, its marked colonial style makes it distinctive. The office room is one of the best parts of the whole museum.  This room contains important documents from this time, signed by numerous Paraguayan independence patriots. An office belonging to Fernando de la Mora and five photographs are also seen here, one of which stands out, reflecting a crucial moment of liberation-the intimidation of Governor Velazco, drawn by Jaime Bestard. Furniture and artifacts widely used during the colonial era are displayed in the dining room here. Even if you are not very into history, the museum still worth your visit as it is one of the most instagrammable places in Asuncion.

3. National Pantheon of the Heroes

During your travel to Asuncion make sure to visit the National Pantheon of the Heroes. The building of the Chapel of the Virgin of the Assumption, planned by the Italian architect Alejandro Ravizza, was ordered by President Francisco Solano López in October 1863. Yet, the house stood abandoned and scaffolded for over 70 years due to the War of Triple Alliance. It was only after the Chaco War in 1936 that it was finished and inaugurated on October 12 of that year, to become the National Pantheon of Heroes by presidential decree. The National Pantheon is the country's mausoleum, where the remains of the great heroes of Paraguay's history lie, including Mariscal Francisco Solano Lopez, Mariscal José Félix Estigarribia, who is a hero and winner of the Bolivian Chaco War and as well as his wife.

4. Botanical Garden and Zoo of Asuncion

One of the largest open spaces in Asuncion is the Botanical Garden and Zoo, located in natural forestry surrounding a large area to the north of the city. The zoo is home to nearly seventy animal species, including different breeds of birds, rodents and reptiles, most of which naturally represent South America's fauna. It is also worth mentioning that the botanical garden is home to indigenous plants, showcasing its lush trees' diversity and elegance.

If you are looking for historic places to visit in Asuncion where you can also take tens of pictures for your Instagram followers, this museum is all you wished for. Museo del Barro is a museum situated in the suburbs of Paraguay's capital. It started as a private circulated collection and obtained a permanent position seven years later. It comprises three different divisions: a pottery museum, a museum of indigenous art, and a modern art collection. About 300 items of pre-Columbian ceramics are stored in the clay collection, comprising some 4,000 pieces of wood, cloth, and metal from the 17th century to the present day.

In Asunción, the Church of the Holy Trinity is large and majestic and worth visiting. It was designed in 1854 for the president governing the country as a private place of worship. The ceiling is entirely adorned with sculptures, and in Paraguay, there are many beautiful photographs of the Franciscan era. It is a must-see sight protected by UNESCO that you should not miss an opportunity of taking a picture of during your travel to Asuncion.

Yes, another museum, but this one is pretty different, I would say. Museum was constructed in a great way was established as a fitting homage to the South American Football Confederation's stars, officials, and clubs. In South American countries, the museum exudes a vibrant spirit and enthusiasm for the game. Within, there are digital centers that are immersive. Football is in the blood of most nations in South America. This museum is a greeting to all those ardent supporters who have taken this game to this height. Who knows, maybe your next most liked Instagram photo will be taken right here!

This cathedral is Asuncion's main Catholic parish. It is located in La Catedral, a neighborhood in the historic center of Paraguay's capital. It was the first Rio de la Plata diocese. Under Don Carlos Antonio Lopez, the last extant model was designed and inaugurated in 1845. Interestingly enough, it is devoted to the patroness of the world's capital city, Our Lady of the Assumption. It has a silver-coated high altar. It is the seat of the Archdiocese of Asuncion, the Metropolitan. No one can deny that it is one of the most beautiful places to see in Asuncion.

About 650 works of art, drawings, sculptures, ceramics, prints, portraits, Paraguayan and foreign artists are on exhibit at the National Museum of Fine Arts of Asuncion and antique coins that belonged to its maker, furniture, and other artifacts. The museum was established in 1909 by Silvano Godoi, a collector. The National Archives, which has the largest number of papers related to the world's history, is in the same building. Among the sculpture series, the Paraguayan artists' works, Patricia Ayala, Andres Campos Cervera, Roberto Ayala, Hugo Pistilli, Jorge Wheat and Angel Yegros are illuminated, as well as the carvings produced in the Reductions. Besides, the museum exhibits sculptural sculptures by various artists, especially Europe from France, Italy, and Argentina.

10. Cultural Centre of the Republic

In all the things that have to do with national heritage, it has its crucial aim to strengthen conscience and gives the building where it stands the importance of a memorial. It was established on March 14 2004 on the then president of the National Congress, Senator Carlos Mateo Balmelli, chairman and an honorary member of the Centre, with the cooperation of all members of the Legislative Branch.

Another one of the must-see places to visit in Asuncion is Manzana de la Rivera. The architectural complex, located in Asuncion, Paraguay, is a collection of nine renovated houses and some new development. It is situated in front of the House of Parliament. Its name derives from the ancient word of the nearby street, Calle de la Rivera. A traditional colonial building dating from 1750-1758 is the Viola Residence. Its place corresponds to the configuration of the streets before Doctor Gaspar Rodriguez de Francia squared the town. The building has a roof of tiles. A gallery is located on the front side; right behind the gallery is a blacksmith store built on wooden columns and beams.

Honestly, I love a good green background for my Instagram pictures and if you agree with me, Lambare will be our next stop. Cerro Lambare is a mildly trafficked 2.6-kilometer trail situated near San Roque, Asuncion, Paraguay, which features a fantastic forest climate. For both ability levels, the trail is fine and is mainly used for hiking and walking.

Topics
Apply for any visa in two clicks!
Cities
Do you want to get a Paraguay visa easily?
Get your visa now 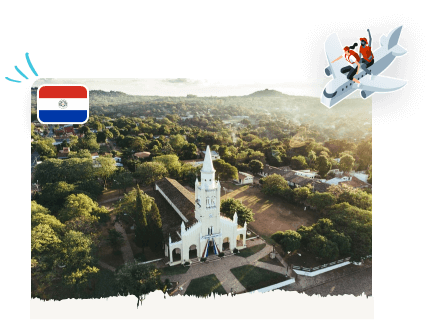