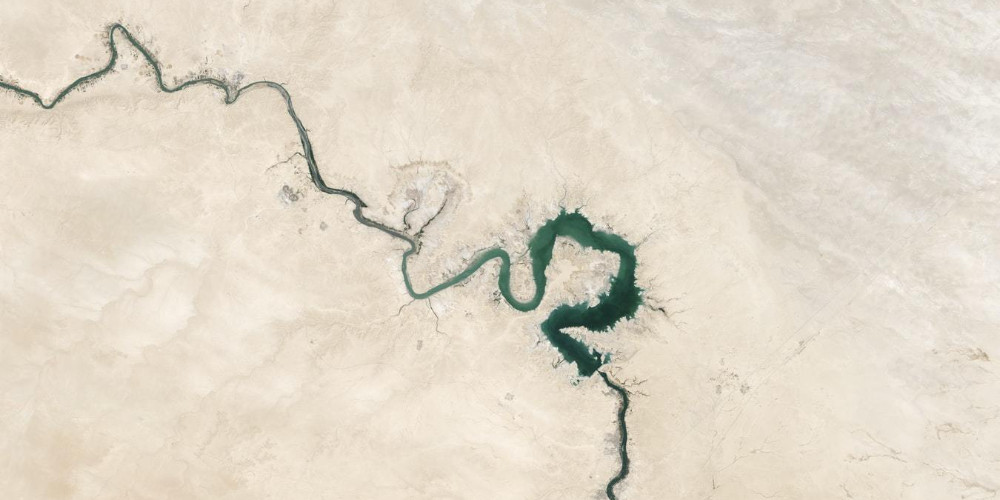 Before we start our blog about the Instagrammable places of Baghdad, let's find out where is Baghdad? Baghdad on the map is located in Iraq or as the governorate of Iraq is also called. The capital of Iraq, the city of Baghdad, is clearly still suffering from the conflicts that have torn its territory apart for decades. The road to Baghdad stretches across the historic Tigris River. Located in the center of the country, the city is washed by the waters of the Tigris River and has about 7 million inhabitants.

Baghdad attractions and cultural heritage, which is considered the cradle of all civilizations in the Middle East, has been severely damaged by war and bombing. The city of Baghdad, which was a true cultural center of the world more than 10 centuries ago, is now devastated by internal and external conflicts.

However, the capital of Iraq still harbors many cultural attractions, which we will try to introduce you to in this article and tell you about 12 Instagrammable places in Baghdad where you can take a wonderful photo for your Instagram.

The museum was founded by British traveler and writer Gertrude Bell and opened shortly before her death in 1926. It was originally known as the Baghdad Archaeological Museum. Thanks to the archaeological riches of Mesopotamia, its collection is one of the most significant in the world, and the museum continues to perform excellent scientific and exhibition activities to this day.

The connection with the British Museum over the years has led to the fact that the exhibits are always shown in two languages-English and Arabic and contributed to recognition throughout the English-speaking world. The National Museum contains important artifacts from more than 5,000 years of Mesopotamian history in 28 galleries and vaults. Now the collection is impoverished due to military operations and looting, but in recent years the museum has reopened its gates to tourists, where they can take beautiful most liked Instagram photos against the background of historical monuments.

The Instagrammable places of Baghdad are not only historical monuments, but they include the Baghdad Zoo, which was once the largest in the Middle East with 500 animals, was looted and abandoned shortly after the outbreak of war. A few years ago, a Bengal tiger was shot dead here by a drunken soldier, and the zoo gained a grim reputation. However, more recently, Iraqi families have begun to come back to the once famous and beloved place, where they arrange picnics, feed animals, relax in the shade of trees. The zoo was renovated several years ago, the cages were upgraded and new animals were brought in: ostriches, bears, lions ... Now the Baghdad zoo is open to all comers.

Umm al-Qura Mosque is one of the best places to visit in Baghdad. The Umm al-Qura Mosque, which means "mother of all cities", was founded in 1998 and cost the then government of Iraq 7.5 million dollars. It was built in memory of the victory in the 1991 war. It is noteworthy that the architecture of the mosque is also made in a military style. The minarets, each of which is 43 meters long, are made like a Kalashnikov assault rifle.

The mosque building is built of white limestone with mosaics, and the internal minarets on the peaks are painted with Iranian flags. Agree, it is not every day you can see a mixture of religion and war in one building, especially located in a fairly religious city.

4. Monument to the Martyrs

This is not the most typical tourist monument, but for the concept of the essence of the Iraqi soul, we still recommend visiting this memorial. It was erected in memory of those who died in the Iran-Iraq war by the architect Ismail Fattah Al-Turk. The monument is located on the shore of the lake, and in length reaches 40 meters. Many tourist guides advise you to visit this monument and take a memorable most liked Instagram photo on its background, of course, without joyful gestures.

5. The ruins of Hatra

Not far from Baghdad are the ruins of the once powerful city, now a UNESCO World Heritage Site - Hatra. This is the most Instagrammable places in Baghdad.

The city of Hatra was the center of the Parthian Kingdom, and because of its location on the caravan routes, it was a magnet for artisans, merchants, and other professions from all over the Middle East. To this day, many architectural monuments, temples of many gods, as well as gold coins, sculptures of the time of the reign of Parthia have been preserved. The city itself was founded around 3-4 centuries BC. Unfortunately, over the past few years, "due to" internal strife on the territory of Iraq and the actions of terrorists, Hatra has received serious damage. However, even the most desperate militants failed to destroy what had been built for centuries.

Now the ruins of the Hatra are one of the most visited sites on the territory of not only Baghdad and its suburbs, but also the whole of Iraq.

This Sunni mosque is considered a historical heritage of the capital of Iraq. Located in the Al-Adhamiya district, built-in 985-986. For many centuries, the Abu Hanifa Mosque passed into the possession of the Seljuks, the Ottoman Turks, the British and the Arabs, but did not lose its significance for the locals, who venerate this mosque as a shrine. The area of the mosque is 10 thousand meters and can accommodate more than 5 thousand visitors at a time. With 4 domes and 2 high minarets, the Abu Hanifa Mosque is rightfully included in the list of the most beautiful buildings in Iraq and the most beautiful mosques in the world. Unfortunately, as in many mosques in the country, only Muslims can visit it, but tourists can admire the architectural masterpiece of the 10th century from the side, take Instagram photos and show them off on their Instagram.

Mutanabbi Street is also called the birthplace of booksellers. For centuries, booksellers have traded on this street, located in the historic quarter of Baghdad. Despite the war, dictatorship and devastation that lasted for years, the book trade did not stop here for a minute. There is a saying throughout the Arab world: "Cairo writes, Beirut prints, Baghdad reads." This proverb accurately describes the value of culture and the love of reading for the inhabitants of this glorious city. The flavor of this market is also given by the fact that here you can find any literature, starting with Marquez, ending with rare editions of classical Arabic works and deeply technical textbooks.

Also along this street you will find many restaurants and cafes, where you can often meet reading Arabs over a cup of fragrant Arabica and mint tea. We are sure that by visiting this place, you will not only come out with a great mood, but also a few most liked Instagram photos, which will capture the eastern colorfulness.

8. The Palace Of The Abbasid

The next Instagrammable places in Baghdad is the Abbasid Monastery. The Abbasids built their palace in the center of their Caliphate at the end of the 12th century, and to this day this palace retains cultural and historical value not only for Iraq and the Blessed East, but also for the whole world.

This palace is located in the historical center of Baghdad, so tourists will not find this tourist attraction difficult. The palace was built during the "Golden Age" of Baghdad, when it was the center of the Arab-Persian world. A luxurious building, with different mosaics of multicolored marble, mirrors and glass decorated with paintings. The unique ornament of the palace makes it attractive to this day. Medieval records say that the Abbasid palace was once decorated with gold and diamonds, but today this information cannot be verified. However, the Abbasid Palace is already a great place to take a keepsake photo and a vivid impression of Baghdad.

When it comes to the Arc de Triomphe, the first thing that comes to mind is, of course, the Parisian one. However, in Baghdad there is no less famous triumphal arch, erected in the late 90s of the last century.

At the base of the arch are two bronze hands holding swords that touch at a height of 40 meters. The length of each sword is 43 meters, and they are made of stainless steel. It is noteworthy that the swords were cast from captured weapons and equipment captured during the Iran-Iraq war. Today, these arches are just a glimpse of a once-powerful state in the Middle East, but for tourists, this is a great reason to take pictures under two huge swords. It is unlikely that you will find a second such object in the world. Another fact why it is worth visiting Baghdad and taking a photo on the Qadisiya sword handicap is a possible demolition in the future. The new Iraqi authorities are constantly arguing whether to leave or demolish the monument, which reminds the people of the long dictatorship in Iraq.

In the late 1990s, when the country was reeling from poverty and economic decline, former Iraqi leader Saddam Hussein decided to spend hundreds of millions of dollars on a project to build a new, grandiose Al-Rahman Mosque. Time passed, the mosque began to be actively built, but in 2003, due to a new war, the project had to be canceled. Today, obviously, Iraq has no money for the completion of this pompous mosque, and for 17 years the central dome has been unfinished, and giant cranes hang over the mosque. The government has no exact plans for this mosque, so when you arrive in Baghdad, be sure to go to the site of the old hippodrome, where this lone mosque now stands unfinished. The city of Baghdad is now trying to recover from devastating wars.

In 1961, the architect Javad Salim created a large sculpture dedicated to the liberation of Iraq, which was installed in Tahrir Square. A few years before that, or rather in 1958, Iraq was covered by mass demonstrations, which inspired the sculptor to create this masterpiece. It depicts civilians in Baghdad and other cities of Iraq who participated in the revolution of 58. The place where the rallies were held was Tahrir Square, where the city's residents flocked in droves. Now the Monument of Freedom is standing there, but unlike those years, you can safely approach it and take some Instagram photos that will adorn your Instagram.

By the way, the bas-relief was created under the influence of Assyrian and Babylonian architecture, as well as the post-impressionists, whom Salim admired so much.

We conclude with a selection of 12 Instagrammable places in Baghdad and a list of "Baghdad attractions" probably the most beautiful mosque in Iraq, namely the golden Mosque in Baghdad. Initially, this place was revered as the burial place of Imam Kazim and Imam Musa, as well as the great scholar Nasreddin Tusi. The mosque here was built only in the 16th century, and in 1813 the minarets and domes were gilded, after which the Al-Kazimiyya mosque was called the "golden mosque".

As we wrote above, non-Muslims are not allowed to enter the shrine, but do not despair! All the beauty of the mosque is precisely in its appearance, which will be clearly reflected in the photo in memory of your trip to the city of Baghdad. The road to Baghdad will be full of positive emotions for connoisseurs of the history of the Middle East. 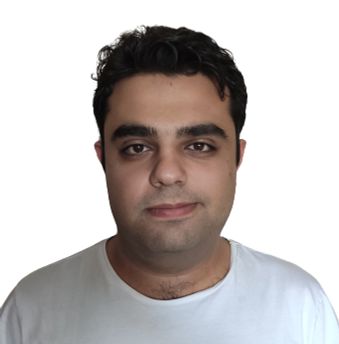