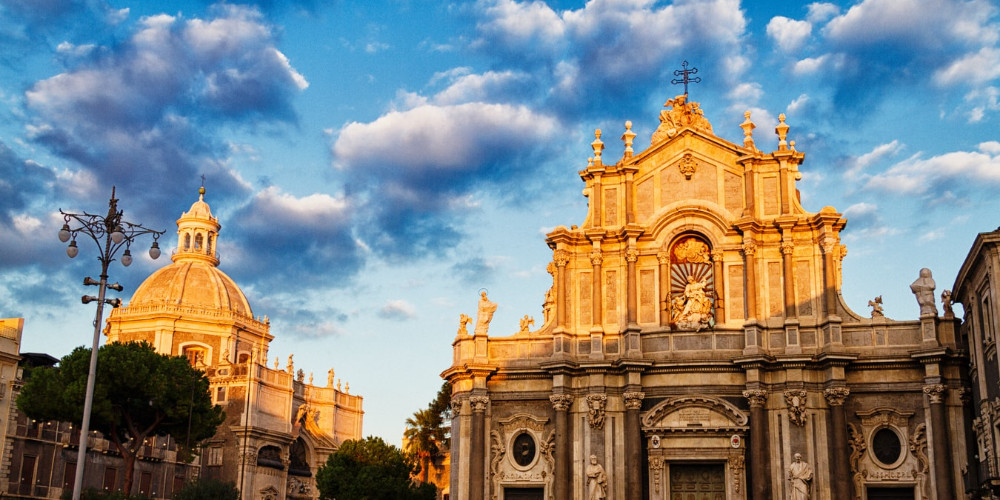 If you do not know what to do in Catania, for lovers of religious architecture, Sicilian Baroque, the Metropolitan Cathedral of Saint Agatha is a real gem. The baroque is only a part of the architecture of this church located south of the homonymous square. The Norman and Swabian traces are also clearly visible, evidence of the subsequent reconstructions the building has undergone over the centuries. After the original construction at the end of the 11th century, the church of Saint Agatha underwent radical interventions both after the earthquake of 1169 and the fire in 1194. Then, in 1693, the most serious episode of all: another earthquake, with its epicentre in the nearby Val di Noto, which forced the almost entire church to be rebuilt. Hence, Sicilian Baroque's preponderance characterizes both the interior, with three naves and a Latin cross and the church's exterior. Finally, a curiosity for opera lovers: the church houses the remains of the young composer Vincenzo Bellini brought back to his hometown in 1876 after his initial burial in the Parisian cemetery Pere-Lachaise.

2. Palace of the Elephants

One of the most Instagrammable places in the city, the Town Hall of Catania is an example of advanced balance between the Baroque decorative vitality and the sense of order and measure of the neoclassical style. A difficult synthesis, especially considering that it took almost a century to build the building. In the hall of the Town Hall, also known as the Palace of the Elephants, two carriages from the eighteenth century are kept. One of them is used on February 3 to transport the mayor to the church of San Biagio in Piazza Stesicoro. In this church, where the furnace used for the saint's martyrdom is kept, the first citizen, according to tradition, offers wax to Saint Agatha on the day of her anniversary. Overall, it is a wonderful place to take your most liked photo on Instagram.

3. Church of the Abbey of Saint Agatha

Not far from the Cathedral and the Elephants' Palace, another monument deserves to be visited. I am talking about the Church of the Abbey of Saint Agatha. According to many critics, this is the building that best reveals the art of Giambattista Vaccarini, the architect who contributed most to the Baroque reconstruction of Catania after the 1693 earthquake. From the facade to the portal's decorations, up to the imposing dome, stylistic solutions of great artistic value follow one another, with the further advantage, recognized by many, of not completely distorting the previous structure. In the form of a Greek cross and finely decorated, the interior is at the height of the external splendour. It is an ideal place to take the most liked Instagram photos.

Do you want to walk in the park in Catania? It was right among the most beautiful gardens in Europe but, as the people of Catania call it, retains great charm. A green lung in the city centre where you can walk, run and take nice photos. Of course, the distance from the past glories is considerable, but there remain numerous traces of the glory that was. One is the avenue of the "Illustrious Men", west of the park, with the busts of the most famous characters in Italian and Catania history.

Via Dei Crociferi is a very particular street since in about 200 meters it collects four churches. You can see the Church of San Benedetto with its characteristic staircase of the Angel, the Church of San Francesco Borgia, and the Jesuit college, without forgetting the Church of San Giuliano. To understand the importance of this place, more or less, think that it is part of the UNESCO World Heritage Sites.

There is a black sand beach that the municipality of San Giovanni Li Cuti has diligently equipped with showers and more. In short, in summer and winter, it is one place to stay in Catania Sicily, not surprisingly very popular with residents and tourists. Also, here you will find the best hotels in Catania and Catania restaurants.

Just as it happened in Naples, even in Catania, the underground quarries served as anti-aircraft shelters during the Second World War. If you are going to discover the belly of the Sicilian city, this place is an absolute must-do.

Catania paid a very high price during the Second World War. The museum traces this particular and decisive historical phase. It does so in a non-oleographic way, that is, not uncritically exalting the role of liberators played by those who a few days later became the allied troops. Even those who have compared the museum of the landing of Catania to that is certainly more famous, by Arromanches-les-Bains, which retraces the phases of the Normandy landings.

You are travelling to the rhythm of the "Muntagna". It is the magic of the Circumetnea that connects Catania to the towns on the slopes of Etna. Let's clarify that this is a railway line conceived from the beginning to meet the city's growing mobility needs. Therefore, you will be wrong to consider it a tourist line. Nevertheless, if you like to travel rather than go on vacation, and therefore the absence of air conditioning does not scare you, the journey from Catania to Riposto is an experience to try. A journey into the contradictions of land where the periphery is degraded, the initial section from Catania to Misterbianco soon contrasts Adrano and Randazzo's lava landscape.

The Benedictine Monastery of Catania is one of the largest monastic complexes in Europe. Five hundred years old, today it houses the Department of Human Sciences of the University of Catania. However, the Monastery is a place of refuge for Benedictine monks and was also the site of a barracks and a school. This site, which has become part of the World Heritage Site, preserves inside wonders such as the hanging garden and even a Roman Domus.

Wherever you go, it will seem that "Muntagna" will follow you. Whether you are in Taormina, Catania, Randazzo, and further afield, Etna will always be there to watch you. On the other hand, few realize that the summit is 3,323 meters high: I am talking about heights that no Apennine mountain reaches. Sooner or later, you will have to take a tour to get a closer look at it, even if the summer crowds certainly will not encourage you.

Teatro Massimo Bellini is an Instagrammable building that includes an orchestra of 105 elements and a choir of 84. Today, unfortunately, you can only see a small part of the whole building, which includes a hall with four tiers of boxes and a richly decorated one. On the other hand, the ceiling is frescoed with images of Norma, Bellini's most famous work, the Sonnambula, I Puritani, and Mirata. The curtain instead retorts the "Victory of the Catania over the Libyans".

Apply for any visa in two clicks!
Topics
Cities
Do you want to get an Italy visa easily?
Get your visa now 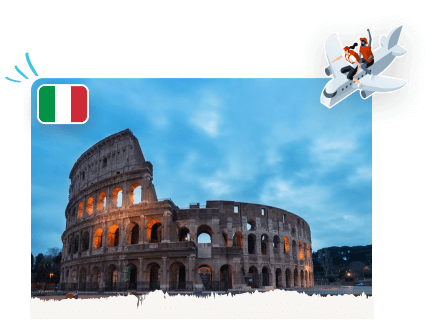